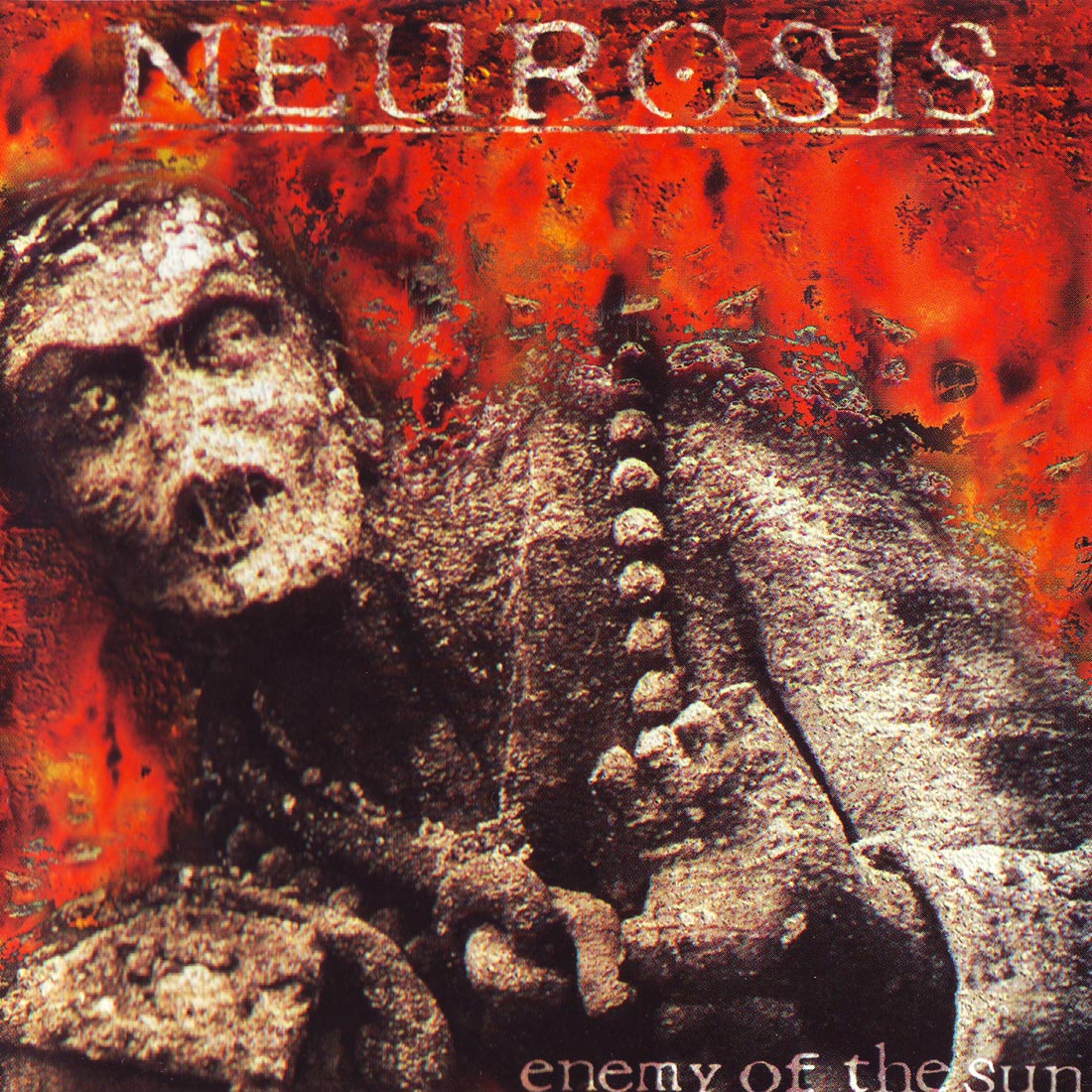 Neurosis‘ focus on music as a cathartic experience makes them more than a little difficult to process, not only by virtue of their power and volume but as a result of their fondness for taking extended hypnotic sections and twisting them to become endurance feats. Their use of space and tension is rarely matched by heavy music, but alongside this their use of textures have consistently evolved and developed. On their 1993 record Enemy Of The Sun, they focused their approach into something that would take the form that they favour today; a sample-heavy, dramatic, tribal take on their vitriolic approach to metal.

Neurosis have always favoured a longer-form for the records, with albums frequently running long over an hour; no exception here. The enemy of the single cut, Neurosis records are best experienced in one, intense session. With that in mind, EOTS is a much more varied approach to their sound than previous record Souls At Zero; an embrace of tribal music, they’re much less riff-focussed here. One of the defining features of EOTS is how mercurial it is; it’s much harder to pin down individual sections. The record is punctuated by scrappy samples, opening with whispered, inquisitive voices (“are you lost?”) and building to a longer piece later in the record regarding self-immolation. The detached tones of these samples are unsettling and match with a record that’s more about mood than crushing metal power. EOTS builds around sparse percussion and a winding bass riff, building tension as the samples weave in and out of harsh guitar feedback. By Raze the Stray they’ve exploded into Neurosis’s trademark gangly, slow groove which explodes into eerie, high-pitched chanting to close the track out. Burning Flesh In The Year Of Pig opens with a sample describing the self-immolation of Buddhist monks, a harrowing piece that sets the tone for the track, a classic Neurosis slow-burn.

The second half of the record continues to establish their take on raw musical catharsis, throwing up wild, strange riffs on the midway point of Lexicon. By the time this track rolls around, the chanting samples have become a key theme, a thread that strings together moments of phenomenal violence. The repeated theme of heavy tribal drums becomes clearer after the mid-point of the record, a repeated theme that strips the record back from its heavy mess of noise, haunting sounds and visions. This builds to a dramatic conclusion on Cleanse where the drums are stretched as far as they’ll go taking the textures and flourishes from the record and building them up to their own presence.

Listening back several years on, it’s rewarding to balance the difficulty of the subject material with rewarding moments found in the cracks; it’s an ideas-heavy record and an incredibly and deceptively busy one.

This is a style that Neurosis really leaned into on later outings, which eventually fuelled their rise into the juggernaut they are today. On this record, adding extra layers and elements helped expand their sound from a cathartic grind to something that was deeply rewarding on repeat listens. As I type this on a blisteringly hot day, I appreciate the anti-sun sentiment.