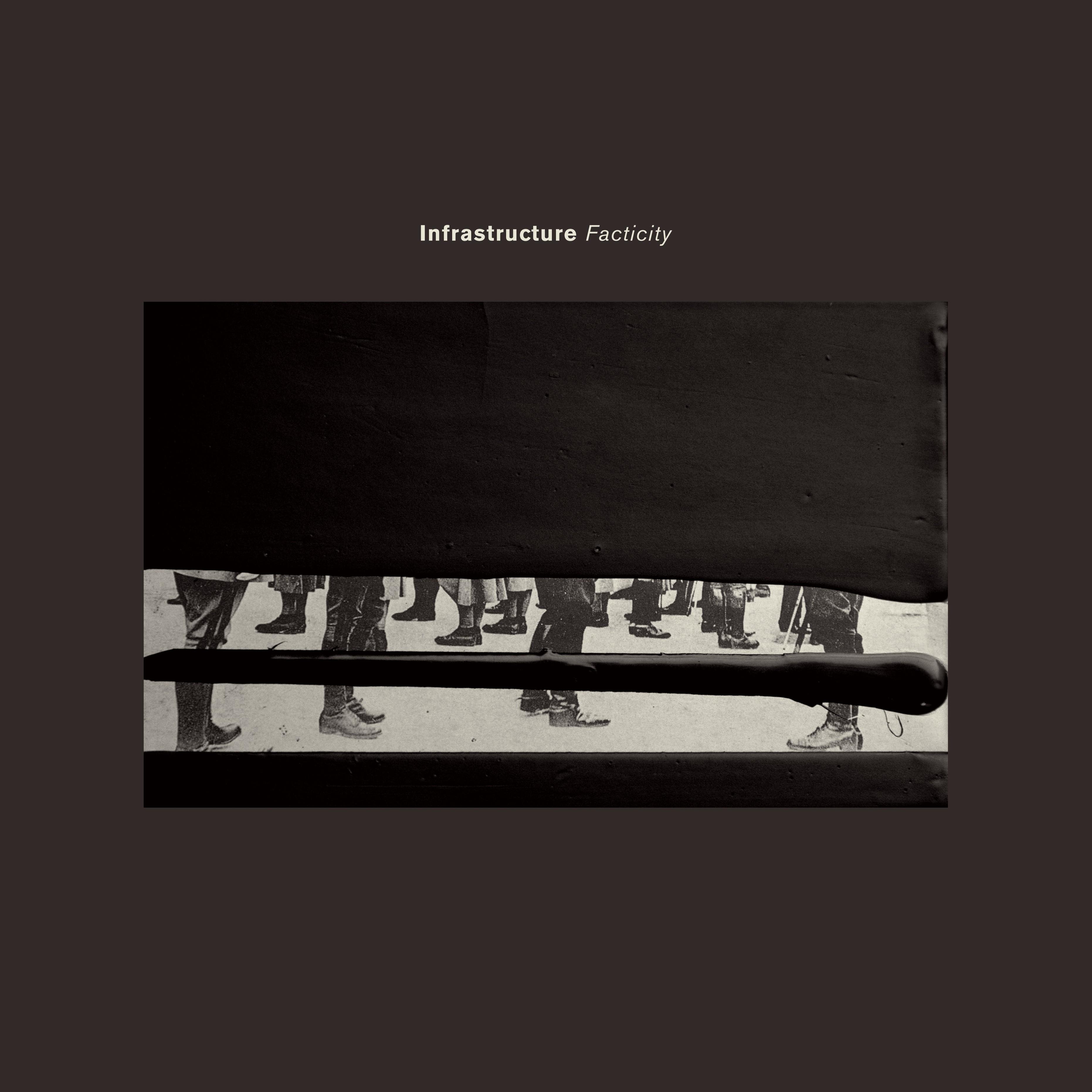 In the late ‘90s, the label Infrastructure New York was an outlet for the sporadic releases of David Sumner (aka Function), but in the last two years it has re-emerged as a more consistent platform for electronic music. In the next years, many great artists saw their releases put out through Infrastructure, including Ed Davenport (aka Inland), techno fiend Post Scriptum, avant-garde composer Campell Irvine, acid pioneer Mark Archer (aka Trackman), Cassegrain & Tin Man among many more.

The big milestone however comes with Facticity, a 4×12’’ vinyl box set, featuring a variety of different artists, including: Function, Inland, Function/Inland, Campbell Irvine, Post Scriptum, Cassegrain & Tin Man, Rrose, Efdemin, Vatican Shadow, Silent Servant, Blue Hour, Steve Bicknell and Cleric. A rich collection of diverse styles and influences, ranging from avant-garde constructions and post-club aesthetics to contemporary techno. When considering the artwork and presentation of the compilation by Robert McNally, with its anti-establishment and censorship-related overtone characteristics, this works appear more and more as a manifesto for electronic music.

The multilateral compilation is able to address many diverse sounds, starting off from the avant-garde visions of Campell Irvine with his track “Dislocation Is Only The Beginning,” and brilliantly carrying on with the dark, ethereal viewpoint of Vatican Shadow in “Swords Over Paradise.” In a similar vein Efdemin’s “Kassiber” constructs through means of backwards progression a daunting sonic concept. The scenery changes with Rrose’s “Cephalon” and the capabilities of rhythmic manipulations, something that to a certain extent is addressed in the first appearance of Post Scriptum, with “ISDAT” revealing their twisted representation of club music, with the appearance of samples and subtle enhancements. A notion that is taken to dark extremes with Post Scriptum’s second contribution, “Donbelief.” The scenery shifts to more straightforward paths with Cassegrain & Tinman, who initially produce their techno self in “Polyacid Blue” in an upbeat and energetic fashion, before retreating to a state of melancholy with “Open Sea.” Blue Hour and Function carry on bringing the strong techno vibe to new heights with their tracks, “Averting” and “Low Lights & Mirror Tricks” respectively, while Inland carries on down the same road with an acid infusion in “Acidalia” and Steve Bicknell’s chaotic allusions of the genre introducing dissonance to the upbeat dance music concepts. A highlight is also the collaboration of Inland and Function on the massive “Colwyn Bay,” constructing immense soundscapes with their meticulous approach.

And since such a collection would not be complete without the dystopian visions, Cleric provide “Concrete” to reveal the distinct connection of electronic music and with the darker extensions of fleeting noise and sparse collections of sound, while Silent Servant brings an end to Facticity with his strong noise injection in “End/Optimism.”

Facticity is a complete compilation. The artists participating in this endeavour are true veterans of electronic music, each with his own concept and history making Facticity a diverse work of electrifying concepts.