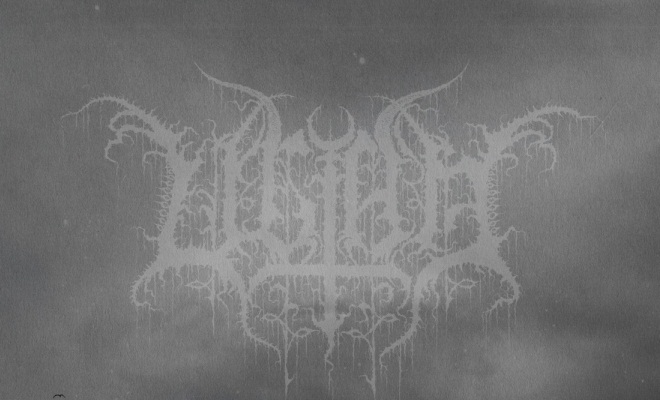 Black metal feels like an increasingly intriguing genre in 2015. The spin-offs; the cross-genre pollination; the experimentation; it all adds up to an abundance of exceptional releases and some incredibly interesting listening that often finds itself unchained from the archetypal components that have fed the genre over the past thirty years.

Germany’s Ultha may be predominantly swathed in black metal, but the individual members’ past endeavours betray their influences wholeheartedly and unashamedly, adding a distinctly morose and oppressive weight that embraces the darkest corners of the myriad obsidian worlds they once dwelled within. The recent demise of the much-admired Planks paves the way for guitarist and vocalist Ralph Schmidt to delve into new territories and, known here only as ‘R’, brings with him a wealth of experience from his time fronting the masters of the downtrodden.

The music speaks unabashedly of desolation, yet amidst the blighted and barren landscapes that form the backbone of Pain Cleanses Every Doubt an intense fervour can be heard; dwell long enough within such austerity and the tormented shrieks of bass guitarist ‘C’ (formerly of German hardcore troupe Goldust) and what emerges is in equal parts expansive and voracious, with Planks’ atmospheric sludge and post-metal dirge becoming a key point of reference for the foundation of Ultha’s sound whilst managing to retain an entirely individual and captivating personality.

The band’s utilisation of deep and penetrating riffs stands out prominently within the album’s sombre existence, ensuring the more melancholic aspects are intertwined with stark and scornful black metal and with enough moments of brazen aggression to prevent it wandering too far into full-on depressive territory. ‘You Exist For Nothing’ and opener ‘Crystalline Pyre’ both exemplify this admirably; each with their own defining riffs that sets them apart from any forgettable fate and the latter comfortably justifying its post-ten minute running time.

‘Death Created Time to Grow the Things It Kills’ an altogether different beast – the band slowing the pace significantly as they begin to fully explore their newly-created world. The standout moment however comes in the form of ‘Perpetual Resurrection’; the lengthy build-up serves only to heighten the impact of what could be one of the most scathing and gratifying black metal songs released this year, its almighty riff matched only by Manuel Schaub’s intense drumming and the band’s impeccable sense of urgency and careful use of melody. The production delivers a kind of ‘best of both worlds’ compromise between the clarity needed to bring out the individual elements and the rawness required to accentuate the dense, crushing ferocity that Ultha peddle with such passion and alacrity. With such a healthy injection of dejection and melancholia, Pain Cleanses Every Doubt feels like a wretched beast. Yet make no mistake: Ultha do not hide behind superfluous misery or plaintive discontent, and nor do they digress from their desired destination. They spit their venom with unrivalled passion – revelling in the bleak world crafted by their own hands. When music this damned is delivered in such a way that it becomes not only compelling but entirely indulgent, the songwriting skills of a band whose members have only just begun to explore such musical realms suddenly becomes clear. A fair world will see this release adorn year-end lists across the globe; but then, would a truly fair world have allowed for such a piece of music to have been created in the first place?