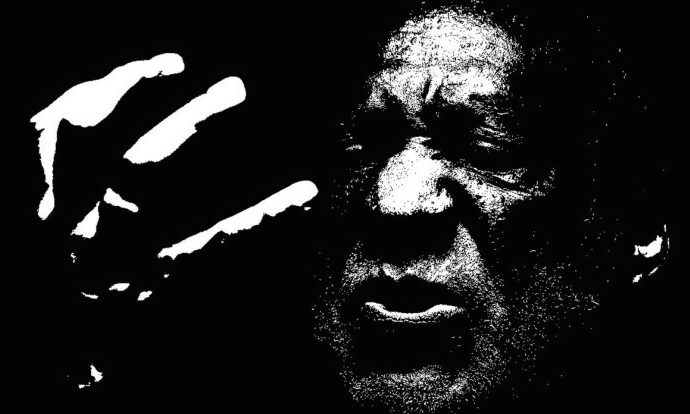 Today I read some pretty insane news that a bacterium resistant to the strongest antibiotics has been found in a woman from Pennsylvania, making this the first ever case on US soil after reports of such a “nightmare-bacterium” having been found in China. Since antibiotics are the only known way to stop bacteria, that means there is no defense against this new deadly strain of once very common and harmless lifeform. Think about it. Imagine the Bubonic Plague, Leprosy, and a bunch of other insane bacterial plagues coming back in full force with nothing at the disposal of mankind to stop them… Almost the same day, Trump officially became a presidential candidate running for the White House in the next upcoming presidential elections. What the fuck is this world headed into? Good thing we have heavy music at our disposal to deal with all this shit humanity keeps piling on it self…

Die Already are a hard as fuck hardcore band from California, and this Bill Cosby release of theirs is just out of fucking control. A real sonic choking. This is punk for the devastated. Hardcore for all the nihilists out there. A spiteful vomiting of bile on the face of society. Bleak as fuck, razor wire riffs, unbelievably chaotic rhythms, throat-ripping vocals, and atmospheres of absolutely lawless despair and savage grimness. Fans of Void, Catharsis, Crucifix, Integrity, Siege, and Dropdead will be ecstatic about this band. Hailing from Bielefeld, Germany, Tongue play grim and vast post-black metal in the vein of Altar of Plagues, Fen, Winterfylleth, Wolves In The Throne Room and the such, with other elements borrowed from the older and more conservative tradition of black metal: Emperor, Drudkh, and Craft. What’s cool about these guys is that you can tell their black metal has roots that run deep in the punk underground, so their shorter than average songs for the genre, and the immediacy and pragmatism of their songwriting, is something that ensures for smooth and seductive listen that captivates you and takes you away to far and distant places plagued with darkness, but not devoid of magic and colorful imagination. Artifact of Skulls is the shit that resides in the most harrowing nightmares. When you dream that maggots are crawling under your skin, that your flesh is rotting, your teeth and hair falling out, and that your life is just senselessly crumbling into total despair. Artifact of Skulls craft putrid, ultra-lo-fi, blown out, and demented black/death metal that sounds as if it was recorded in a forgotten torture chamber on a four-track. Sure, you will hear echoes of Blasphemy, Revenge, Conqueror, and Teitanblood in this swarming hell-hole of a recording, but you’ll also be entranced and hypnotized by the demented and repetitive raw punk vibe the whole thing has, something that just further enhances the total overload of aural disgust this thing forces upon the poor listener. A must listen for all the crypt-dwellers out there. Monument of Urns is a mysterious extreme drone doom entity hailing from New England. It’s completely fucking unclear who is behind this project or who the members are, but that’s not a problem in this case, since what speaks to us the most here is the vile music crafted by the band, something that puts everything else in second place. What’s most fucked up about this band is that it appears as if they have existed since 2005 and make only single track EPs. So yeah, they seem to be total weirdos with very few fucks to give, and that just makes them seem that much more rad. So, to keep faith to their tradition, this Broken EP is made up of a single twenty-minute pachydermic funeral dirge that will pound your body to pieces in a slow-motion, cacophonous, aural bludgeoning. Standing somewhere between Sunn O))), Conan, Moss, Hell, Thou, Corrupted and such other similarly tormented forms of doom extremism, Monument of Urns have crafted a sonic monolith of unbelievable heaviness and of fathomless wretchedness. Definitely one of the heaviest and most fucking absurdly crushing things I’ve ever heard this year. Raw Death, as the name gently suggests, are a punishing crust punk-raw death metal unit hailing from Mérida, in the bowels of Yucatán, Mexico. We all know Mexican crust is rad as fuck, and Raw Death are here to prove this fact once again. Sure, you could label the band’s formula simply as “stench,” but that doesn’t really do the band justice. There is just something in here that goes well beyond being only a simple fusion of Bolt Thrower and Amebix. Often the band slows down to a comatose, heavy as fuck, tank-like tread, something that reminds us of Coffins or Hooded Menace. Other times, weird cleans and eerie passages materialize almost as if the band has suddenly turned into a weird occult “punky” funeral doom band. All in all, this shit is just pretty damn unique and definitely worth checking out. Also, think of the challenges bands from Mexico may face to promote and spread their music. Just another reason to support these guys any way possible. Moirai are a weird as fuck and just fucking insane new dark hardcore band hailing from Santa Cruz, CA. If you know anything about Santa Cruz, you’ll know it’s the nation’s capital of weirdness. I mean, the city’s slogan is “keep Santa Cruz weird” for fuck’s sake, and any band I’ve heard coming from there has always had really pronounced traits of uniqueness. Moirai is no different, and they fuse together mauling dark hardcore-grind with slicing shards of black metal, weird ambient psychedelic dirges, and noise rock to create something truly unique and unlike anything else. The bizarre choice in recording this debut release of theirs with such a lo-fi and distant-sounding recording quality just adds extra mystique to a band that is pretty much impossible to pigeonhole. Think Gehenna, Dropdead, Bodychoke, The Body, and Full of Hell all blurred together into one swarming mass of rabid punk-charged hatred. 7. BARREN ALTAR – A Monument to Endless Suffering / Stations of the Heathen Cross

Barren Altar are no news to CVLT Nation, but now the Santa Rosa, CA-based Black-Doom overlords have diligently remastered their debut release, A Monument To Endless Suffering, which dropped last year and which now shines of a brand new and suffocating light. While you can read what we has said about this release in the past here, we urge to dust off this release again and give it a spin in it’s new form, because it is a unique work of art in the extreme doom underground, and something of truly imposing and intimidating presence. Fans of Cough, Thou, Indian, Lord Mantis, and of most nihilistic and hatred-fueled doom will love this release, but there area also plenty of melodic and eerie passages in here for all the Agalloch and Primordial fans out there as well. The band have also released a new single for the song “Stations of the Heathen Cross” – this is their latest work, and as you can tell it’s an unmistakeable symptom of the band’s vertical growth and of their brute force and uncompromising sonic vision. Invertebrate are also no news to these pages. The East Bay Area sludge-violence sociopaths, as they like to call themselves, are back at it with what they do best: snapping necks and crushing bones with their ultra-misanthropic surgical blasts of downtuned hatred. Sewing together grindcore, powerviolence, sludge and death metal in a hateful haze of noise and aggression, their music can create huge concrete walls of noise around the listener trapping them inside and unescapable maze of chaos. Recommended for all fans of Hatred Surge, Infest, Insect Warfare, Mammoth Grinder, Eyehategod, etc. Wren are an atmospheric sludge metal band from London, UK, who have close similarities in their style to mid-career Isis, Black Shape of Nexus, Neurosis, Cult of Luna and the such. These guys are masters at erecting heavy and grinding walls of feedback with their mammoth riffs, but they are equally agile in creating a constant flow of eerie melodies and ever-changing atmospheric tides. Wren’s music flows seamlessly in and out of intimistic and placid post-rock dirges and massive waves of abrasive and downtrend sludgecore heaviness. Highly recommended also for fans of Rosetta, Fall of Efrafa, Lightbearer, Mouth Of the Architect etc.