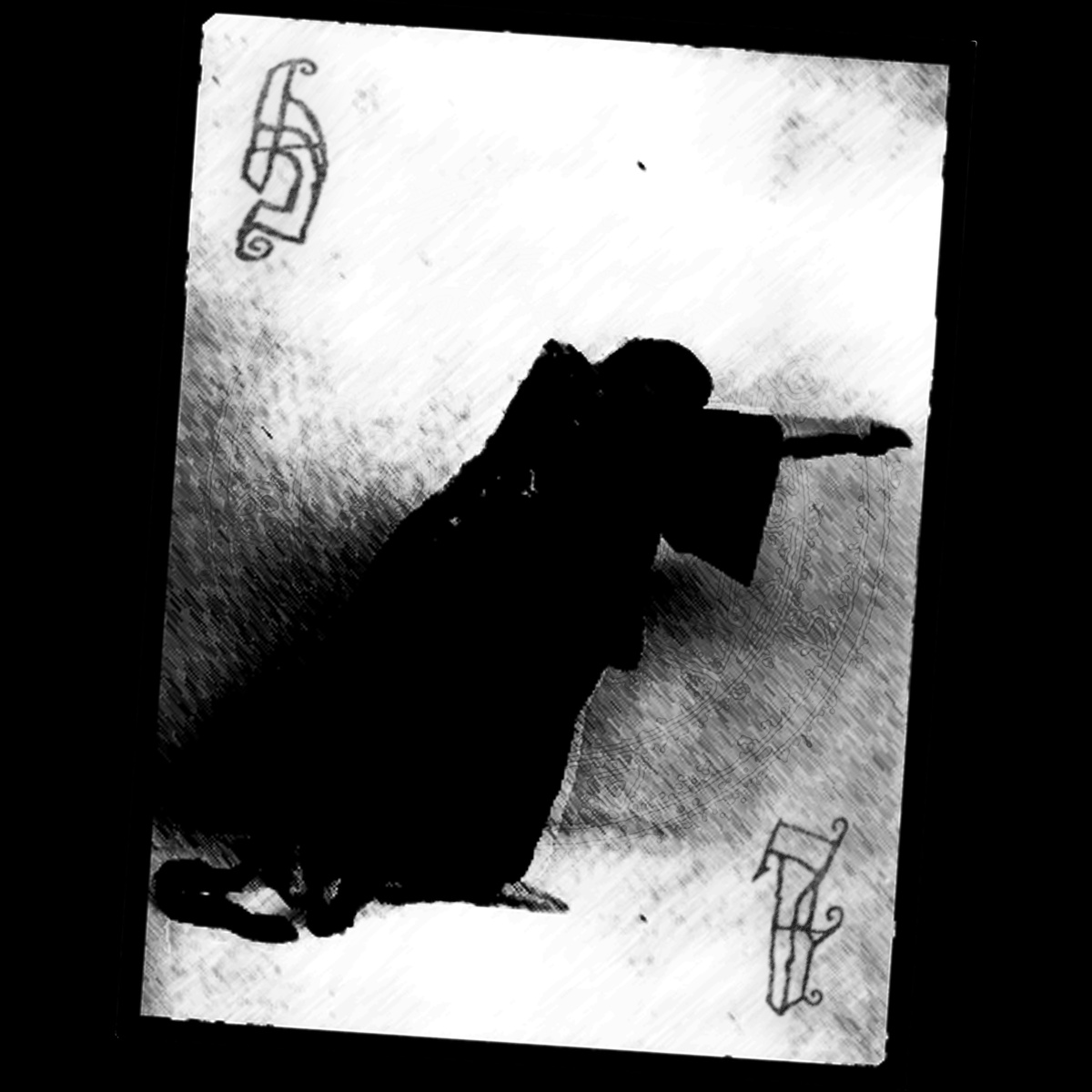 Chapter II: The Ritualist is Shaidar Logoth’s second release. They’re from Minneapolis, Minnesota, a state with as much frozen tundra as nearby Wisconsin.

Like the title of the band’s album closer, “Realm Befitting His Majesty,” this is black metal befitting a wandering soul in search of an illustrious treasure. Said album closer is swathe with buzzing, harsh tremolo riffs that cut like filthy razorblades. When this band is in full blast mode, prepare to be sucked into the little wires connecting your speakers to electronic hell, not in the context of the music being similar to powerviolence or noise. You’ll hurtle through transistors and wires, much like in cyberspace, said hell being vast when the soul diminishes into diminutiveness, and surfs the little spaces where sound like this travels at the speed of darkness.

Aesthetics are distinct, in spite of the necro treatment to sound production. The tremolo riffs sound like little fireworks shoved into wall sockets, electricity running riot through fiery blizzards of exploding neon lights. Shaidar Logoth go mid-tempo sometimes, the galloping riffs and harsh beats adding nuance. This music never bores. Play the album on repeat, loud as a megaladon’s roaring into the deep, and allow the icy strings to induce mass hypnosis.

The album isn’t rife with dissonance, but the plucked strings do reverb and ring out like pieces of broken glass tinkling into further irreparability. Humpty Dumpty should fall off any wall he’s sitting on whenever you play this, but he’ll shatter into a million little pieces of eggshell and there’s nothing you can do about it. He’s just fucked, and that’s it.

The vocals are harsh shrieks blending into the sea of riffs. They’re bombastic in high pitch, the chords traveling up the fretboard in parallel to the screeches.

The slow sections are eerie, the rung notes tinkling your nervous system like pulses of radioactive energy. A thousand watts worth of this is enough to shatter your Yngwie Malmsteen CDs. In duress at home for a weekend in a small suburbanite town full of conservatives? Turn your bedroom into a dungeon for the ages. Barricade the door, nail the windows shut, and play this album until the sun comes up. When darkness makes its first descent into the fiery, unfathomable depths, you’ll swear you’re looking at the world with a new set of eyes. So, teenage Ritualist, bring your friends! Get spanked by a trve black metal orgy like you’re a metal masochist.

The downside: the music isn’t the most memorable. It isn’t the catchiest. You’ll have to pay attention to what the band is doing, as the riffs shape-shift and the tempos vary some. There are bits of ambient music – floor toms and rung notes. Chapter II: The Ritualist is mystical more than entertaining, so it is definitely not for the uninitiated. Some of the music breezes by and repeated listens are necessary for the listener to appreciate the scope of the music and what Shaidar Logoth aims to accomplish. Still, I found this a worthy listen, majestic even. Black metal like this shouldn’t merely illuminate the few; but few are called, and fewer still deserve that call in the first place. Don’t be just another scene-starved headbanger who got his first highs on Guns N’ Roses. Bring it to the Ritualist. Old bones and mortuary drapes, candelabra lit, chandeliers full of cobwebs. This is insane inspiration. Shaidar Logoth comes across as militant extremists for black metal art. Let your old ears lie awake to the sounds of mamoth riffs and arcane lyrics. Hear the call of Shaidar Logoth’s Chapter II: The Ritualist, all ye who are lost and crave darkness of the utmost.