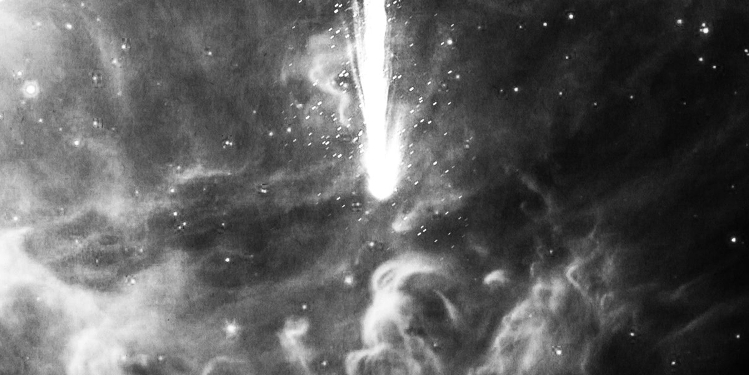 There is something fucking GLORIOUS about the music of Morphinist. Maybe it’s the fact this project births several releases a year in a constant – almost hemorrhagic – spawn of creativity; maybe it’s the one-man nature of the project that makes it so impenetrable and intimate; or maybe it’s the music’s mesmerizing and seemingly boundless sonic vastness that just makes Morphinist sound so huge and timeless. What is for sure, though, is that there is an underlying character and mysticism to this music that makes Morphinist an utterly puzzling listening experience. This band is intriguing and captivating in a way that is hard to describe, and this is music that truly haunts, hitting you in the gut like a fist from the underworld and overloading your senses like a rush of adrenaline coming from a parallel haunted universe….

To better understand this release, this is what releasing label Sick Man Getting Sick Records has to say about this project:

Morphinism is a German post/atmospheric-black metal project formed in 2013 in Hamburg. The only member is Argwohn. It is hard to compare Morphinist to other bands from the post-black metal genre, due to the fact that Argwohn changes the sound of the project with each release, adding various elements of other genres to the music and refusing to follow any book of rules… Argwohn works alone. There are only a few exceptions for guests helping out with instruments or artwork. The project is known for its high output with several albums per year on a constant high level of musicianship. The lyrics often are about philosophical themes, especially the interconnection of dark and bright, good and evil, yin and yang.

So it appears clear that this record is essentially like losing oneself into the mind of the person who created it, and also means surrendering to the immense imagination and vision of Argwohn as he takes us to distant and far away places with his time and space-shifting music. While the sidereal and space-themed concepts of the music are a mere tip of the iceberg of a whole that lies beneath, Moriphnist’s black metal evokes a sense of vastness and of shapelessness that is at times even hard to grasp. This music just evokes in your mind images of the infinite and unknown, of far away and distant places and states of mind that make you feel minuscule and insignificant against the might and power of the elements and the universe… It’s almost as if you are listening to Cascadcian-styled black metal, which instead of solely celebrating through sound the vastness and might of terrestrial nature, has branched beyond, stretching into the unknown of deep space, and disintegrating into the infinite spectrum of the universe. If you like “cosmic” sounding black metal with very pronounced atmospheric and psychedelic leanings to it in the vein of Darkspace, Phobocosm, Midnight Odyssey, Woods of Desolation, Spectral Lore, Mare Cognitum, then you will find Terraforming to be an unforgettable release in this niche sub-genre of atmospheric black metal.

Physical copies of Terraforming drop on August 26th, and can now be pre-ordered from Sick Man Getting Sick Records, who will be releasing this cosmic beast as a run of 300 LPs, 300 g/m² cover with 3mm spine, printed on reverse stock, with silver embossing on front, 100 copies transparent orange/opaque red vinyl, and 200 copies on black vinyl. 300 CDs will also be made, with pocket right panel and gloss varnish.