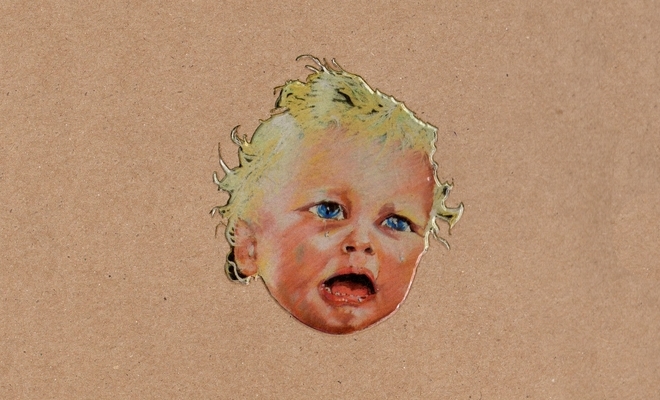 “The Taste for Nothingness

Dull soul, to whom the battle once was sweet,
Hope, who had spurred your ardour and your fame
Will no more ride you! Lie down without shame
Old horse, who makes his way on stumbling feet.
Give up, my heart, and sleep your stolid sleep.
For you old rover, spirit sadly spent,
Love is no longer fair, nor is dispute;
Farewell to brass alarms, sighs of the flute!
Pleasures, give up a heart grown impotent!
The Spring, once wonderful, has lost its scent!
And Time engulfs me in its steady tide,
As blizzards cover corpses with their snow;
And poised on high I watch the world below,
No longer looking for a place to hide.
Avalanche, sweep me off within your slide!”

I wanted to quote the Baudelaire poem since I believe once read without its Romantic implications of the awe for nature, it would perfectly maintain what I’ve interpreted to be Gira’s current philosophy, means, and perception of music — that is the avalanche, the flow of absurdity, and the Will to null. Jennifer Church; who performed guest vocals on “To Be Kind” – after being mistaken for Annie Clark by both fans and the press at the release of ‘A Little God In My Hands’ – when asked about what she was singing, referred to something radically interesting that I’d like to relate to what has been just said.  “The vocal line…hrmmm I suppose you could call it “Gira-nese” – It’s mysterious – and I think he likes it that way – (a little godlike chant in your head perhaps…),” she replied. And there exactly lies the answer. In fact, there are no words involved, there are no lyrics, there is “no story to tell” like Francis Bacon once said; leaving out ‘Just A Little Boy’.

Of course, one might ask what about Gira’s own vocal lines, he does sing in proper English after all. First, this is by no means abstract music or — in the case of the lyrics — one-hundred percent Dadaist like those of Kurt Schwitters’ in “Ursonate”, this of course deals with inclusive songwriting as much as it deals with the exclusive. And secondly, I would like to refer to the point of creation of some of these seemingly sound lyrics, which at times — as stated by Gira himself in a number of interviews — is rooted in not an ordinary say, muse, but rather nothing at all. “I didn’t have words, and I just started singing and at one point…I see it all I see it all I see it all…kind of seemed to fit with the kind of the spiritual aspect of the music” says Gira on who ‘The Seer’ is. This method evolves into a more vulgar approach with “To Be Kind”, as Gira frees his voice more and more throughout almost every song on the record; a possible upshot of their heavy touring and the various experimentations they did during each performance of the same song. At this point, it is more or less clear that as Gira was inspired by Sade and Genet during the early Swans days; the time he also spent writing short stories that Hubert Selby, Jr. would later call them “hallucinatory” among other things, he is now relatively (or even more intensely) driven by what Heidegger called anxiety — an anxiety formed by the fear of nothingness, death. In the same interview, Gira clearly states that it is not the environment that inspires him but “the fear of death”. Now, this anxiety is not the anxiety one might usually think of; that is, the anxiety the so-called psychotherapist would want to exorcise. This isn’t being depressed in the sense most people tend to think either, and as a matter of fact, such thinkings are often implanted by the same, forgive me saying, pseudo-psychoanalysts. This is the very essence of living, and in this case, writing songs. And in the case of Swans, it can relate to the idea of the Will to null as well. The songs can be seen as manifestations of this nothingness that death brings with itself. One would want to become God and one would want to imitate death too.

Still and all, “To Be Kind” can be also seen as a more ‘mild’ effort in contrast to “The Seer”. That statement might seem to contradict what I’ve said earlier about the vulgarity of the vocals, and it sure does. Yet the vocals tell but one side of the story. On the sonic side, “To Be Kind” uses the same formula “The Seer” did; the embracing of the lengthy, organic, and improvisational composings, contrasted with a number of more accessible, shorter songs, with the single difference that in “To Be Kind” those of the latter tend to be more groove-oriented and less startling compared to, say, their counterparts in “The Seer”. The lengthy ones still remain as agonizing, though. And most of them offer a good deal of brand-new sections in comparison to their previous versions, which you might have heard before either on “Not Here / Not Now” or during one of the live performances. Talking of previous versions of some of the songs, it would be relatively curious to hint at the unfolding of Swans’ each composition, which has been revolving around the short tunes Gira writes on his acoustic guitar — since “My Father Will Guide Me Up A Rope To The Sky”. The process follows with the rest of Swans accompanied with Gira himself initiating a long voyage, deep into the unknown, improvising and jamming around each of those acoustic pieces during the rehearsals and even live gigs. The function of multi-instrumentalist Thor Harris along with lap-steel guitarist Christoph Hahn here is of drastic importance, where the duo are practically capable of transmuting almost everything. The Thor Harris is to be regarded as the mastermind of all things esoteric about the new sound of Swans; whether because of him channeling sickening improvisations on his (at times handmade) wind instruments, or texturing each composition with the delicate, every so often menacing, sound of bells. On the other hand, Mr. Hahn injects sonic heroin in the body of each song. Add to that the unrelenting drumming — also the exceptionally beautiful hammered dulcimer lines — of Phil Puleo, the crackerjack bass-lines of Christopher Pravdica, the universal musicianship of Norman Westberg, and many of the other contributors outside the Swans; then you have what makes this line-up stand out as the most yielding, the most fierce Swans line-up since forever. In substance, Swans’ music on “To Be Kind” remains as collective, as dangerous, and as organic, that it is as though a Hermann Nitsch piece is being performed by some krautrockers high on acid – it’s psychedelic, it flows, and it swallows you up.

Enough of sounds, let’s get back to language. Within this affair of the nonsense, there are numerous allusions too — think Finnegans Wake — from the obscure and more personal ones like Nathalie Neal, to Howlin’ Wolf, Toussaint Louverture and Kirsten Dunst. Yet this record, more than celebrating the supine Justine from Von Trier’s “Melancholia”, celebrates the child. It could be Howlin’ Wolf, it could be Bob Biggs’ screaming baby-image, it could be the Freudian id, it could be the Deleuzean child dreaming of the cosmos, or it might be the child Bataille observed in Kafka, Sade, Baudelaire, Genet, William Blake and Emily Brontë — “the child in revolt against the world of Good, against the adult world, and committed, in his revolt, to the side of Evil.” (Literature And Evil, 1957)

Pre-order the record (on vinyl/CD) here.

Stream the album in its entirety:

Check out the heavily improvised performance of ‘Just A Little Boy’ — including major differences in the instrumentation as well as the bass-line compared to the version in “To Be Kind” : 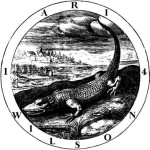