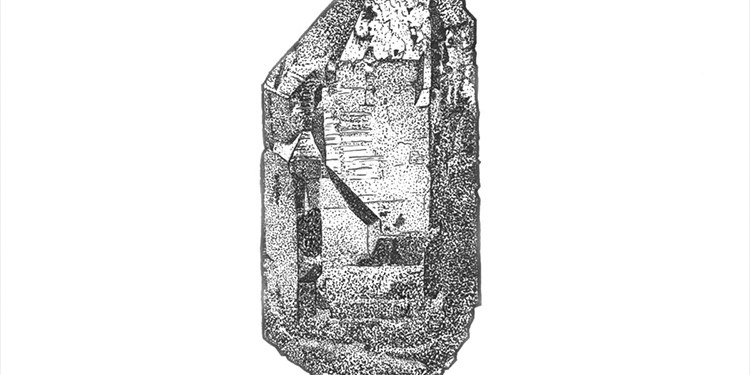 Coming off a bruising S/T debut demo in 2015, NEST are back with a 2 song 7″ through Gloom Pit Records, offering those of us who were left feeling downcast, yet sadistically craving more hurt, another glimpse into the world of hurt projected by Nest. Back with improved production value, the tone and weighty impact of this release is immediately noticeable when the opening notes of “Spiked and Abandoned” begin and jump off the page with ominous clarity before a sudden descent into rumbling melancholia removes any doubt from your mind about the nature of this release.

Indeed, the world of Nest proves to be ugly, soaked in doom, and scathing inertia, as abrupt bursts of aggression intercede between spaces of reverberating chords that crunch amid vengeful vocal lines that evoke the deepest kind of resentment. And with the excellent production highlighting each element of Nest in a new light, giving their composition a deeper, fuller sound, “Spiked and Abandoned” is a piercing barb to the jugular that eases its way in and twists with unpredictable fury.

But the fun doesn’t stop there, for the next song “Boundless” spreads the seething contempt further and further, as the opening minutes are comprised of a steady quaking of chords and percussion that strike with great reckoning and a certain black tinge that, combined with those rasping, ever-so-scathing vocals, really brings misanthropic acts like Burning Witch and Dystopia to mind. But that anger isn’t enough, and burns up and out just like everything else. It fades to black, as despondency takes over in the closing minutes with clean chords that ring out despair, beautifully so, in such a manner that this closing passage wouldn’t be out of place on a Mournful Congregation release. In other words, given the content here on these two tracks, the way it sounds, and the influences it brings to mind, this new 7″ from Nest is a formidable offering that should appeal to anyone with disgust for their world.