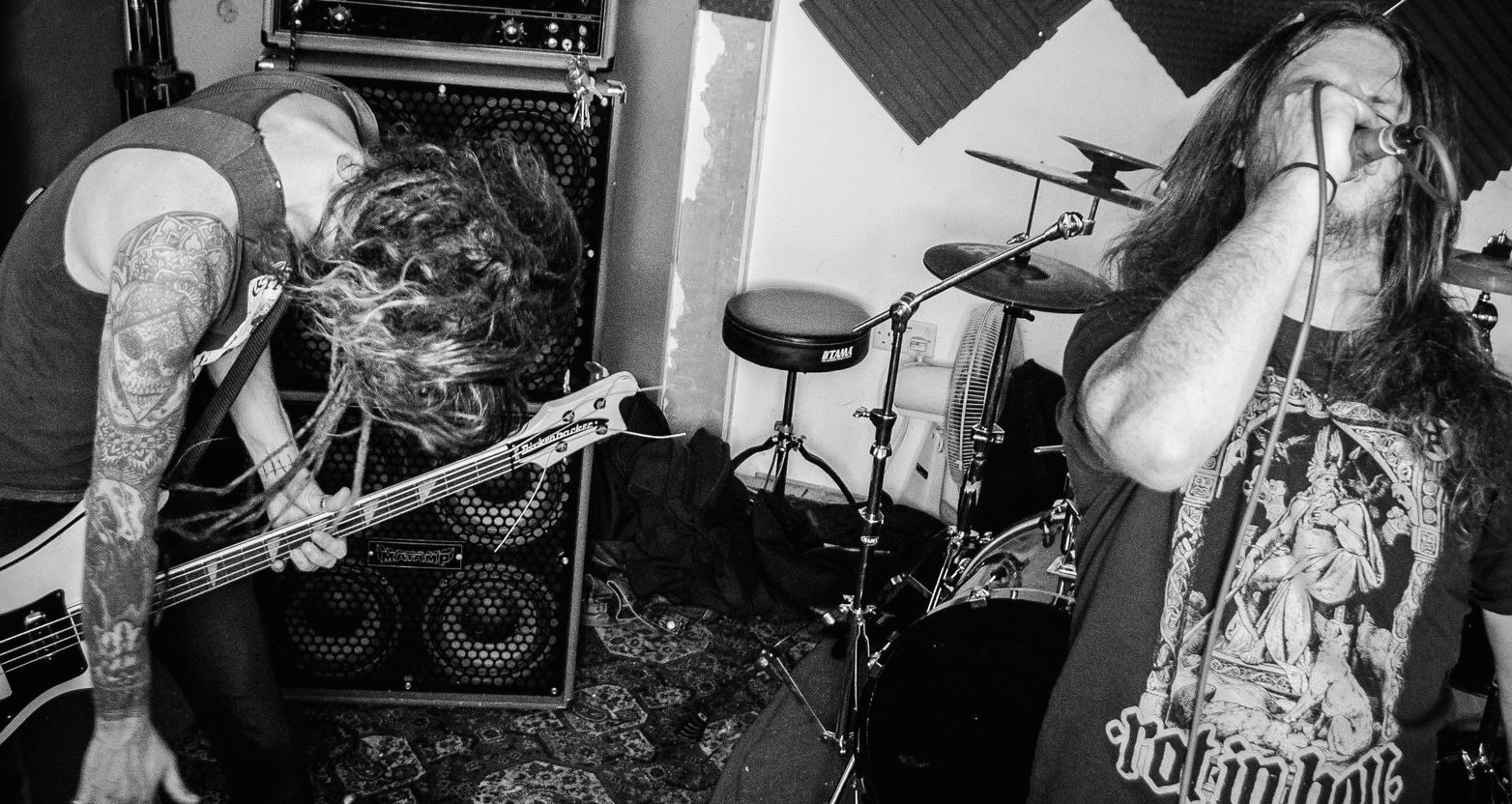 Blind Monarch On The Power Of Vinyl

It’s hard to believe that two years have already flown past since Sheffield doom quartet Blind Monarch released their debut album, ‘What Is Imposed Must Be Endured’. Blending the unrepentant nihilism of Burning Witch, the ominous groove of Graves At Sea and the desolate atmosphere of Corrupted with the band’s own distinct identity, the album has already become something of a modern day classic, an impressive slab of ancient, authentic doom that certainly stands out amidst a sea of more generic sludge metal acts.

“The album is actually the first four songs we wrote together as a band,” reveals vocalist Tom Blyth, “however they were written and rewritten several times over the course of two years or so, as we taught them to the four different drummers we played with over that time period. Each time we worked through them with a new drummer they were refined until we settled with Lee [Knights], by which time we realised that we had something worthy of a debut album rather than a demo or an EP.”

Quickly realising the potency of the material they’d put together, the band set about finding a suitably bleak location in which to capture it.

“We recorded the album with the composer Daniel Elms, who is an old friend as well as a gifted producer/engineer,” Tom explains. “Daniel was able to secure a space for us to record in unlike anywhere any of us had worked before, a derelict conservancy building by a church in Hull which features a large hall complete with incredibly high ceiling, atrium and stained glass windows. We recorded in the dead of winter with no access to internal light or heat other than a small oil radiator in the control room that could only be run in between takes, as it interfered with the recording equipment. We ran electricity from the Church next door in order to power the amps and Daniel’s computer but that was it, the temperature never got far above freezing and once the sun went down we tracked in the dark.”

This cold, gloomy atmosphere has permeated every inch of ‘What Is Imposed Must Be Endured’, with songs like the epic ‘Living Altar’ recalling the morose, arcane grandeur of bands like Asunder.

“I have a home recording Adam [Blyth, guitarist] made of the basic structure of ‘Living Altar’, which was the first song we wrote, dating back to 2014. Adam and I initially began planning the project in maybe 2013 with our old friend Mike Clifford [Rot In Hell] on drums but it quickly became apparent that Mike didn’t have the time to commit to another band and so we began searching for other members. We finally played or first show in April 2017 and released the album in the same month of 2019 so we have had to be patient throughout and it feels very satisfying to see the record, released as it was intended, on the horizon,” says Tom.

“We remain very proud of the record, we were incredibly lucky to have the opportunity to work with Daniel in such an unusual space and although it was an extremely uncomfortable process I think it only added to the authenticity of the recording. I can’t think of anything I would do differently were we given the option.”

Capturing the album on tape was only the first step, however. As any DIY band will tell you, physically releasing an album out into the world on the format it was intended for can be a much more arduous process.

“Essentially it’s practically unheard of for a band’s first release to be a double LP. Traditionally speaking, it is common practice to release a demo or an EP to begin with, perhaps followed by another EP or so, and then finally an album, probably a single album at that,” begins Tom. “However, it took a long time to finalise a stable lineup with Blind Monarch and the fact that this style of music lends itself to long form song structures meant that we found ourselves sat on four tracks and almost an hour’s worth of material before we played our first show. Because these four tracks felt cohesive upon recording them, we made the decision not to split them up, which made a double LP a necessity were we to release on vinyl. To cut a long story short, this effectively doubles the price of pressing a record and therefore meant that every label we talked to was either unable or unwilling to take such a heavy financial risk on an unknown band’s first release. We originally planned to self-release for this reason, but were persuaded that it would be more beneficial to release via a label on digital, CD and cassette formats with vinyl to follow later once a demand had been established.”

If doom fans are known for anything, however, it’s patience – and after two long years, the band have teamed up with Dry Cough Records and Heavenly Vault to finally release the album on vinyl as intended.

“I think that the qualities associated with the sound of vinyl records just happen to align very well with the tones found in doom metal,” agrees Tom. “That said, I personally prefer to listen to black and death metal on that format too so I’m not sure genre is the crucial variable at play, at least not for me personally.”

In addition to sounding great, this vinyl release will also be able to showcase Thomas Hooper’s evocative artwork in much finer detail.

“Thomas is another person we were fortunate enough to have a connection with which pre-dates the recording and who was kind enough to agree to contribute to the record. He and I had several conversations about what kind of tone we wanted to capture visually and I provided him with lyrics and some reference material to work from. The main themes of the album are solitude and alienation, depression, detachment and disorientation. Thomas was able to pull objects and themes from the lyrics which perfectly illuminate these concepts while rooting them firmly in the churning gloom they occupy in the songs.”

With their debut finally housed on vinyl, the band are looking ahead to their next record, with only the minor setback of a worldwide pandemic currently standing in their way this time.

“Unfortunately we have been as affected by lockdown measures the same way everyone else has, so writing for a second album has been disrupted for quite some time now. That said, we have three or four tracks in varying stages of completion so it’s not unreasonable to think that the second record will be ready to record in the not too distant future,” says Tom. “Until Covid reared its head, 2020 looked like being the year we got much more active as a band, we had a European tour booked as well as performances at Desertfest and a few other festivals that were shaping up to be really good. Hopefully once there is the opportunity we can regain some of that momentum, return to playing shows and give ‘What Is Imposed Must Be Endured’ a worthy follow up.”

Whilst we’ll wait with bated breath for that, the vinyl release of their debut should provide a perfectly bleak soundtrack to these last few months locked up indoors. 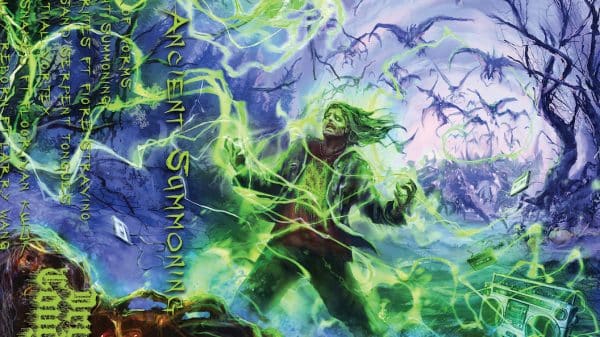 Hey Fucked Up World it’s time to suffocate you with the new record from Crypt Rot entitled An Ancient Summoning that comes out on... 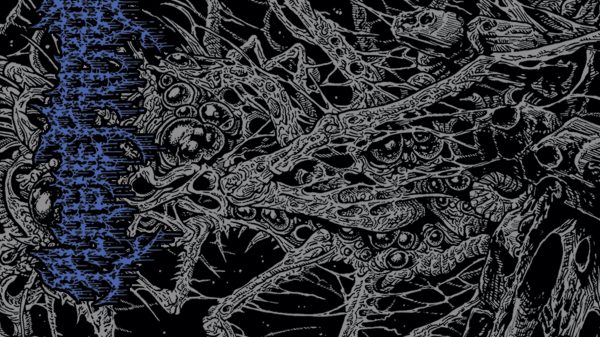 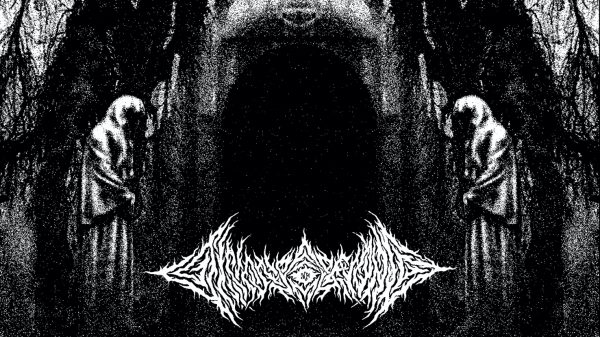 WTF Visions From Beyond‘s new tape Drawing Down The Darkness that comes out on November 1st is RAW AF! The songwriting is grimy without... 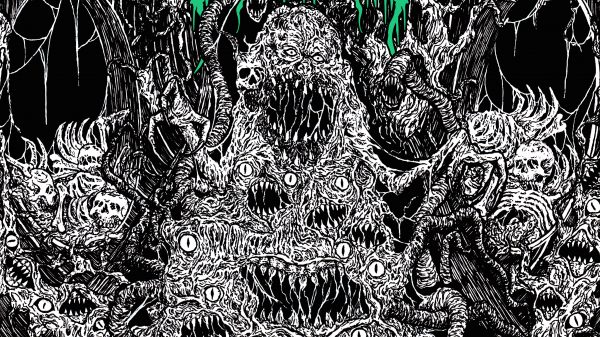