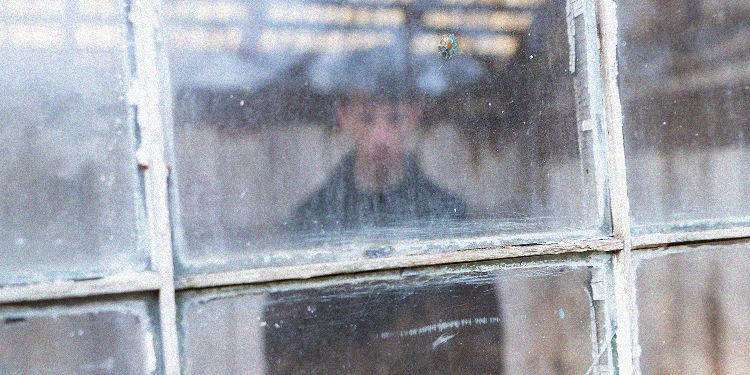 So it’s been a long ass winter ov discontent here in Glasgow. I haven’t posted much here as I’ve been battling the flu and cold, but as always lots ov rad music has landed at my door so I’m just going to gather it all here in a big catch up. A.S.K.E. Anti Social Kultur England has a great new batch ov tapes out. I asked their head honcho to give us a run down on the whole batch so check them out. I’ve listened through and they are all great. You can order the tapes from bandcamp HERE or email A.S.K.E. direct here slashercomic@gmail.com and save some cash and avoid fess all old school.

O.A.F. ‘II’ – Oaf is a harsh noise/power electronics group that has shifting membership of various artists from the north of UK, the latest tape is a collaboration featuring Roases from the Wealth of Abuse label. Pretty straight forward harsh noise gear for maniacs.

Gargoyle ‘rex mundi’ –  Gargoyle early work was heavily influenced by Culver and NON,  however the latest release is more indebted to martial industrial and neo-folk acts such as The Moon Lay Hidden Beneath A Cloud and Sol Invictus. The theme of the album is of trying to reconcile or make sense the conflict between gnostic/christian/satanist/luciferian thought and history as well as personal confilcts towards the ideas of war/redemption/having to do what is necessary. Get into the stocks, ergotism, st Anthonys fire, march for righteous vengeance.

Formaldehyde ‘st — is a project that has been a collaboration with various goths/ shoegaze/ cold wave musicians in Leeds over the course of two years. The two different sides of the tape inadvertently come to express a duelism of different energies. Two way mirrors, telephone cords, fluorescent lighting on synthetic colours, mood changing pharmaceuticals, pale skin.

Carnyx-  is a solo raw black metal project, the first demo was under the banner of Legion Blotan as Pict, and was inspired and attempted to encompass the various themes of Pictish history as well as the lack of history. The second demo A side was recorded inside an industrial silo creating massive echoing fear and the B side was basically me screaming in a yard dragging metal around with synth pulses added to it. With this release I wanted to just have a harsh simplistic attack in the vein of Idjarn and straddling between raw BM and harsh noise.
History lost and rotting in bogs whose names have been long forgotten, violent rituals in bitter winds, their meanings lost. Wicca Phase Eternal has a new EP out, Corinthiax. One ov my favorite rappers from the GBC and it continues a run ov great releases from Wicca. Someone did a great profile on him on the site recently so go read that and get the EP HERE. Alexey Volkov the Russian Techno/Industrial master has a new tape out on AMOK. Leaving straight banging techno and going into more Industrial territory. This fvcking rips from start to finish. Get it HERE PopNihl has been ov my favorite labels the last year or so, releasing great gothic synth/industrial and noise tapes one after the other. Run by Matthew ‘Uber Goth’ Moyer from Burnt Hair outta Florida. Their newest by Psychic Hotline is a great collection ov synth pop songs. Get that HERE. This record fucking rips. Nòtt, the solo project ov Amiensus frontman James Benson, kills it with this self-titled debut release. Grittier and bleaker than Amiensus, but still with a heavy dark and blackened atmosphere. The 5 tracks offered here bring together elements ov traditional BM, and some total savagery mixed with the soul wrenching, hopeless atmosphere of modern post-black metal.

Cavernous, shrieked vocals swirl atop passages of high end dissonance and frantic blast beats, from which the only relief provided takes the form of glazed over, melodic melancholy. This duel dynamic is a constant throughout the course of Nòtt’s self-titled debut, during which for twenty five minutes, the listener is mercilessly thrown between unsettling, abrasive, atonal riff work and chilling, post-black metal misery. It’s a beautifully unrelenting trip indeed.

Nòtt’s self-titled E.P is set to be released through the newly formed Ossian Records (Glasgow, Scotland) on CD (digipack) on April 27th 2018.

Check the trax on Nòtt’s bandcamp and keep updated with Ossian Records via FB. 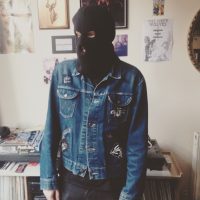