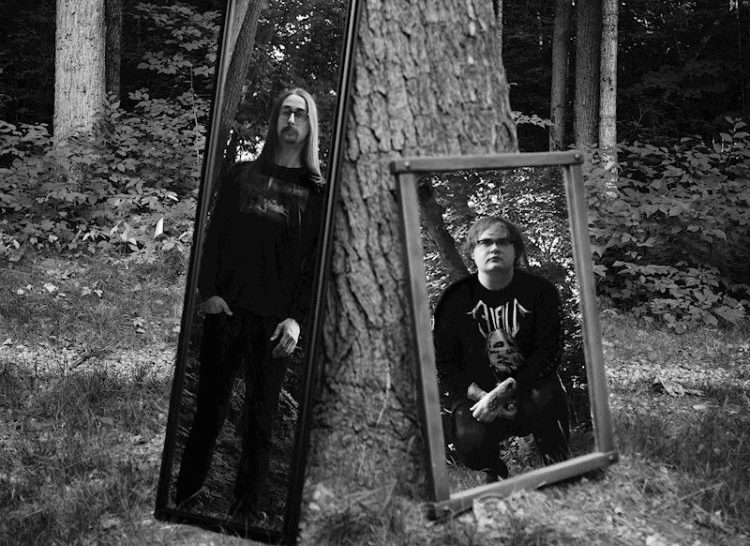 “Tragedy is an imitation of an action that is serious, complete, and of a certain magnitude; … through pity and fear effecting the proper purgation of these emotions”

In 2012, Buzzfeed posted an article titled, “How 2012’s Most Miserable Album Helped Me Through Depression,” a piece about how the author had found solace in Godspeed You! Black Emperor‘s magnificent and bleak Allelujah! Don’t Bend! Ascend! In 2021, a time when–it is fair to say–most of humanity is experiencing some kind of collective and individual depression, Body Void has released another titanic masterpiece of doom, Bury Me Beneath This Rotting Earth, this one particularly poised to provide therapy for those who choose to brave its black and deadly depths.

Along with bands like Cowardice, Thou, Primitive Man, Chained to the Bottom of the Ocean, Sunrot, and Vile Creature, Body Void have been redefining doom for a new generation, and they have been particularly prolific during their relatively short career. Releasing their first demo in 2014, they have consistently produced albums of extraordinary quality, albums that possess impressive length and depth, works of art that can truly swallow the listener up. When asked about their drive to create, guitarist/bassist/vocalist Willow Ryan says, “Music and noise just come really naturally as a way to express emotion, I guess, and we’re never not writing new songs, so it feels like we just move at a very consistent pace. It helps that people continue to be receptive and supportive. Without that, I think Body Void wouldn’t still be as active as it is.”

While Body Void’s sonic palette has felt fully realized since the band began, it has only matured and sharpened with each release. While their existence as pioneers of a new age for the black, death, and doom genres means there will be inevitable comparisons to their stylistic contemporaries, Body Void’s sound is its own, and it is more so than ever on Bury Me Beneath This Rotting Earth, an album that shows the duo at the peak of their artistry, delivering on everything the metal world has grown to love about the band. The sound on this album is purer and more devastating than anything they’ve released, and the band is more fully in command of what sets it apart from others. Discussing musical and lyrical influences, Willow says, “It might sound self-indulgent, but we’re at the point where our previous stuff is the main influence on our new stuff. In the sense that we’re always trying to be heavier and darker than what we’ve done before. This time the major difference is we wanted to be more focused and less sprawling than we have been in the past. But I think that’s really only a matter of degrees given the songs are still pretty long. That said, Khanate will forever be our guiding light as a musical inspiration. Lyrically, climate change and white supremacy and their increasing grip on the United States were the main influences on the lyrics.”

From the opening track, “Wound,” Bury Me Beneath This Rotting Earth is abyssal, impossibly deep, and bone-compromisingly heavy. The rattling hum of Willow’s instruments and the giant’s trudge of Edward Holgerson’s drums are hypnotic, demanding that the listener submit or be turned to ash.

While Body Void’s music has always spoken for itself, the band commits just as much artistic effort to their lyrical themes, often tying all the monolithic songs of an album to one thematic cornerstone. On You Will Know The Few You Forced Upon Us, for instance, the songs focused on themes of toxic masculinity and racism, a brave move in a genre that has some history of–or at least a reputation of–being especially macho and racially exclusive. Bands like Body Void and a handful of others are proving instrumental in changing that climate. Perhaps it is the confluence of hardcore and metal over the years, the blurring of lines between the two avenues of heavy music, that has emboldened death and doom musicians to be more vocally political, particularly when it comes to leftist worldviews.

Willow says, “I definitely think there are a fair share of leftist black and death metal bands, not to mention women and queer folks operating in those spheres, and doom certainly has its own issues, but it does seem that the genre was maybe less entrenched in reactionary politics from its inception. Doom seems to openly take a lot of influence from rock music in general, so it could be that there was just less of a thing about ‘protecting’ the genre from perceived ‘outsiders.’ Of course there’s still misogyny, homophobia, and transphobia in doom as much as there is in any subculture, but there seems to be less of a politic grounded in those things specific to the genre like there may be in others (aesthetically in death metal and ideologically in black metal). That all said, I do think it’s relatively recent that doom has become more politically left-leaning lyrically. But I think you’re right that hardcore and grindcore deserve some credit for their influence on the genre.”

Bury Me Beneath This Rotting Earth also focuses on themes of oppression and power imbalance. Clear products of the time in which they were written, the songs again address the problems of systemic racism, but this time they also zero in on, even more pointedly, the abusive relationship that humans have with the planet and all other living things on it. In the vein of environmentally-focused metal bands like Dead to a Dying World and Panopticon, Body Void laments the potentially irreversible climatic Armageddon that the selfishness of humankind has wrought. These songs are dirges, requiems, for our only home.

Asked about their ability to compose an album’s worth of lyrics to a central theme, Willow says, “It happens pretty gradually, but it’s really about what I need to get off my chest and from there it seems to make sense to base an entire album on whatever that is. It helps to start at a very macro level and then, when actually writing the lyrics, let the more specific stuff take shape. So this album really came from a frustration at the US’s inability to grapple with climate change and white supremacy from a systemic level, and then from there it became much more personal and visceral in the lyrics.”

The four monumental pieces on Bury Me Beneath This Rotting Earth are not only grandiose in sound and subject, but also in size, with each stretching past the twelve-minute mark. Even with measured tempos and heavier-than-gravity pitches that mimic gradual planetary collisions, it is no small feat to compose such long songs without losing an audience’s attention, and no moment–and this album is truly a collection of priceless moments making one timeless whole–is wasted.

On the approach to long compositions, Willow says, “It seems to come pretty naturally. It helps that the music is so slow, but from the start we’ve always wanted a Body Void song to feel varied and dynamic with stuff like tempo and mood to give a sense of movement and change. That said, I think on this album we were more interested in keeping things more uniform than we have been in the past without just playing the same riff for ten minutes.”

Keen-eyed fans will recognize the beautiful cover art as that of long-time Body Void collaborator Ibay Arifin Suradi. The serpentine textures of Suradi’s inkwork combine sinews and roots, foliage and fur, making the style especially well-suited for the themes of Bury Me Beneath This Rotting Earth. No strangers to collaboration, Body Void was also featured in the hallowed lineup of this year’s Roadburn Festival. Alongside kindred spirits like Dawn Ray’d and Emma Ruth Rundle as well as the aforementioned Thou, Primitive Man, and Sunrot, Body Void stood out as an unforgettable and important artistic duo.

Asked for a final statement about what they love about heavy music and what should change, Willow says, “Beyond all the amazing music constantly coming out, I love how tight-knit and supportive the community can feel. The DIY aspect of heavy music is one of the main draws for me. Extreme metal has zero mainstream appeal, so it feels empowering to still be able to create a thriving scene outside of that. As far as what should change, I think it’s just less tolerance for bigotry from both fans and labels. Period.”

To put it briefly, Bury Me Beneath This Rotting Earth is an Aristotelian tragedy, a serious epic of pity, fear, loss, and frustration that helps to purge the listener of these same emotions, leaving them cleansed and new. In truth, this album, steeped in misery and anger, is a balm for the soul. Experience it, and heal.

Bury Me Beneath This Rotting Earth was recorded at Blackheart Sound in Manchester, NH by Eric Sauter.
It was mixed and mastered at Earhammer Studios in Oakland, CA by Greg Wilkinson.
Its cover art is by Ibay Arifin Suradi.

Noise/electronics on the album were provided by Entresol, who also serves as Body Void’s touring bassist.

Bury Me Beneath This Rotting Earth is released through Prosthetic Records.

Cassettes are available through Tridroid Records 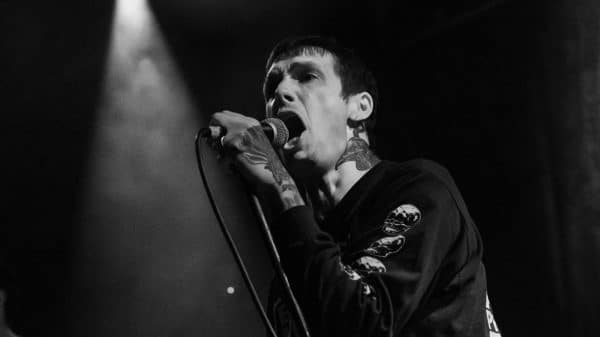 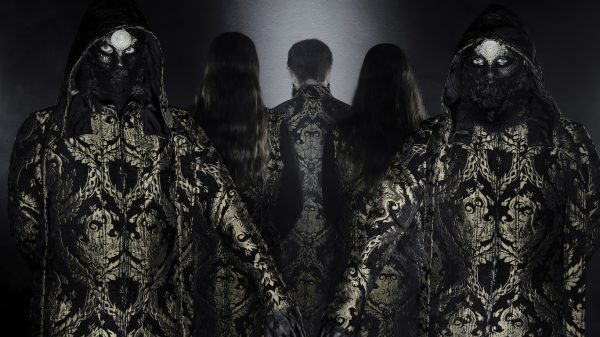 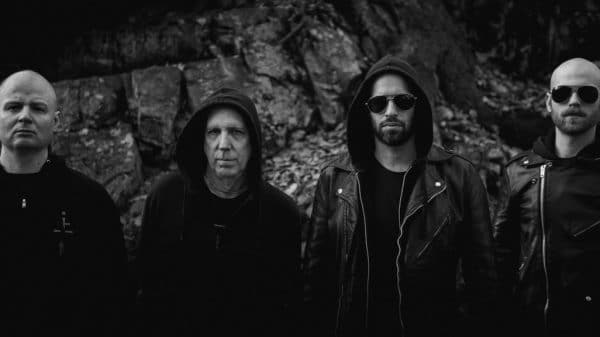 How much knowledge has been lost to the colonizer’s torch? How many libraries have fallen to a change of dynasty? How many powerful rituals...