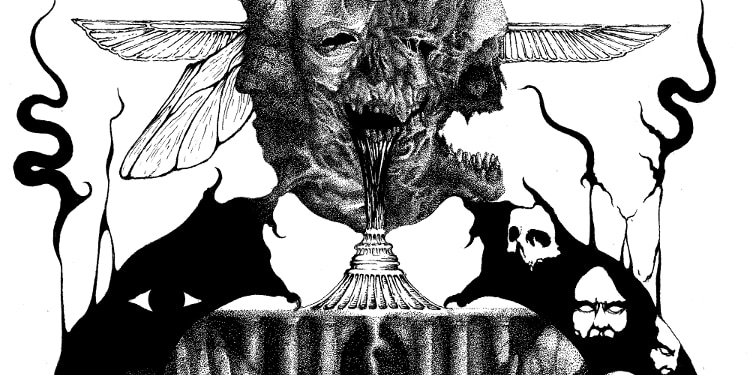 Today CVLT Nation is proud to bring you the full stream of an utter sonic abomination unlike anything else out there. On their debut double LP Typhomanteia: Sacred Triarchy of Spiritual Putrefaction coming out tomorrow October 25 on Sentient Ruin (US LP), Caligari Records (tape), and Clavis Secretorvm (EU LP/CD), Venezuelan blackened death metal crypt stalkers CTHONICA have created the quintessential monstrosity, birthing an album of shocking repulsiveness entwined with morbid and unsettling philosophical deviancies that will stand high and strong as one of the most fucked and abhorrent pieces of (atmospheric) extreme metal to see the light all year. Behold….

Hailing from Caracas, Venezuela, the black/death duo home recorded this debut beast in a situation of complete lack, being forced to make the technical limitations dictated by their country’s current state, and the profound philosophical implications behind the record coexist into somewhat of a deviated union that has birthed a 52-minute hallucination of abominations unending. An authentic triumph of gutter-spawned underworld-worshipping filth coming from the sepulchers below the slums, Typhomanteia is a hideosity raw and primitive yet captivating and pervertedly fascinating listen.

In part due to necessity and the shortages in energy and resources their country is facing, and in part also as a deliberate choice to make it sound like the rawest and most repulsive album possible, Typhomanteia in the end turned out a truly wretched and sickening work of raw extreme metal deviancy. This union of necessity, deliberate primitivism, and philosophical perversion which the band has made coexist has birthed something aberrant and otherworldly, that defies logic and abundantly rejects form, structure, and any familiarity in favor of a total loss of rationality to subdue to and be ravaged by dark forces beyond knowledge and comprehension.

While its sound is the result of circumstance and lack, it is also seemingly the result of a meticulous invocation, or of a bizarre and abominable form of homemade alchemy, or some kind of abject ritual to distill and summon an otherworldly power from pure filth. Sounding extremely “mummified”, abrasive, and decayed, the album does not exactly “flow”, but rather it crawls and slithers into your ear canals. It has an evil, quasi serpentine vibe to it that is hard to pin down but which makes it blood-chilling and gut-wrenching at the same time – repulsive and highly sinister. In this sense Typhomanteia somewhat seems to magically bridge the worlds of pummeling and cavernous death metal in the vein of Immolation/Incantation with the serpentine chaos of war metal cults like Beherit or Blasphemy, evoking the same kind of hissing chainsaw rawness, especially of the celebrated black metal cult from Finland. Another marvelous aspect to Typhomanteia is the use of alchemy, occult and liturgic symbolism and themes, and the ritualistic trait of the music, beautifully accomplished through a sapient and deliberate use of droning atmospherics, noise elements, and a constant penchant for abstraction that makes some of the most unpredictable and free-form parts on the album sound like Vexovoid-era Portal. In this sense the album often appears as almost meditative and contemplative, elevating the sense of delirious morbidity and of hallucinating claustrophobia to a whole new level.

We could also sit here all day to tell you about the superb quality of the gatefold 2XLP or the silkscreened cassette of this album, with the insane artwork and visuals by BMS Illustration (Tetragrammacide etc.) gracing it and basically coming to life through the packaging. We could brag all day about the visual absurdity and marvel that this record is, yet even its most apparent strength has little against the monumental cataclysm of pure filth and terror which is represented by its sound, in which the band has brought together riffs and atmospheres of astonishing putridity along with a sense of atmosphere and of ritualistic torment that has few equals around.

Typhomanteia: Sacred Triarchy of Spiritual Putrefaction drops tomorrow October 25 on Sentient Ruin (US LP – get it HERE ), Caligari Records (tape – get it HERE), and Clavis Secretorvm (EU LP/CD – get it HERE). 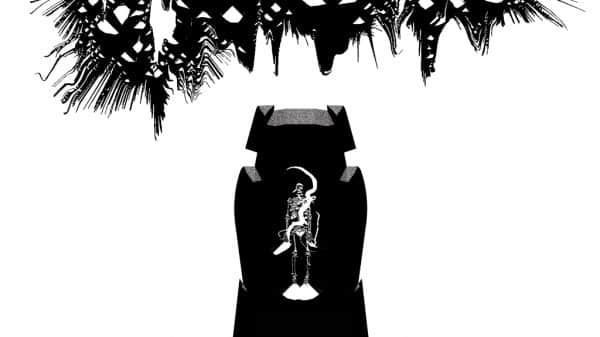