Last week, the awesome folks over at Maximum Rock n Roll selected London punkers NO as their band/record of the week. As I gave the band a listen, I realized that I had heard the band somewhere, but for the life of me could not figure out where I had heard them. Suddenly it all hit me. Sean (editor/co-founder of CVLT NATION) had emailed me NO’s bandcamp weeks ago for me to review, and because I’m piece of shit, I totally forgot about it. So sorry Sean, I promise this is the first time that this has happened. Anyway, the UK is absolutely crushing the hardcore game these days and bands like Violent Reaction, The Flex and now NO are leading the charge. NO’s recently released album Treating People Like They Don’t Exist is fucking fire!!! Every song will have you wondering what year it is and thinking back to the glory days when your Flipper shirt used fit. The 80’s hardcore influence is strong with NO and the blazing speed at which the band plays is enough to cause severe head trauma. To be completely honest, I’m surprised the band has not been sued yet, because their music is so sick it should come with free antibiotics!! Side effects of NO may include, but are not limited to: bleeding speakers, broken turn tables, shattered ear drums and severe vertigo. For all you punx out there that like to trip out on acid, shrooms, or some other shitty hippie drugs, you’ve been warned. NO is guaranteed to give you the worst trip of your useless fucking life. Now, I’m sure some of you reading this are wondering about the specifics of the band’s sound and maybe even what kind of gear they use. To address this in the simplest way possible, NO sounds like Void and Pure Disgust had an abortion. The guitar tone is crunchy and messy, the drums are out of control, and I’m pretty sure the vocalist isn’t going to be able to speak by the time he’s thirty because of all the hot fire he spits. NO is doing UKHC some serious justice and if you consider yourself a fan of Violent Reaction or The Flex, then NO just may be your new favorite band.

Here’s a video of their vocalist in the studio:

In this article:hardcore, Hot Fire, No, punk, the flex, UKHC, Violent Reaction 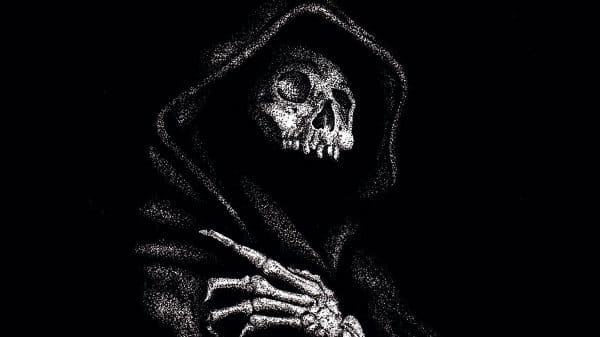