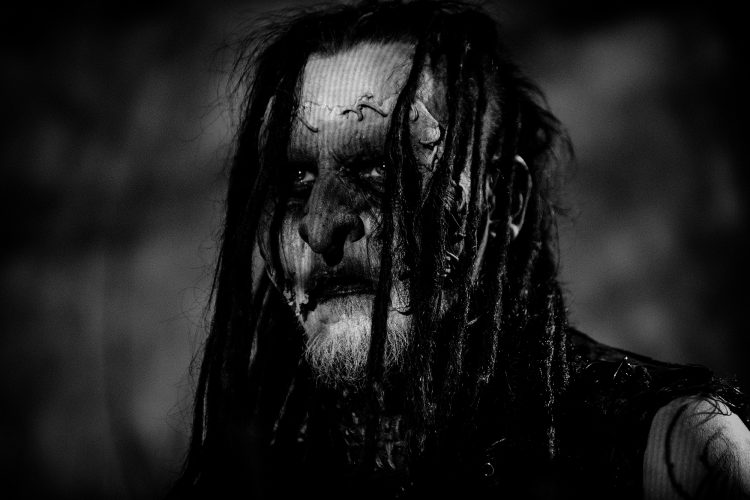 Last month LA was blessed by a very special show. On April 7th, Mortiis played a set of Era 1 music at the Lodge Room.

As a side note, Mortiis is one of the pioneers of dungeon synth, a genre that combines medieval music with black metal aesthetics and, just as the name suggests, has a very synthy sound, since it’s actually more related to ambient and electronic music than metal. But if you like Black Metal, I highly recommend checking this weird beast out. Or if you ever liked playing the Necromancer castle in Heroes of Might and Magic III…

Now to get a better sense of what it was like, let’s start with the fact that the venue, the Lodge Room, has a very unique vibe itself. Wooden walls and a museum like atmosphere make it seem more cold and proper than a lot of other venues, but because it is a mid sized venue, there is also a certain sense of intimacy. I’ve attended shows there before and, in my opinion, some of them just didn’t work. However, Behemoth hosted their art exhibition there last year and it was perfect. Just like it was perfect for Mortiis, because the medieval like melodies fit the space, and the coldness of it helped to focus the attention on an already very standing out solo person on stage. And it all blended perfectly with Mortiis’es unique aesthetic, the mask, the rusty industrial looking synth, and the trees… There wasn’t much light action going on, however, the subtle changes in the color schemes and the pattern that was being projected on stage provided enough variety to keep things interesting.

The other thing that I found extremely heart warming is that the place was actually packed and a number of people went all out with their outfits. And I understand them… Because to be honest, despite it being just one person on stage for an hour with almost no motion, no vocals, just very intense stares into the crowd, it was probably the most enjoyable show I attended this year. The music spoke for itself, creating a whole separate realm and this meditative trans like vibe, only strengthened by the visuals and the minimalistic performance, leaving you stuck somewhere between “what the fuck” and “this is freaking amazing”. I vote for amazing and demand more!

Despite it being an hour long set, there were actually only two songs played, “A Dark Horizon” and “Visions of an Ancient Future” from the upcoming album “Spirit of Rebellion”, which is a re-interpretation of a 1994 album “Ånden som Gjorde Opprør”. According to the artist himself, he got very inspired while re-recording the album and ended up adding a ton of melodies, rhythms, sounds and arrangements.

I also got a chance to meet Håvard Ellefsen, or Mortiis, after the show and ask him a couple of questions: