Crush Kill everything around me with the sounds of PERILAXE OCCLUSION as my soundtrack to destruction! This band’s demo is brutal, but it’s also well-executed. With each listen to Raytraces Of Death that comes out on June 25th via Debemur Morti Productions, I become more of a fan. This band is able to blend the filthy dirge of Death Metal with the Down-tuned Despair of Doom like no other. It’s hard to believe that PERILAXE OCCLUSION is only a 2-piece because their sound is so immense. I want to bury my thoughts of dread under the sonic chaos that is the sound of PERILAXE OCCLUSION! We are beyond hyped to share with you what might be one of the best demos of 2021 in full below—and you can order it HERE!

DMP: Dear XT, thank you for your time and your effort for these questions! “Raytraces Of Death” can now be heard in full, all three tracks are available for the fans. In your own words, what can listeners expect from this demo? What does PERILAXE OCCLUSION want to express and evoke with their art?

XT: The second demo offers doomier doom, heavier production, mindfuck riffs, and new territory. We think this demo is heavier than “Exponential Decay”, and offers more, too. We want to make Death Metal as dark and heavy as humanly possible, with memorability attached. Heaviness for the sake of heaviness often does not stick with people. We want our music to push the boundaries of what is acceptable in Death Metal. Meshing unusual influences, tones, and themes to create something that is more likely to leave an impact on the listener.

DMP: You have a very direct and technical way of writing lyrics, thus following the name of your band very well. But is there something like a lyrical red thread which holds the three songs on “Raytraces Of Death” together – a topic, a motive, an idea? And could you elaborate for us how the lyrics are being developed?

XT: 3D modelling and its attached necessities are the overhanging theme of the band. If there is a linked theme with this demo, it is about animated life starting as sculpted polygons, taking a human shape, in a virtualized reality only to be slowly deceased. Digital birth, virtual life, deleted in death.

DMP: Last question: is there a secret behind the cover artwork for “Raytraces Of Death”? What vision did you have in your mind for the picture which is now decorating your second demo?

XT: The centerpiece of the artwork is a wireframe of a real 3D model of an iron maiden – decorated with a massacre on a slab. We like the black/white cover to signify a demo release, but we did not want to do “Exponential Decay” 2.0. We wanted something different. However, there is still wireframe present as mentioned previously, so it is not a complete departure. The real expanse of it all is in the CD version. The mass grave in the foldout is actually a 3D rendering. The Death Metal GPU, NURBS-wireframe skull on the back, and the all-black CD complete the package. It is pure rasterized Death Metal.” 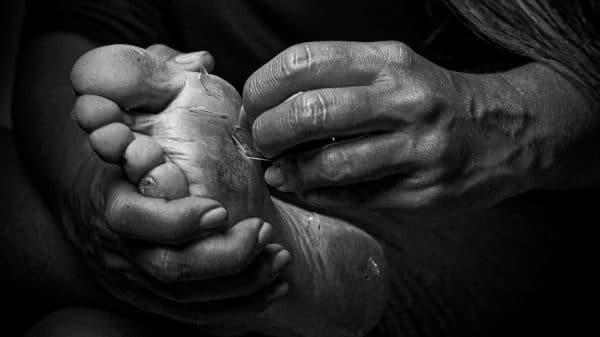 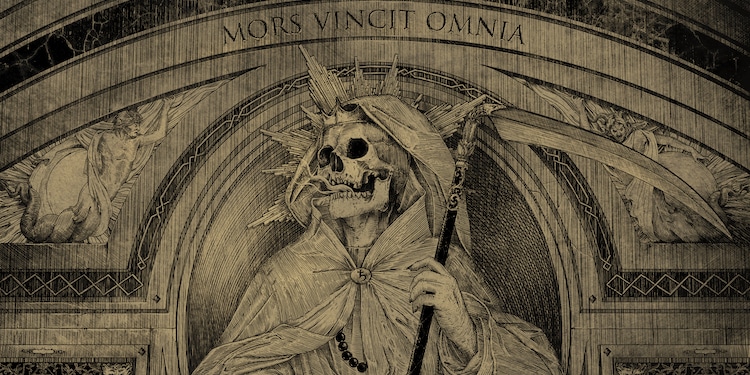 It’s been 25 years since CRIMSON MOON were first birthed from the unholy womb of black metal, the solo project of Scorpios Androctonus, and this... 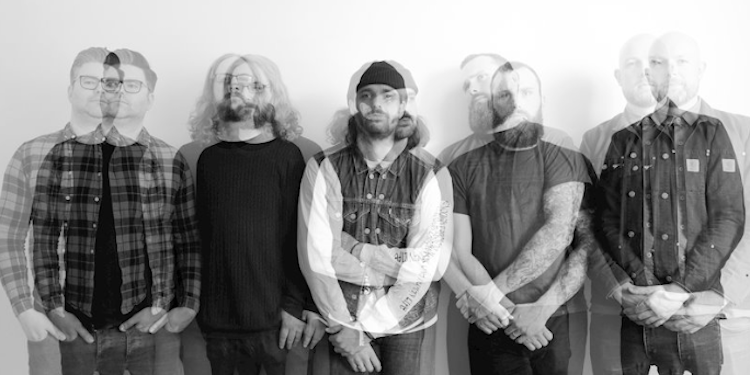 There’s nothing more captivating for me than a doomy, dreamy sound that perfects the balance between heavy and and ethereal. The UK’s LATITUDES do...