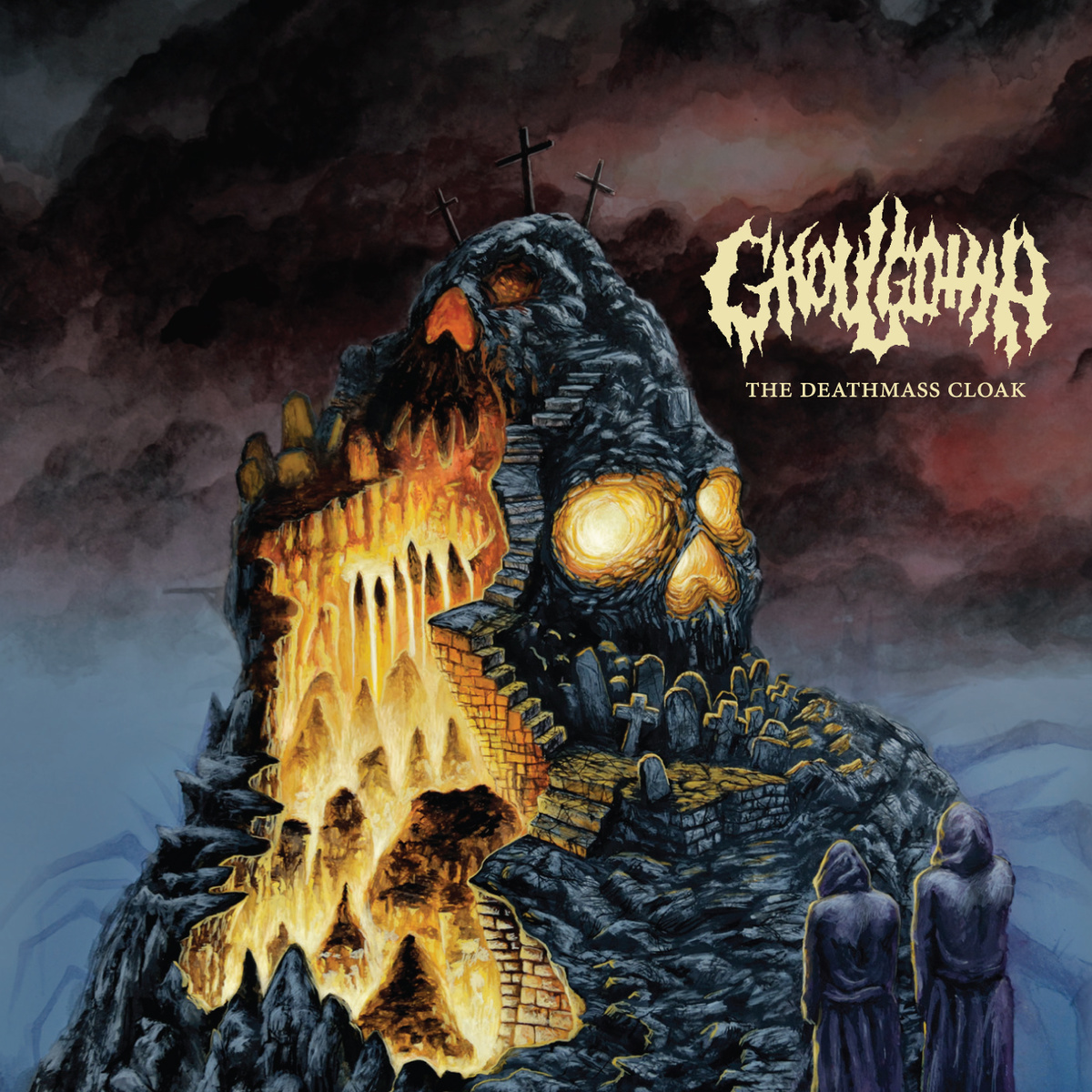 I reviewed Prophetic Oration of Self  for Cvlt Nation early this year, in anticipation of this Dark Descent Records full-length. The EP drastically raised my expectations, and fortunately, Ghoulgotha shatter those expectations with home run track after another on an album that’s impossible to like, much less love.

Someone kindly show posers the door right now. The Deathmass Cloak is comprised of primetime material through and through. Imagine Necros Christos groove mixed with Immolation discordance and Infester To the Depths in Degradation production values. Ghoulgotha use some of the most successful elements of old-school death metal and make a sound all their own. They don’t just hack riffs off of rotten old vinyl albums from the 80s. Even the most discordant melodies sound appealing. Certainly, one can’t help but notice some of the catchy riffs, but the presence of the hypnotic leads and syncopated drum patterns keep this rotting corpse of a doom/death metal album fresh with the scent of putrefaction.

Ghoulgotha may fly under the radar, but most old-school death metal fans who’ve heard The Deathmass Cloak know better than to put this album at the bottom of the shelf. Ghoulgotha should be one of the most promising acts on the Dark Descent Records roster, and should they maintain orbit, they should be a mainstay for years to come.

No highlight tracks here. Just no room for one song being better than the rest. Even the bonus hidden track at the end of the album is a sleeping giant. When Ghoulgotha turn up the groove, its Necros Christos all over again, and when they put these confounding chord transitions together, they weave the stuff of legend, sounding similar to Dawn of Possession-era Immolation.

High praise indeed for a band that hasn’t seen much fanfare this 2015. Hopefully, this review changes that. Ghoulgotha deserve unwieldy commendation for The Deathmass Cloak. They make no mistakes on this record. Not a song feels out of place. Better know yours as well, dear readers. Support one of 2015’s underrated gems. If you think it’s a tough listen, you really aren’t listening.