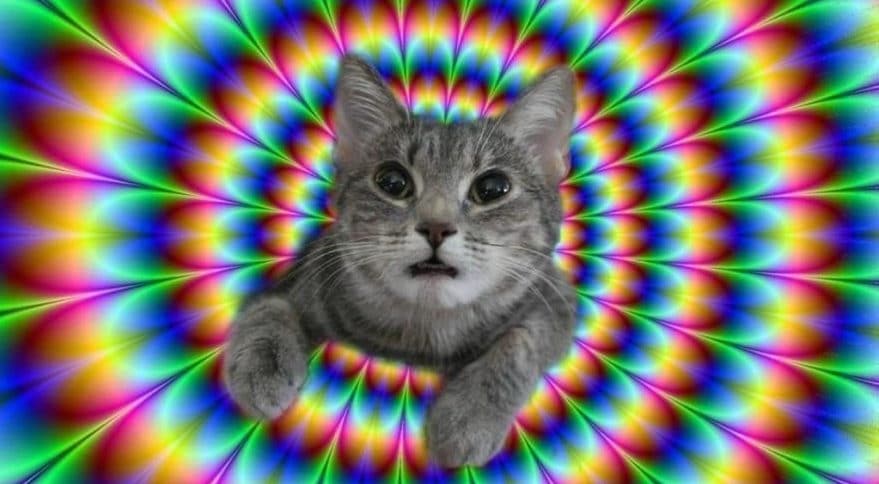 Psychedelics are making a comeback as a viable option for treatment in modern psychiatry. Given the state of the world today, it’s clear whatever is currently happening in the field of mental health is not working. It’s time to open new doors from other approaches.

It’s been a long, weird road to get here. In the 1950s, the research on Psychedelics as a means of both therapy and mind control began. It was shut down in the early 1970s and they became thought of as a drug leftover from the hippie era for kids to abuse. In 2011, Dutch scientists began studying the effects of micro-dosing psilocybin for cancer patients with anxiety, just enough to elevate mood, energy, and focus, but not enough to hear the messages Robert Smith left for aliens in the bass line to “Fascination Street” (oh, it’s there). The first sample size for the initial study was only 12 people, not enough data was produced, but it has encouraged other scientists to study this path further.

Let’s be clear – no one is saying these drugs alone are the solution. The current studies are focused on using them to supplement current mental health programs, and perhaps to jump-start someone whose body is becoming medicine-resistant. This is where I lose my peers in the academic field, as I think the shamanism of psychedelics and their healing potential is directly related to another key element: focused intent. The same kind of focused intention used in ritual magic. For success, with focused intent must also come, I believe, a willingness to let go of the paradigm of your illness.

I’ve done more psychedelics in my lifetime than were consumed on the Grateful Dead’s 1977 tour. I first tripped on LSD in 1984. Not yet even a teenager. Coming from a family with a history of mental illness, my continued use in high school sparked a series of psychotic breaks. It wasn’t until later in life that I learned how to control both myself and the drug. While things like psilocybin treatment are being explored to treat both addiction and bi-polar, up until this point, I’ve been reluctant to change the waters. That soon could change, and when it does I will report back to you.

Rather than exploring this from my personal experience, at this time, we’re going to look at the Ketamine treatment my former roommate underwent. Ketamine, a dissociative, not by definition a psychedelic, is a drug currently being used by means of infusion. While it’s not one of the more mind-expanding drugs we are exploring, it does provide an interesting look at the precautions needed when stepping outside the current field of traditional medicine. My roommate, who is bi-polar, began these treatments when I lived with them. They received the drug via an infusion that lasted four hours. They were kept at the center for an additional hour to decompress and weren’t allowed to drive home.

They came home and told me how they had left their body to realize everything and everyone in the universe is connected. They felt like they had a psychic change that cured them with the first treatment, but they were going back for another. For the first week, everything was more or less fine, if not better. They were out of bed and active. By the second treatment, not only were they active but they claimed they were writing a book about it in order to properly sing its praises. I said to them,

“OK, cool, I’ll wake you in the morning so you can start your day with writing like I do.”

“Oh, no – I’m going to just write this book in a week. That’s how Jack Kerouac wrote On the Road,” they replied.

“Um, yeah, well On the Road was his second book, so he’d already established productive writing habits by then,” I countered.

“I don’t need to do that,“ ended the conversation.

It was then I recognized the grandiose thinking that also marked their manic episodes. Talk of the psychic change continued as they began going to the clinic on a weekly basis. What failed to happen was any lifestyle changes needed to accompany this. They instead fell back into the cycles of awake and manic for three days, unable to get out of bed for the three that followed.

They complained the treatments were giving them anxiety as they brought up trauma from repressed parts of their psyche they were not ready to process. They wished the program included more than a nurse giving a quick,”So how do you feel?” and instead were followed by a session with a therapist to fully process the experience.

They also were disappointed that not every one there understood the psychic change .They said there were college age girls on their phones scrolling through Facebook while they were soaring through the universe.

This example further underlines my theory of intention. Intention must also be followed through with personal accountability for making the necessary changes, or as a friend in my pagan circles says:

“The gods can move mountains, but you have to show up with the shovel.”

Granted, the end result will be much less exciting when Johnson & Johnson markets it as Psilomax and gives us commercials that look like Hallmark movies of people smiling as they picnic with Grandma, but maybe they’ll at least have Psychic TV playing in the background. Who know, maybe one day we will all be blasting off with prescription strength DMT and wearing shirts that say, “My Therapist is a Machine Elf.”