The 17th century saw the Age of Reason and the Scientific Method developed in Europe, and along with it the rise of the asylum in the treatment of mental illness. Asylums were seen as a place to keep the mentally ill out of the way of the rest of society – unless that same society decided they wanted a laugh. At one point in Bethel Royal Hospital’s notorious history, the asylum was opened for public viewings, offering London’s citizens the opportunity to wander through areas of the asylum, unsupervised and with direct access to the patients, for two pennies each. In order to raise funds for the running of the hospital, “suitable” patients were displayed for the entertainment and mirth of whoever entered through the Penny Gates. As horrifying as this practice may seem to us today, when Bethlem closed its doors to the public in 1770, removing a certain level of public oversight of its treatment of its patients, the real horrors began. Treatments such as lobotomy and electro-convulsive therapy are widely known, but there were many other “creative” methods the psychiatric practice used in treating mental illness, beginning in the 17th century up to the late 20th century. One treatment that became popular in the 1700s was the Swinging Chair, or rotational therapy. With this therapy, developed by Charles Darwin’s grandfather Erasmus, was based on his observations of children spinning themselves in order to induce vertigo, resulting in laughter. Darwin believed that this could work with an adult as well, and developed a “rotational chair,” where a person was placed in a chair, often with a box around that head or body to impede their sight, and then spun by hand until they experienced vertigo, sedation, nausea and vomiting or uncontrollable bowel movements. It was co-signed as a treatment by Dr. Benjamin Rush, the “Father of American Psychiatry,” and so rose to popularity in both the US and England. It was reportedly very effective – as a threat – in sedating unruly patients. Another treatment that was widely used for the treatment of mental illness in the 17th and 18th centuries was the Bath of Surprise. In its original form, the Bath of Surprise was exactly like the Dunk Tank, except it was ice-cold water and an agitated mentally ill patient being dropped into it without warning. Again, an effective but deranged way of sedating patients. In fact, it was deemed so effective that it evolved into “hydrotherapy,” a practice of continuous baths, mummifying a patient in wet cloth or spraying the patient with water that continued late into the 20th century. With a continuous bath, the patient was basically strapped into a tub, with a canvas sheet covering the bath and just their head poking out. The bath could last for several hours to several days, ands most often used as a treatment for insomnia or depression and suicidal thoughts. A hydrotherapy pack could be used with either cold or warm water, depending on the illness being treated. Cold water was considered effective in treating manic-depressive symptoms, or any agitated or excited behaviour in a patient. Patients were wrapped in sheets that were soaked in water and then wrapped around the patient mummy-style. The patient would lay wrapped in wet sheets for several hours. The most brutal of the hydrotherapy treatments were the sprays. While they were compared to showers, they look more like a hosing down. The patient stood in a shower-like stall, sometimes strapped in for support, while an attendant used a hose or a spraying station to bombard the patient with either hot or cold water for several minutes at a time. While shorter than the other hydrotherapy methods, this one seems the most traumatizing and humiliating. Over here in Canada, in 1895 the superintendent of the London Asylum in Ontario was a great advocate of gynaecological surgery as a method of treating female patients. He performed over 200 surgeries on women living at the London asylum, and claimed a high success rate in “curing” their mental illness. Things like removing and replacing their uterus in “proper alignment,” performing a hysterectomy, removing ovaries or removing lesions on the cervix or vaginal walls were done in order to improve the patients’ mental health, and although gynaecological surgery was practiced in some other asylums for the same reasons, the idea that a misaligned uterus was the cause of a woman’s mental illness never really caught on. But the idea that the body of a mentally ill person was fodder for experimentation just became more and more popular in psychiatric treatment. Confinement has always been a popular way to deal with psychiatric patients who are experiencing a breakdown. Confines have ranged from chains to cages to straightjackets, but the most terrifying of all was the Utica Crib, popularized in the United States in 1846 through its use at the New York State Lunatic Asylum at Utica. It was similar to a crib but with way less space and a caged lid, and for adults. The patient would be laid in the narrow and cramped crib, and locked in it for hours in order to sedate them. Patients who were thrashing around in the crib would often come out very quiet and well-behaved, but it fell out of favour when the Sunday Herald published an interview with New York Dr. William Hammond, who was famous for his advocacy to remove restraints from psychiatric treatment. Dr. Hammond was quoted as describing the Utica crib as a “barbarous and unscientific instrument,” stating:

It is a bed like a child’s crib, with slatted sides, eighteen inches deep, six feet long and three feet wide. It has a slatted lid which shuts with a spring lock. A lunatic put in it can barely turn over. There is not as much space between the patient’s head and the lid as if he were in a coffin. He is kept in the crib at the will of an attendant, the key being in the possession of the latter and not of a physician. Patients have sometimes died in these cribs.

He suggested that a padded room would be a much more effective choice for confinement purposes. And we all know how well those have gone over in popular culture.

While it’s easy to look at the past of psychiatric treatments with horror and revulsion, today we’ve mostly replaced these treatments with pharmaceuticals that do the same things. Many of the prescribed drugs are addictive or harmful to the patient, and it’s very possible that in another couple of hundred years we’ll be looking back at today’s methods, judging them with the same harsh hindsight. maybe by then we’ll have returned to the methods used by ancient societies in Egypt or aboriginal practices, which involved acceptance into society, effectively using music, dance and art therapies millennia before western psychiatry ever tried them. Mental illness has always been a mystery to those who don’t suffer from it, but hopefully our future selves will have a better idea of how to handle it. 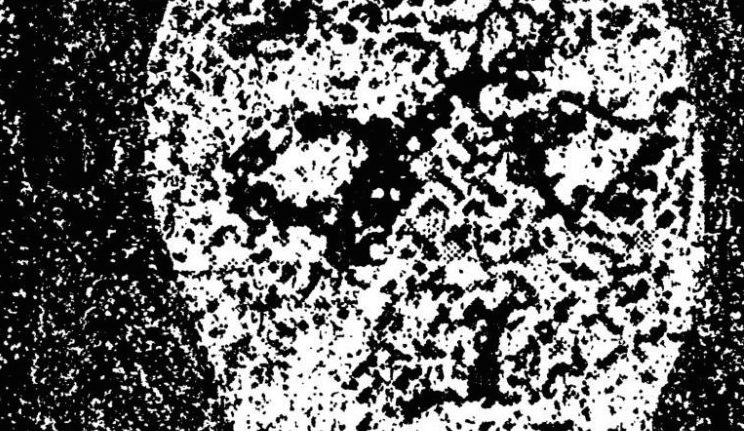