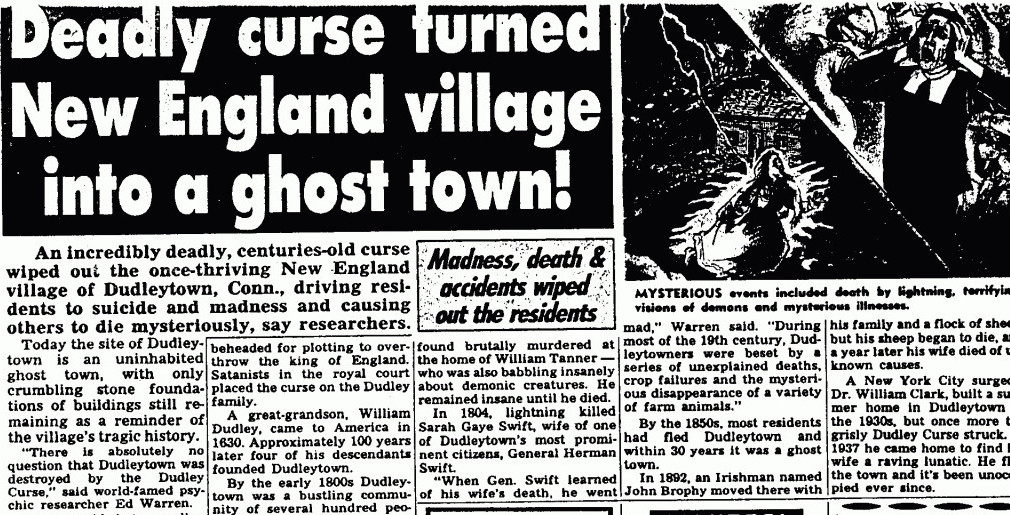 Every state has its own eccentricities, unique urban legends that color one’s perceptions of the landscape at night and feed the imaginations of children and teens. West Virginia has the Mothman, New Mexico has Roswell, and New Jersey has its very own Devil. Connecticut, a small and unobtrusive state of varied reputation, has its own urban legends as well.

One of the most pervasive stories passed between high schoolers in Connecticut is that of Dudleytown. Told by some to be the haunted remains of an 18th-century village and purported to be cursed by others, Dudleytown’s true history is less fantastical.

Located in the north-west corner of Connecticut, the town of Cornwall has a population of fewer than 1500 people according to a recent census. It has turned out a few notable people, including authors, actors, and politicians. Within Cornwall lies the ominously named Dark Entry Forest and on a privately held trust within that forest lie the few remains of Dudleytown, a small settlement that was never actually a town.

Inhabited by only a few families, including the Dudley family for which it was named, and located atop a hill, this area of Cornwall was converted from forest to farmland but didn’t fare well. By the 1800s, the rush westward made better land more available and the population dwindled. The land, bought in the 1920s by a private philanthropic organization, was reforested and redeveloped with ski areas and horse riding camps. Officially, that’s all there is to the story.

Unofficially, Dudleytown has been plagued with curses, hauntings, and misfortune since it was first settled. Rumor says that the patriarch of the Dudley family committed treason against Henry VII and was cursed for it as well. This curse followed his family across the ocean and caused generations of village residents to suffer from mental illness, crop failures, and accidental injury. Those who speak of the curse cite a Dudley family member that went insane, a woman who hanged herself and another who was struck by lightning on her own porch, as well as a man who fell to death in a barn raising. It seems an unwarranted amount of misfortune for a place that was settled for a little more than half a century.

Spurred by the wildly popular Blair Witch Project, the rumors of haunted land brought thrill-seekers to Dudleytown. These dark tourists enacted various acts of vandalism in the area (and sometimes got lost and needed help finding their way home), to the point where the area is now closed to the public and trespassers will be prosecuted to the full extent of the law. It doesn’t stop the story from spreading or evolving.

Current rumor states that the Dudleytown area is not just cursed but patrolled by dangerous motorcycle gangs that have staked out the area as their own territory and will drive off interlopers with whatever force necessary. In the early 2000s, a boom in urban exploring saw a renewed interest in the area and supposed documentation of people’s explorations can be found online if one delves deep enough into the internet.

Although local historians have nothing to substantiate the rumors and have even provided evidence contradicting some of the claims, the tale nonetheless gives denizens of the Nutmeg state something to talk about on dark nights and especially around Halloween. Given the generally witchy and haunted atmosphere of small-town New England, especially on an unlit side road in the middle of the night, it’s easy to see why such rumors would take root.

The Death of an American Ghost Town: Centralia, PA

From the information circulating the internet about Centralia, PA, you’d think it was America’s creepiest ghost town. An article posted on Cracked.com just eight... 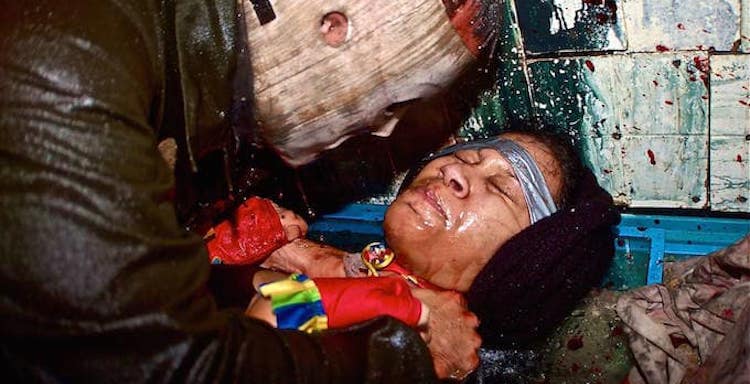 The Most Fucked Up Haunted House Videos

The other day, Sean and I watched a documentary about “extreme haunts” – haunted attractions that have stepped up their game when it comes...