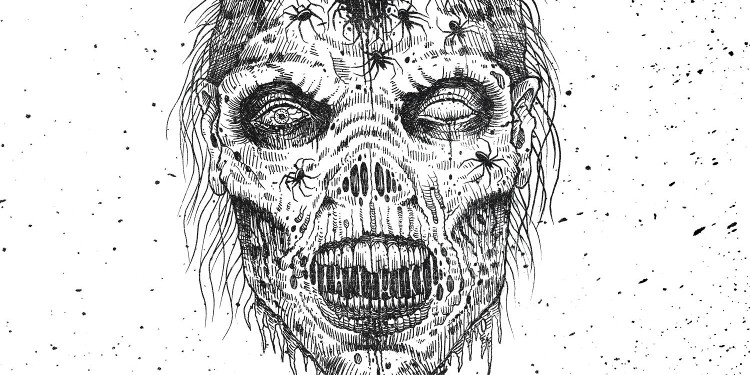 A fucking tomb has been unsealed in Portland, Oregon and all the (un)dead are now swarming out of it to feast upon the living! What has come to life today is a GLORIOUS fucking bloodbath of untamed and savage as fuck old school death metal for the most depraved freaks out there. Portland’s PETRIFICATION are a newborn and blood-thirsty death metal band that have teamed up with Sentient Ruin to unleash their maggot-infested debut demo upon the world. Appropriately titled Summon Horrendous Destruction, this nasty fucking tape sees the band dwell with its imagination deep within the most untold and unfathomable depths of underworld, right on the edge of the fucking void, conjuring their morbid visions of death and endless putrefaction through four cuts of absolutely flesh-ravaging death metal, that literally feasts on human ears like hordes of demonic famished maggots trying to break through the skull to devour the brain.

The feat is accomplished in a little over fifteen minutes of literally unrelenting and barbaric death metal meat grinding, in which flesh is consumed in chunks and bone is shattered within the massive jaws of undead terror. Summon Horrendous Destruction is a glorious example of classic and iconic as fuck old school death metal worshipping the cult of the dead, particularly at the altar of the Finnish legends like Convulse, Funebre, Demigod, Abohorrence, and Depravity. But don’t worry, Summon Horrendous Destruction‘s endless character and destructive power doesn’t stop there – herein legions of fans of bands as diverse as Disma, Autopsy, Cruciamentum, Nihilist, Grave and far beyond will have in fact found a holy grail of unquenchable death metal destruction and of highly evocative traits of both the old and the new.

Stream the beast in full below and grab tapes from Sentient Ruin on their Bandcamp or their store – word is that the first pressing vanished in record time far before release date, so make sure you don’t miss out on the second one.