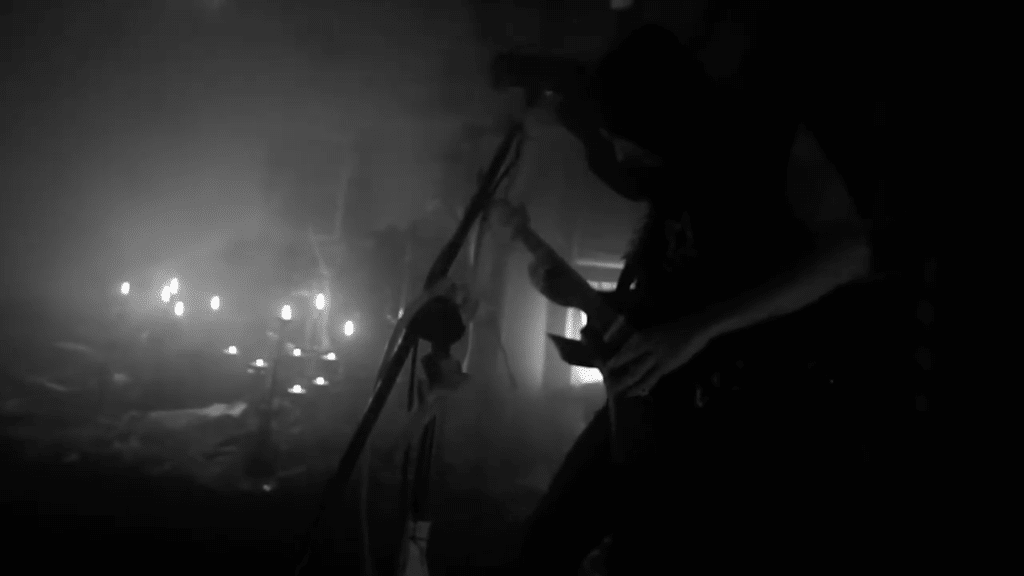 Here is a staggering document of Portland War Metal legion DIABOLIC OATH immersed in their primal element and doing what they do best (and better) than most: sonically obliterating everything in their path. The band released their debut LP “Profane Death Exodus” via Sentient Ruin earlier this year to rave reviews, but then – much like everyone else – they got grounded due to the pandemic, unable to take these crushing songs out on the road to test them live. During these weird times of self seclusion and isolation, with no way to tour or play shows, the trio locked away in their rehearsal space to rehearse some of the songs from their debut LP, and the performance was mic’d and filmed, and the audio and footage were later edited for the case turning the performance into a harrowing document of unbridled and unparalleled aural devastation. Titled “Profane Death Rituals: An Underworld Session”, in the footage you are about to see Diabolic Oath plow through five songs like a rogue and infernal behemoth, throwing their entire arsenal of skills (fretless instruments and a triple vocal attack) into a vicious and annihilating display of aural ferocity that has few equals on this plane of existence and that unmistakably showcases the unique style and destructive power of this band. We’re stoked today to bring you this raw and unforgiving footage and audio of one of today’s most transformative, original, and unique war metal bands doing what they do best: crushing fucking skulls in!