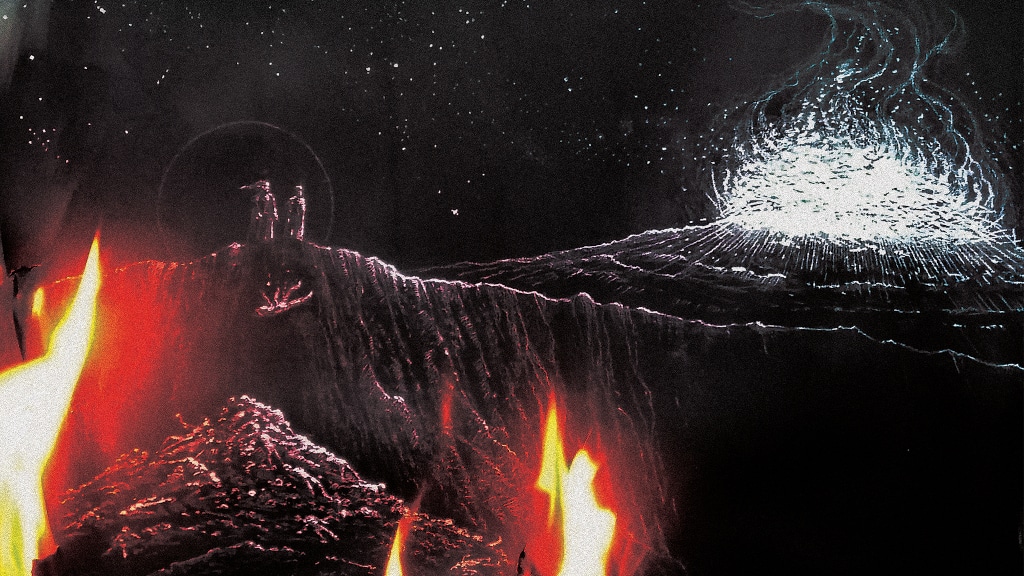 New Zealand’s Exaltation has been burrowing into the hidden substrate of total sonic annihilation for a long, obscure five years. The Auckland band has taken this time span to hammer away at their first official full-length offering “Under Blind Reasoning” after their debut demo tape saw the light back in 2017, and oh lord what a rewarding wait this has been. With its thirty minutes for eight tracks of complete death metal domination, Exaltation has pushed themselves up to the highest ranks of elite death metal and unleashed one of the most devastating and intimidating works the genre will see all year. And today we’re excited to share the first glimpse of this monster in full via this exclusive album premiere.

“Under Blind Reasoning” will simply devour your speakers. Its thick sound and pristine production are an authentic assault on the senses, while an onslaught of death-bearing riffs pours out like a carpet bombing siege. The intensity and rage with which this music is assembled give it weaponized traits, and everything seems tightened and delivered on a level of such intensity and ferocity that the whole work sounds like it’s reaching a critical mass and about to wipe reality to a smooth slate of molten glass like a smoldering radioactive shockwave.

Stylistically this band has also reached a pinnacle of punitive sonic force. The “war metal” tag could be tossed around easily with this one given the blind ferocity which enshrouds it, but that would end up being just a superficial generalization. Morbid Angel’s “Gateways to Annihilation” is what you should be looking at here instead. Because “Under Blind Reasoning” delivers that same kind of warped, multidimensional, and completely inescapable dark death metal ruination we’ve all loved so much from that masterpiece from the Tucker-fronted Angel era. That same kind of implacable and exceptional compositional mastery dominates this album while not an ounce of black metal’s feral savagery is sacrificed to get there, quite the opposite. Black metal’s grim dissonance and bestial black metal’s coercive violence add ulterior facets and layers to the picture materializing an authentic auditory weapon of implausible darkness and destruction.

In this article:Exaltation, Featured, Sentient Ruin