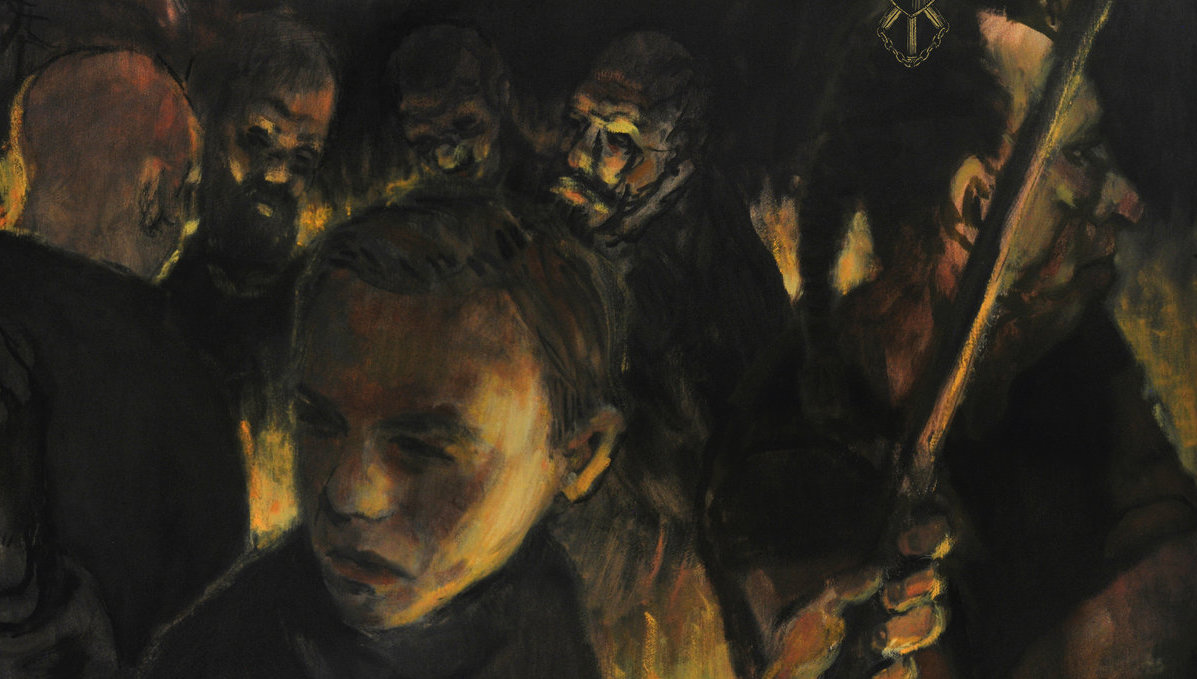 Featuring members of the no longer active post black metal act We Came Out Like Tigers, Dawn Ray’d from Liverpool are crafting some intriguing atmospheric black metal. Founded in 2015, the band released their first EP, A Thorn, A Blight the same year, and has now also released its debut record in The Unlawful Assembly.

This is not your standard black metal album, and while the band does play homage to the traditional style there are some nice variations. Dawn Ray’d move into the melodic and atmospheric side of black metal, and they are not one of these bands that tend to have an issue with completely embracing that sound. No matter if they are upping the tempo, unleashing fast-paced assaults with blastbeats, or they are venturing into more ambient moments, they really go for it. The start of “Future Perfect Conditional” displays this leaning, and it also follows through when the rougher and more bitter parts unfold.

It is not that Dawn Ray’d leave behind the heritage of the purist black metal form, but they are quite good at adapting it to fit their atmospheric quality. The production is an example of being able to balance between these two worlds, featuring a lo-fi but endearing take. It allows both the distorted, full blown extreme parts to be presented with a touch more grim, but it also makes the acoustic passages and ambient moments shine that much more. The acoustic part of “A Litany to Cowards” is absolutely otherworldly mainly for that reason, with the guitars and vocals working towards a majestic end, while “A Thought Ablaze” features a mesmerizing rendition.

What is however centric to this world that Dawn Ray’d is constructing is the violin, and it really is the medium that allows them to pass through all these different modes with a sense of continuity. The acoustic passages are completely transformed by its presence, and it also lends an epic perspective. It is able to melt away the cold, detached black metal and carry down the band’s vision into folky pathways, as is the case with the opening track, “Fire Sermon.” The moving and emotional quality the instrument can bring is exquisite, even when the scenery gets more bleak, as is the case with “The Ceaseless Arbitrary Choice.” However, Dawn Ray’d will also feature the violin alongside the heavier parts of the record, appearing in “Abyssal Pain” to further twist the knife in, or in “Strikes Again After The Hammer Sings” moving the track into its peak.

The Unlawful Alliance is an interesting black metal record in presenting the band’s vision and the role that contrasting elements play in it. With a production that features a raw characteristic, a black metal band that leans more towards melody and atmosphere and also with a violin being intricate to the musical structures, this could end up being disastrous. However, Dawn Ray’d is surprisingly capable of navigating through all these aspects and delivering such a balanced album in the end.