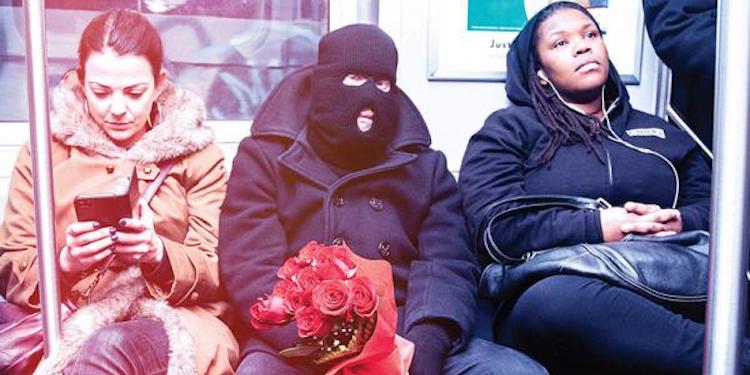 Damien Done, the moniker under which Damien Moyal plies his dark and brooding craft, was kind enough to give his time to speak with Cvlt Nation about his stellar new LP.  Ready to drop soon on Mind Over Matter Records, Charm Offensive is an album wrought with  a brooding and sinister songcraft, exuding a sense of lurching adventure few have the constitution for.  Having already logged decades as the frontperson for such hardcore luminaries As Friends Rust, Shai Hulud, Culture, Morning Again, and On Bodies; Moyal only continues to reinforce why he’s a scene pillar. Weather-beaten but permanent, he’s a lifer more invested now than ever.

We have the exclusive premiere of his video for “Roof Access”, a bold and rewarding listen. One hears multiple cues from disparate genres, a mélange of the places Moyal has been and the destinations which he’s yet to explore. A dusty Gothicism permeates not just this song but the entire album.  Thematically, there’s a voyeuristic noir sensibility  to “Roof Access” and it’s a grand statement from a career of them.  Before I devolve into punishing fandom, enjoy the premiere of “Roof Access” and the exclusive accompanying interview. Be sure to grab Charm Offensive in the coming weeks. For someone jumping in with your solo stuff, it might seem difficult to believe you helmed a veritable laundry list of seminal hardcore bands. Having followed your career, it’s seems easier to acknowledge it’s on the same continuum. How and when did the solo stuff begin to take shape? Was it a difficult or intimidating transition?

I guess I always felt satisfied with (and challenged enough by) whatever the bands I was in at the time were cranking out, and having juggled anywhere up to four bands at once, I never had aspirations of doing a solo project.  But when I quit As Friends Rust in early 2002, I found myself, for the first time in a decade, without any band.  This was no accident.  I had decided to go back to school and shun the touring life, so I wasn’t looking to get back into a band, but I suppose I still needed to make music somehow.  My girlfriend at the time played guitar, so I started picking hers up and hacking together a few songs.  It was sort of that simple… I never planned to do this, and certainly would have never expected it to sound like it does.  I recorded the first EP that year, in 2002, but the release was delayed and delayed until forgotten about until finally released in 2016.  In all of those years, I continued writing and recording at home, and started to incorporate more instruments. I’m always hesitant to throw comparisons or influences at an artist, but who are some artists, both musical or otherwise, that have informed the Damien Done work?

This is a tough question.  I think I’m only able to identify influences after I’ve written or recorded a song, at which point I can sort of reverse-engineer it and say, “Oh, yeah… I guess you can tell I grew up listening to a lot of bands like _____ on that part.”  That said, some patterns have emerged, and there are artists that I (or others) tend to hear elements of somewhat consistently, like Iggy Pop, Peter Steele, Nick Cave, Joy Division and Billy Idol.  Some of my earlier stuff got compared to Alice in Chains and Danzig (a lot), but I think that often had to do with bluesy, grunginess and subtle metal influences in the guitars.  I guess in general, the Damien Done work is informed by a pretty broad suite of artists spanning multiple genres, whose common denominators would be minor chords and open space.

Though far from easy, vocals in a hardcore band are a bit less naked and unguarded.  You’ve taken great chances here, both with the lyrics and your voice. What was that transition like?

You know, I think the transition started a bit earlier, with As Friends Rust.  As is the case with most screamy bands, my vocals in the past (Culture, Morning Again, Bird of Ill Omen, Shai Hulud) were more stylized than anything.  Harsh throat-shredding that in many ways served as more of an instrument.  Later, with As Friends Rust, my vocals got cleaner and more decipherable, and with that came a more conversational, bare-all approach to even the lyric-writing.  That was really where I went from singing at the listener to singing to the listener.  More direct, more honest and – as you say – more naked.  So by the time I started doing Damien Done, that leap had sort of already been made, albeit it in a very different style.

Tell us a bit about “Roof Access.” For such a wildly varied album, it’s a great drop-in place for someone who was previously unfamiliar with your work.

“Roof Access” is one of my favorite tracks on the album.  It’s about a woman who’s got an obsession with a guy in her building, and has figured out how to get inside his apartment at night to watch him sleep and be near his things.  The listener (and I guess the viewer, since we made a video for the song) gets the impression that this is something she’s done many times, never leaving enough of a trace to tip him off.  It’s not malicious, but it’s intrusive, and more so because of the regularity.  Musically, it’s a cold and dark little rocker.  This is one of several songs on the Charm Offensive LP that address voyeurism and compulsion.

SONG+VIDEO PREMIERE! Check out "The Lord Fox" from the upcoming Charm Offensive LP, out next month on Mind Over Matter Records! Video by Matt Craft at Mammoth Colony.

VIDEO PREMIERE! Watch the "Curious Thing" video right here!Also, PRE-ORDERS ARE UP TODAY for the Curious Thing 7" EP (out September 8th) at www.mindovermatterrecords.com The vinyl will be available on black, smoke and clear, and the B-side features a cover of Killing Joke's "Primitive" (exclusive to this EP.)

Looking at the videos for the already-released singles “Curious Thing” and “The Lord Fox,” there seems to be a very intentional and defined aesthetic. Where does that come from?

Thematically, the Charm Offensive album is sort of a series of vignettes exploring, mainly, secrecy.  In “Curious Thing,” a man struggles to reconcile this terrible thing that he does (we’re never sure what it is) with the knowledge that his wife, whom he loves very much, is onto him and a confrontation is inevitable.  In “The Lord Fox,” a wandering husband is served his just desserts by his neglected wife.  The closing song, “Something On You,” is sung from the point of view of a blackmailer threatening to undo another man’s perfect life by exposing his secret (we never learn what it is, but he’s apparently got it on video), and in “Who’s Gonna Believe You?” a similar concept is extended to a systemic level, where a man who’s witnessed a crime is helpless against a network of corrupt law enforcement and colluding authorities.

Visually, the “Curious Thing” video and the new video for “Roof Access” share a lot of DNA.  Beyond just being directed and filmed by the same team (Three Goats Moving Pictures), we might infer a recurring character, whose appearance in one video is fleeting, but perhaps a precursor to the other.  Both videos traffic in voyeurism, and in both the band appears as a supporting, narrative element.  Sort of a ghost band of storytellers in the background.

“The Lord Fox” video is decidedly different visually, in that it’s mainly animated and uses a pretty different color palette, but, again we peer into a relationship fraught with secrecy and betrayal.  One of my oldest friends Matthew Craft (at Mammoth Colony) created the video and did the illustration and animation.

Starting in March with a slightly-belated record release show, we’ll be playing regularly.  In August we’ll do a short tour in Europe, including an appearance at the esteemed Ieper Festival in Belgium. Aside from that, I’ve started working on new material, and with any luck will get a new recording underway before long.

Where can people go to find you?