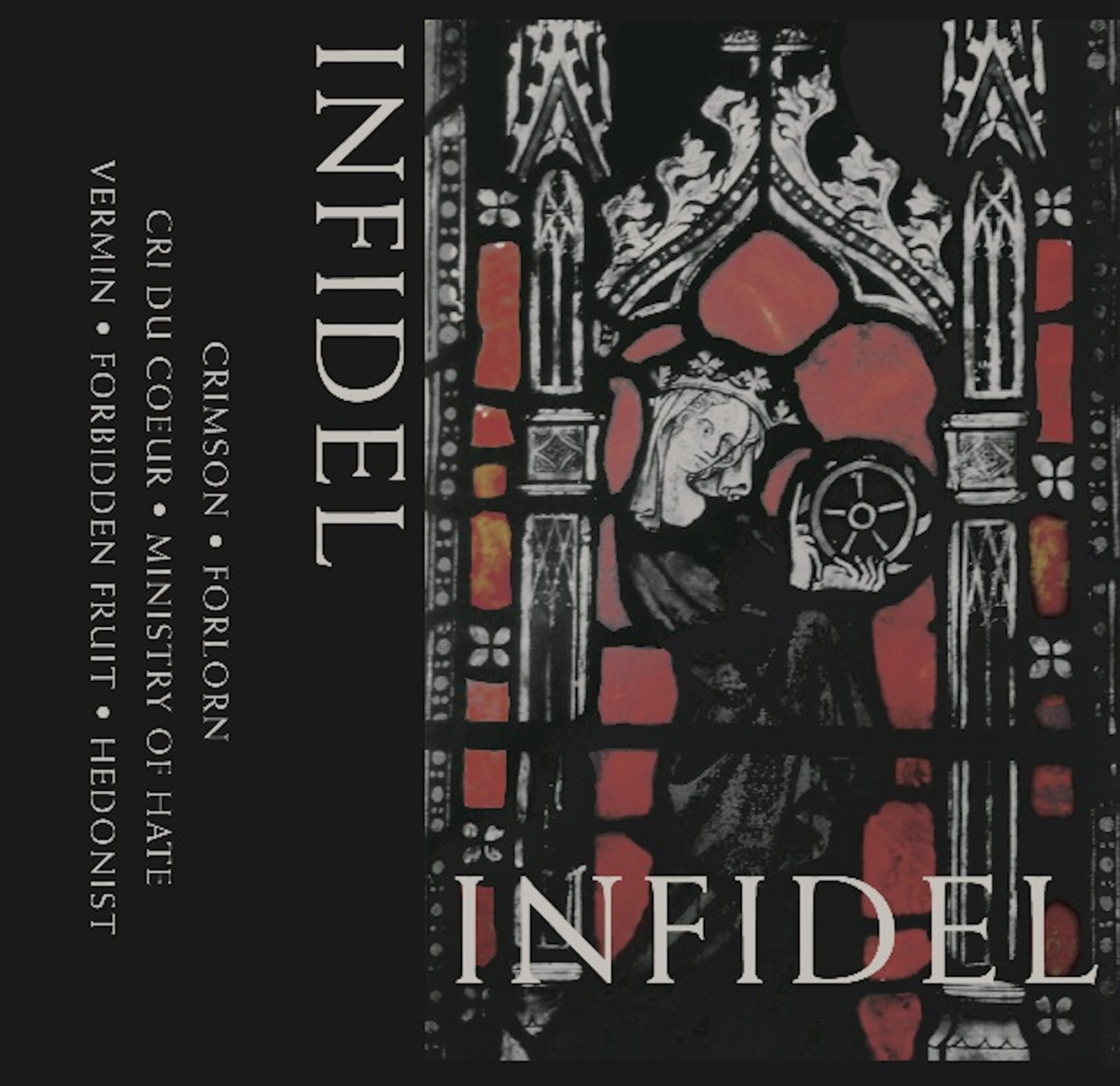 Welcome to the emaciated, corroded, rancid and consumed sonic hell of AKATHARSIA, a new but extremely obscure raw black metal/decaying punk band from the Bay Area, made up of former members of Lycus and current members of Negative Standards and Fell Voices. The demo kicks off with the eerie and shimmering first notes of “Hive Mind,” only to then take a one-way gruesome wrong turn and morph into a vomit of putrid raw black metal malevolence within seconds, a metamorphosis from which there will be no return. From then on, the band tears through eight disgusting and putrid blasts of lurid, crust-ridden raw black metal, dragging all sanity and grace with them into a bottomless pit of smoldering and putrescent dismay. Some people might call the new tape by Vancouver’s INFIDEL a demo, but I call it a stellar collection of songs that will be a part of my life for a long time to come! Over the course of 7 songs, this band proves that they are a post punk band that should have the attention of the world. Their songwriting is on point and the vocals are dark and enchanting at the same time! When you blast “Ministry of Hate” loud, trust me, INFIDEL will become your new favorite post punk band. While this band’s music will take you for a walk on the dark side, there is something so uplifting about their music. Now press play and allow the sound of INFIDEL’s demo do the rest… Mannveira’s brand of black metal will give you nightmares while you are awake and dreaming about death when you sleep. This band knows how to wrap their torment in dirty cloth of audio filth that will infest your eardrums. Mannveira’s songs almost have a doom-like quality to them, but they always retain a cryptic sense of danger. The emotions of despair that their riffs whip up leave you wanting to hear more. Do not get it twisted – there is a method to their madness that you will able to feel in their macabre grooves. Three songs are not enough – I want to hear more from this outstanding band! Serpents Lair are about to be your new favorite band, and you will find yourself with these two songs on constant repeat. Their music is the perfect storm of swirling chaos flying on the sonic wings of mayhem into your eardrums, killing all of your braincells. Their songs have the ability to change directions at a moment’s notice, but they always stay on the road of bleakness and misanthropy. Serpents Lair’s songs are fucking powerful beyond belief, full of morbid passion and conviction that is highly addictive to the listener, and I know for a fact that this is just the beginning of a great career. Do me a favor and spread this sonic disease to your friends – and any labels reading this, sign both bands ASAP! 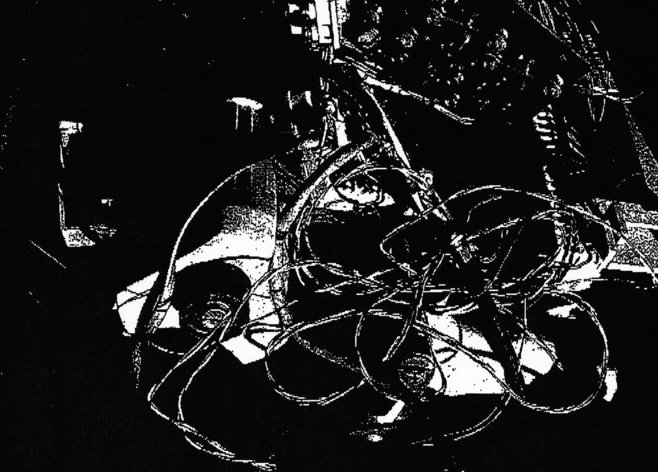 Photos: Verdi ljos From the 16th -18th of February, Oration Records‘ ORATION FEST took place in Reykjavík, Iceland. Our comrade Verdi ljos was on hand to capture the...