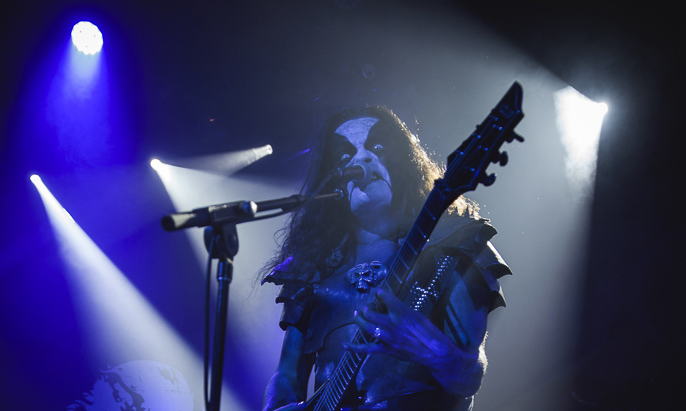 April 02, 2016 Vancouver, BC at the Commodore Ballroom

Featuring a decidedly less eclectic lineup than last year’s iteration of the tour, this year’s instalment was by no means stagnant. Furthermore, the fact that the Vancouver stop fell on a Saturday as opposed to a Monday meant that the show wasn’t moved to a slightly smaller room at the last minute.

Sweden’s Tribulation opened the show with a solid set, laying the groundwork for what was to come with their brand of progressive death metal at times laced with gothic undertones. An energetic performance on all fronts, they succeeded in getting the crowd moving. While I’m not terribly familiar with this band, I can’t deny them their due, and have to applaud them for being entertaining as hell to watch both times I’ve caught them. Up next was an act whose fans probably approached the set with more than a hint of apprehension – Skeletonwitch. Having parted with their original vocalist approximately a year and a half prior, this tour was the first one with his permanent replacement, Adam Clemans of Wolvhammer fame. Replacing a lead vocalist is arguably one of the harder personnel shifts a band can experience, but based on the crowd’s reception of their set, I think it’s safe to say Skeletonwitch pulled it off. High on Fire really doesn’t need an introduction. As one of the most consistent bands in heavy music, you’d be hard pressed to find a moment that they aren’t absolutely killing it – be it on stage or on record. Their relentless approach to touring has only solidified this. While I think they’ve made it to Vancouver at least once a year for as long as I can remember, I usually can’t help but think that they should be playing to more people. It was nice to see them play to a packed Commodore Ballroom, one of the larger venues Vancouver has to offer. Finally, Abbath. I suppose this was another one that the audience had reason to be apprehensive of, but for those of us that never got to see Immortal – such as myself – it really was as close as we’re going to get. It’s a hell of a legend to have to live up to, but I’m going to go ahead and say they did a mighty fine job. I’ll take that. I’m already looking forward to what next year’s Decibel Tour will bring.