In what could be called an unholy melding of two different worlds, Churchburn have stepped out of the blackness to deliver a rather bold preview for what is to come from this project. Created by former Vital Remains guitarist and lynch pin Dave Suzuki, tempered by the earth-sundering drums of Ray McCaffrey,currently in Sin of Angels and formerly of doom lords Grief. These two, alongside bassist Mike Cardoso and guitarist Kevin Curley, have come to form a rather vile agreement to stand out amongst the pack, even more so than their other projects might have in the past.

For the record, I honestly did not know what to expect before listening to this. Suzuki is known for his absolute attention to detail in the guitar department, while McCaffrey is an juggernaut paced-beast on the drums. Be forewarned, if you’re one of those who needs blast beats and insane speed, look away, because this outfit is methodical in its creeping, slow-paced approach. This band makes you work for that bruised, whiplashed neck. These four have truly opened up a subterranean black vault. Conjuring up images of reptilian worshiping cults hissing their dark message in the shadows, and drawing heavily from funeral-paced Doom with injections of Black Metal in terms of atmosphere and content, Churchburn manages to punish you slowly while keeping your head and mind constantly attuned to their blasphemous prophecies. Released via Armageddon Shop, this impious EP contains two new songs entitled “Embers of Human Ash” and “V”, with three other tracks from their previous demo. Also included is a cover of the classic Celtic Frost song “Return to the Eve”. Those that have been tuned into what Churchburn have been summoning should be especially excited for these two new songs. “Embers” is a direct continuation of their vicious, cataclysmic assault, with a slow, dirge-like opening that leaves a hole in your chest and continues battering into you. Moving forward into the song, Suzuki pretty much throws down the gauntlet at the 2:30 mark of “Embers,” taking you by the back of your head and slamming your face into the concrete, continuing on with the abuse until the last labored scream echoes across ancient, cavernous halls. Wrapping up this orgy of global annihilation is a rather haunting acoustic finish, which pretty much hangs the funeral wreath upon humanity. Perhaps the biggest surprise while listening to this was the song “V”. It was at this point that I realized how many tricks this band has up their sleeves. Forgoing the slow, crunching doom riffs, Churchburn come straight out at you with a thunderous, mammoth-sized opening that trumpets the arrival of their dark message. In all honesty, this song absolutely lays waste and proves that this band is more than a one trick pony. They display an ability to twist and turn within each song, with little problem in responding to each other as musicians. Even while riding out the end of this song, one is still shell shocked from the bombardment that is “V”.

Those worried about the change in style and pace for Suzuki should just shut the fuck up, right now. He has managed to take everything he was known for in Vital Remains – the leads, harmony’s and song structure – and slowed it down, and in the end, brought the fucking heavens to its knees. As a whole, this band is a step completely away from their other projects. Churchburn have managed to craft a darkened, damnable offense of sound that leaves you trembling on the edge of the abyss. A number of bands have attempted to mix elements of Doom, Death and Black Metal with varying results. It’s really not a new thing. A majority of them can play proficiently, but they lack the vision to create true atmosphere and depth in their work, which has resulted in a graveyard of forlorn vinyl records. The feeling that the music itself is of another world, where the story is told not just in the music, but between the layers that compose it – this is the key to breeding these styles. Churchburn have managed to walk this line, forging a world of ash-covered plains and vast, underground catacombs reeking of the forgotten damned. Regardless of their former musical associations, they have quickly latched onto their collective vision and have aptly released it with disregard for those who seek shelter in the light. This is a different road traveled by this band, one that they are absolutely willing to inject into their veins and delve into. Overall, a fitting preview of a band that will be releasing some fiendish material in the near future. 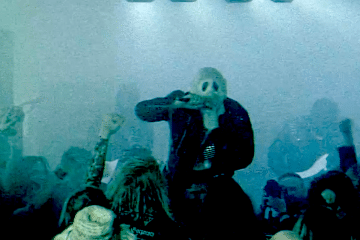 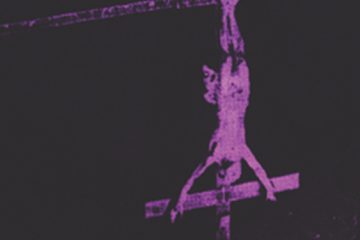 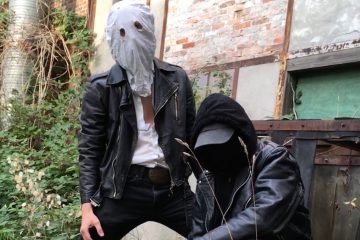