Finally, a new album from Zola Jesus of all new songs and not just stringed re-interpretations. This album does carry the feeling that black is no longer the only color in her closet. The icy coat over her earlier work has begun to melt away. The more dark wave sound might have faded, but her music is no less emotional, just more speculative than brooding.
The only wink to her witch house/goth roots is on “Dust” which also comes with a side order of r&b. Another big change is the songs have more breathing room, even in the dynamic builds. She has stated in recent interviews that she wrote these songs around her voice,  rather than creating sounds to sing on top of.  This fact is spotlighted on the song “Nail” that nakedly bares her voice with increased vulnerability. 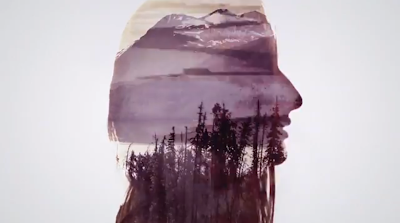 The synths that open “Hunger” caught me off guard, as they were a little brighter, but this song turns into one of the album’s more intense moments, and captures the emotion I want from her. Like Morrissey or Robert Smith, Zola now has put herself into a place where we don’t need her to be happy, yet she paints with a broader emotional capacity here. “I’ve got a hunger in my veins/ I won’t surrender until it takes me away/” doesn’t come across like she is talking about addiction, it seems hopeful it’s more about recovery.

Vocally, her strongest moment is “Go (Blank Sea)”. She abandons her trademark belting on the verses and allows herself room to sing. The return to darker synths haunt the background on this one. What has changed is there is less noise and harsh experimentation – this is sometimes missed more than in others, the weirdness that does color the songs works with them rather than against them. So you might be disappointed if that harshness was your favorite element of her earlier work.

Lyrically, the difference is the clarity of the soul searching. The recovery theme is not unfounded when she sings lines like “From first step to last /  I’m rising from the ashes ” on “Ego”. So the sobering mood is some what brighter, relying on the subtle shadows of songs like the vast “Lawless”. Some of this recovery might not be from substance, but from the urban environment she previously wrote in as this album was written from a remote island of the Washington coast.

Her songs have traditionally worked like creeper weed; some of the more outgoing hooks may or may not stand the test of time, but the dynamic range on a song like “Hollow” can’t be denied, even upon first listen it’s breathtaking. This is where a more mature songwriting approach becomes most evident.

The album ends with the ethereal musing of  ”It’s Not Over”  , where the old Zola and New Zola are best blended. It’s the darker feel married to the crisper songwriting and production. With The inevitable change, and the more dance floor oriented direction, it’s a far cry from Lorde or Pink, but not the second coming of Siouxsie’s “Peek a Boo”.