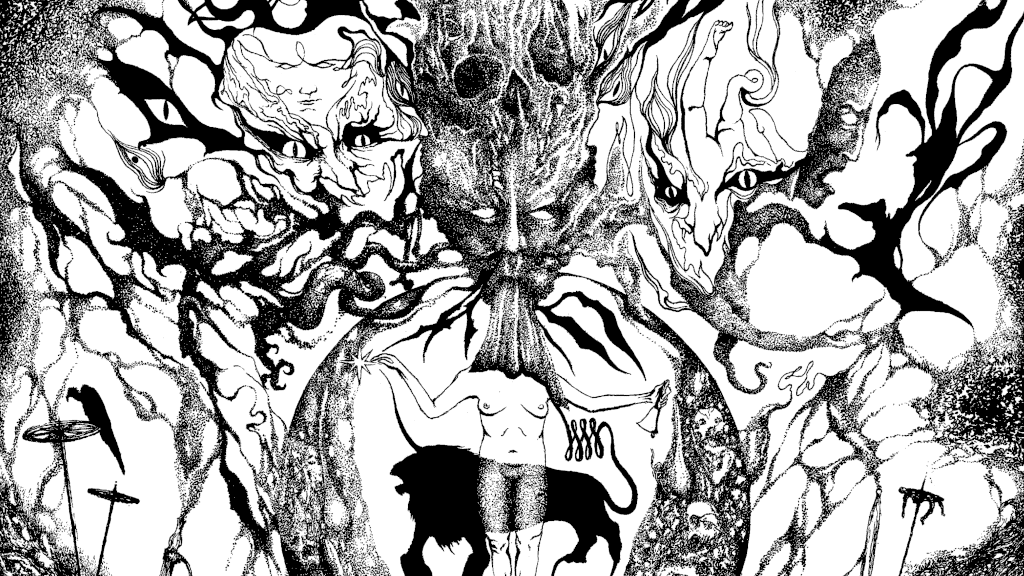 Tomorrow, Iron Bonehead and Sentient Ruin will unleash Thaumaturgical Rites of the Damned the abhorrent first album by Norwegian doomed black metal one-man necromancer DEADLIGHT SANCTUARY. Shrouded in decay and reeking of death Thaumaturgical Rites of the Damned is cthonic aural deformity spawned from the darkest and most foul sepulchers, an inverted ritual of aberrant black metal rot worshipping the omnipotence of the underworld. With hideous whispered vocals, unsettling and perverted atmospheres, esoteric and occult lyrics, and a doomed skull-crushing mid tempo pace Thaumaturgical Rites of the Damned is a glorious slab of primitive black metal that will catapult the listener back to the glorious days of Beherit, Profanatica, Blashphemy, and early Demoncy when the lines between black and death metal were still blurred and undefined, and when this foul artform was still vastly unknown anomaly confined to a small inner circle of devil-worshipping freaks obsessed with death, gore, evil and darkness.

In its verminous twenty five minutes the listener will be transported into a realm of apothic darkness and perpetual death where perversion, decomposition of the flesh and the damnation of the soul are mandatory rites imposed by a bestial force. The masterful artwork by BMS Illustration that graces the packaging just ads an extra layer of foul and unsettling beauty to what is by all means one of the most aberrant and inverted primitive black metal releases of the year.“Thaumaturgical Rites of the Damned releases officially tomorrow July 24 2020 on cassette tape and vinyl formats via Sentient Ruin for the Western hemisphere and by Iron Bonehead Productions for the EU Eastern realms, grab it HERE or HERE respectively.

In this article:Featured, sentient ruin laboratories