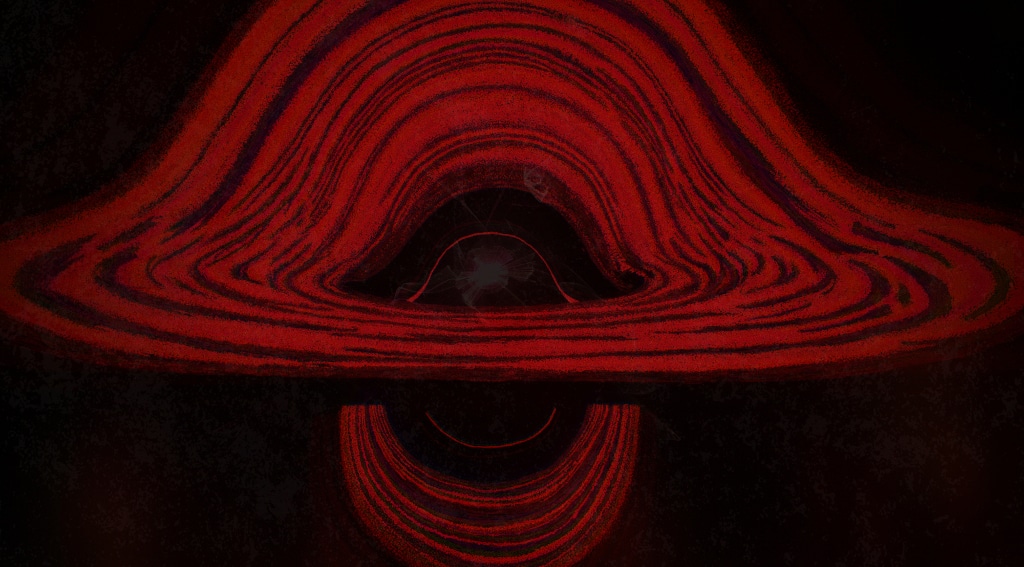 After debuting with their world-constructing/world-destroying first album Ekpyrosis, UK/US ambient/industrial black metal entity Decoherence return with sophomore LP Unitarity, a work which confirms them as an unstoppable force in contemporary modern black metal and as one of the most fascinating and cryptic acts in the genre. Today we’re honored to bring you an exclusive full listen of Unitarity as Sentient Ruin readies to unleash the album tomorrow August 14 2020 on LP/CS/digital worldwide – (pre)order HERE or HERE.

Influenced by bastions of otherworldly industrial black metal like Blut Aus Nord and Darkspace, On Unitarity, Decoherence take their sonic world-building to the next level as they carry us aeons and parsecs away from here, deep into a mysterious and alien realm of complete inhumanity that we could never fathom nor contemplate, where cosmic abominations and sidereal disasters of apocalyptic magnitude delineate the complete insignificance and nothingness of our transient terrestrial existence. Using dark matter as a primordial canvas, Decoherence have painted a wretched and abominable alien landscape in which light is cyclically devoured and destroyed, and matter and reality itself are infinitely annihilated, resurrected, and then destroyed anew.

This horrific design of existence’s ultimate and most extreme forms of demise which happen deep within remote and unknown corners of the cosmos has been envisioned and executed by Decoherence with unseen mastery and lucidity, as they’ve woven an impenetrable fractal of twisting and winding guitars, cascading drum machines and oppressive and hallucinatory electronics that push the listener down toward the event horizon to witness the ultimate and horrific end of all that dares to be within this plane of existence – infinite engine of creation and destruction that defines and governs the totality of our reality.

In this article:decoherence, Featured, Sentient Ruin