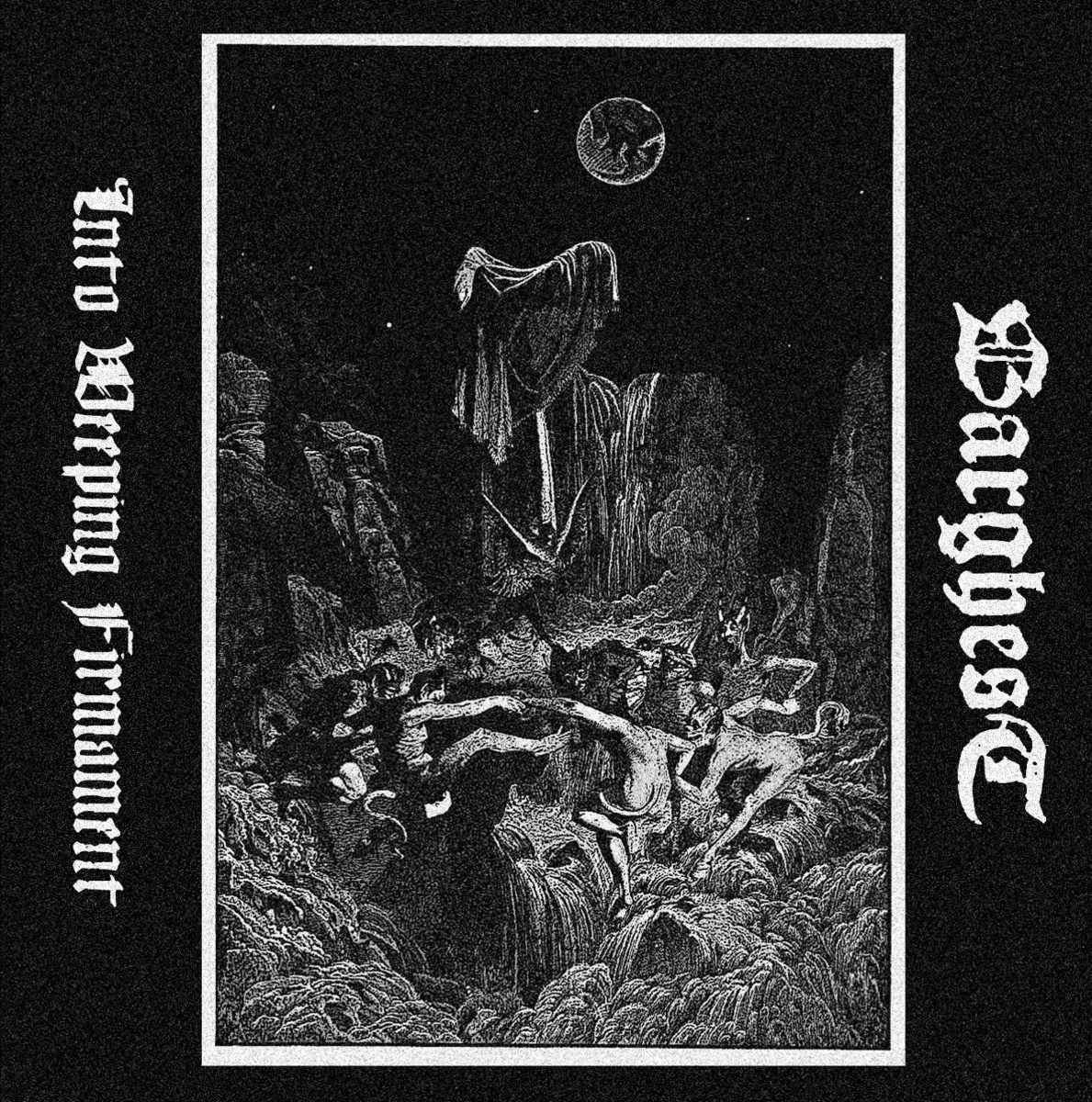 Where once black metal only slunk around in the underground as a filthy beast, in the past decade it has become the darling of extreme metal. Countless bands forging new territory into the mists of the unholy have seen success and created many daring masterpieces, some blending black metal’s traditional grit and blaspheming nature with gentler atmospheric tones to capture a whole slew of new fans’ attention. A lot of these bands expound upon the beauty in nature, or lament the wastefulness of humanity (a traditionally black metal theme presented in a non-traditional way) etc. While this approach is well and good and makes for some fantastic and cutting-edge music, sometimes you just want good old-fashioned hatred. Enter Barghest. Barghest is a black metal band in the truest sense of the word, based out of Baton Rouge, Louisiana, and they hate just about everything. At least, they sound like they do, and that’s a very good thing. The opener, ‘Application of Malthusian Principle,’ is the longest song on the EP by a small margin, though the epic nature of the track makes it feel like the centerpiece. The track opens with a short drum solo and then Barghest’s standard method of attack begins, blistering high-energy guitar riffs that are infectious and surprisingly catchy and a fast driving assault from the rhythm section, awash in gritty low-fi glory. At times, the band’s sound borders on punk-esque. ‘Application of Malthusian Principle’ also incorporates aspects of death metal and doom passages with a dreary, but impactful atmosphere giving pause to the molten assault, before rushing back to breakneck pace. Pretty much universally across the board the vocals maintain a vicious black metal snarl, but are offset at times by pained screams and deep death growls. The next track ‘Non-Promethean’ showcases some of the group’s slight but deft variance in a full black/death assault that goes full-speed nearly the entire time, ramming into your ears over and over again like a hammer, building into a grand blistering finale until an abrupt end. The closing track ‘Leper’s Den’ is the shortest offering on the album, but honestly is likely my favorite. It begins with probably the most catchy riff on the whole EP, a riff that rears it’s ugly head throughout the rest of the song, in-between simple yet satisfying and undeniably black metal passages of fury.