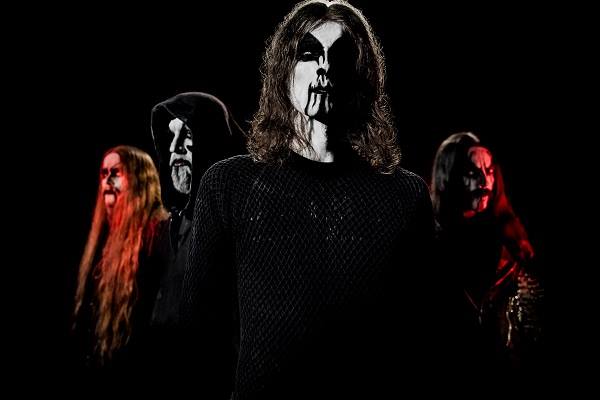 When you have been around since 1997, you are entitled to go through some changes. This 1349 album Massive Cauldron of Chaos might please some fans who did not like some of their more experimental moments on albums past, but they have reverted back to the traditional first wave of Norwegian Black metal sound. What grim old timers might frown upon is how this album sounds good and is loaded up to the gauntlets with catchy riffs.

“Cauldron” opens the album as in your face as you can get. The drums hammer at your head like a migraine. This becomes another case of the opener bowling you over with it’s intensity until it’s hard to imagine the band being able to keep it this hard-hitting for the duration without devolving into noise. The album holds a similar hateful streak as the last Hod album I reviewed on here not too long ago, so if you liked that one, then skip the rest of this review and give this a listen.

The riff to “Slaves” is so slick it’s almost rock ‘n roll with a thrash bent in the tight palm-muted attack. The chorus of “The Slaves Shall Serve” is delivered in varied degrees of snarl. The drums are not only giving a rapid beat down, but are precise, never allowing the blast beats to trip over themselves from the momentum. There is a pretty straightforward stomp to “Exorcism.” The double bass flows like lava underneath it until reaching explosion. In places, “Post-Mortem” finds groove, without going limp like Satyricon.  In fact, it’s surprising how often they hit a place that sounds like the crossover days of punk and metal, rather than anything resembling, say, Darkthrone. They play fast, but don’t default to blast beats. Harkening back to the 80’s, the guitars are tight with the thrashing. Slayer is one of this album’s predominant influences. The monstrous drumming helps to further force this into your face and shove the songs down your throat. They cling to similar pacing on “Mengele’s,” an ode to the man who earned the name Angel of Death. The vocals spew forth with a renewed scathing to them, with the chorus hitting like a Deicide song. 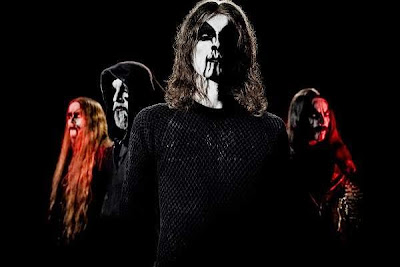 The band launches full force into the speed demonics of “Golem.” This makes me wonder if the WWII-themed titles are intentional. The lyrics are audible within the throaty screams, but not to the point where the lyrics really leap out at you, unless he goes into more of a croak. It wasn’t until the bass breakdown on “Chained” that I realized I was no longer listening to “Golem.” “Chained” has more inventive guitar playing than the previous song, though they are not trying to break a whole lot of new ground. The octave chords that accent the verse riff are pretty fucking cool.

After fifteen years, 1349 has maintained the hellfire of their momentum. They pulled this off in a manner not unlike Marduk’s latest album; no one is dialing it in with the same old same old color-by-numbers blast beats. 1349 has retained the intensity of all the snarling spite that they had on Liberation. In some ways, this album comes across as being more defined, thanks to the maturity they approached these songs with in the studio. Fans of the band will find the plague of 1349 to be just deadly here, and a fitting addition to the band’s legacy.