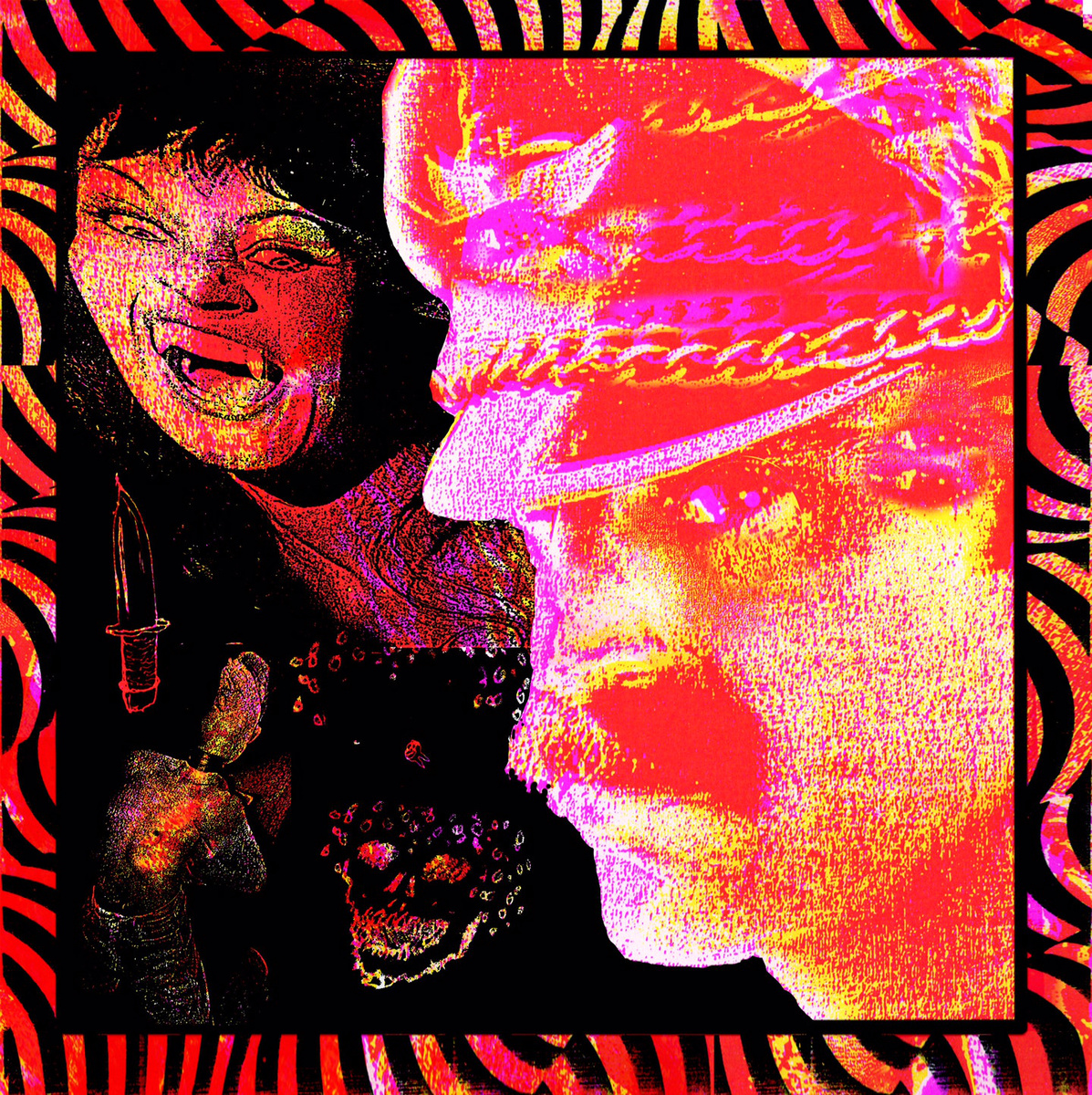 It’s would be hard to imagine wrapping your head around a full album’s worth of the weirdness this bunch of Providence, Rhode Island punks have dished out on the Amyl Banshee e.p. This is not the first rodeo rodeo for Cottaging, as they share members with Ukiah Drag, Libyans, Cult Ritual and Diet Cokeheads. So with that musical resume in mind, you might think you know what you are getting into…but think again. This falls under post- punk in a manner not unlike A Place To Bury Strangers does if they a ingested a near fatal dose of l.s.d. They have a healthy interest in Black Sabbath. They combine garage rock psychedelics with an abrasive lo-fi fuzz that sometimes leads them into formless murk on songs like “Bermuda Comptroller”. At times, this blend brings to mind early Butthole Surfers, though replacing some the the blatantly drug-induced cerebral moments with a hefty dose of punk rock balls. The album opens with the often angular spasm of dark garage punk topped off with abrupt bursts of shouted narrative. “He Was an Idiot but Also Retarded” slows down to a darker jangle as the bass builds into what would be the verse if these guys were worried about the finer points of conventional song structure. They stumble along into a breakdown of the same groove, with the guitars having plenty of room to play with. The trip goes wrong on “Bermuda Controller,” a song that paints a picture not unlike a scene from “Fear and Loathing in Las Vegas” where the drugs go really wrong for Hunter S Thompson. If Neurosis were hippies when they made Souls At Zero, it might sound like some of their more aggressive moments. “Fas Eno” continues to dish out the degradation, in the more stripped fashion of early punk, back in the days when it still held solid rock ‘n roll roots. These guys sound like they have to be incredibly fun live, as their songs demand to be jammed out into a hypnotic din that the recorded version can only contain so much of and still manage to be considered songs. So if thought of in that respect, they owe some of their sound to Hawkwind, if you subtract the science fiction and add the surreal nature of an exploitation film from the late 60’s

The guitars are layered with jagged yet melodic dissonance. The punk side takes control of “Melted on the Rocks”. But their take on punk is slathered in almost Sonic Youth levels of  effects. The lyric “I hope I make it to hell on time/ on someone else’s dime” sums up the feeling being conveyed here. Their version of hell must be a cross between a 60’s exploration film and a Hieronymus Bosch painting if he collaborated with Rat Fink. The fuzzed-out bass leading into the closing song “Krystal’s Tune” is the only moment where I detect a metal influence here. The vocals continue on with the burly punk shout they retain throughout the album. I really like the surreal beat like images the lyrics bring forth. I’m pretty impressed, but take note that it demands a few listens to fully digest what is going on here. Warf Cat Records has sold out of the vinyl for this one, leaving Bandcamp as your only option to catch this kind of crazy for yourself.