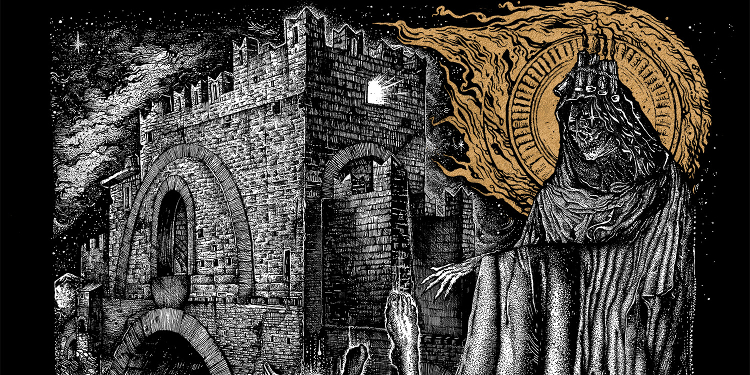 On November 7th, 2016, Sick Man Getting Sick Records will bring you the shadowtorn sonic magnificence of Raspail, by releasing the band’s brand new debut album, titled Dirge – a monumental sonic aurora of gothic doom magnificence cast across an endless and sparkling night sky. Hailing from Rome, Italy,  Raspail were born around 2010, and were formed by members and former members of underground Italian “moody” metal icons like Klimt 1918, Psychotic Despair, Room With a View, Novembre – the cream of the crop of Italian dark/gothic doom. Raspail‘s music is melancholy, harmonious and rarefaction, a sonic descent into loss and introspection started with the idea to distill the most precious grain of the typical 90’s death-doom metal, being that Raspail was created as a tribute to bands like early Katatonia, early Paradise Lost, October Tide etc. But within this blueprint, Raspail have also processed their sound in a more personal and ethereal way, as their musical vision has also been deeply influenced by the pulsating tides coming from Post Rock, Shoegaze, Drone, Ambient, Noise and Black Metal. Raspail is the “nature mother” and stepmother, who oversees the destiny of men, a shrine of ancient traditions, which constantly regenerates itself, and the the band’s music is the vision of the rural landscape around Rome that poets and artists of the grand tour yearn as a muse. Their music is also the ineffability of fate, the futility of human affairs, the whispers of the nymphs and fauns in the undergrowth. It is the fall of Bacchus covering everything with its bright colors, which quickly gives way to winter pallor. The band has stated that “the album is the result of a long process of composition and writing. We can describe the final result with an image: the old rural landscape all around Rome, cherished by the Romantic poets, with its imposing ruins covered in ivy and climbing, under the black vault of the night sky.”

CVLT Nation has been given the honor of streaming this gorgeous debut in full. Sick Man Getting Sick Records will bring you Dirge on November 7 2016, as a limited edition 350 g/m² chromo GC1 finished gloss varnish & spot varnish digisleeve CD coming with a 16 page  booklet printed on170 g/m² glossy paper – 300 copies total. Don’t miss out on this mesmerizing sonic monument to complete gloom and doom spleen.