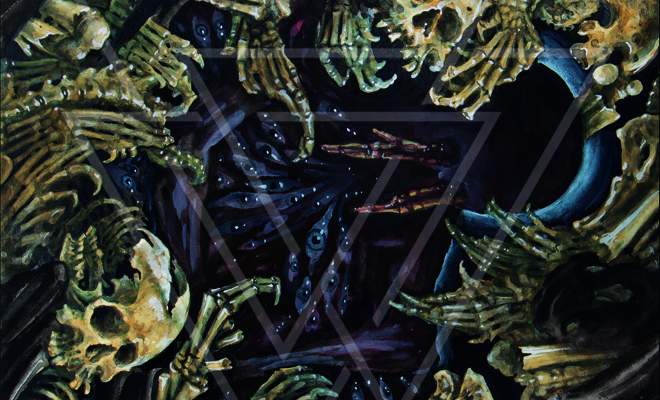 As far as “supergroups” in black metal go, Twilight has to be one of the more interesting since their formation in 2004 with the line-up twisting and contorting with each album. Their self-titled in 2005 saw N. Imperial, Wrest aka Leviathan, Blake Judd, Malefic (better known as Xasthur) come together for a murky BM odyssey that didn’t exactly set the world on fire but its follow-up, Monument to Time End, now joined by ex-Isis main man Aaron Turner, Stavros Giannopoulos and Sanford Parker (and the departure of Malefic) was exactly as the title may suggest – a monument, where towering melodic doom dirges and spectral ambience collided with the band’s black metal foundation. Fast forward a couple of years and Twilight is once again a different band. [audio: http://www.cvltnation.com/wp-content/audio/06__Twilight_-_Below_Lights.mp3|titles=TWILIGHT Below Lights]

Namely, the arrival of Sonic Youth’s Thurston Moore has turned a few heads. Moore’s arrival was a shock at first but his metal loving credentials have never been a secret and given each member’s individual penchant for contorting black metal norms around into new shapes and forms, if there’s any BM band that Moore was likely to join, this is one of them. However, it’s not the only change that’s happened in the last four years. Blake Judd? Gone, along the break-up of Nachtmystium following Judd’s recent legal issues. Aaron Turner? Once again pursuing new musical climes, specifically Mamiffer and running SIGE Records. That leaves us with the band’s core and their new cohort Moore. Temporarily. This third album III: Beneath Trident’s Tomb is to be Twilight’s swansong.

With the album announced as the band’s final record, III: Beneath Trident’s Tomb’s sound and vibe makes a lot of sense. Caution is thrown to the wind and for the most part the band never has to worry about expanding on any concepts and ideas on this album as once the final notes of closing track of ‘Below Lights’ ring out, that’s it.

Broadly speaking, the album is much more harsh than their previous work. It doesn’t occupy itself with the more pronounced black metal of the self-titled nor does it flirt with the grandiose dirges of Monument to Time End. It seems the intent is for Twilight to create three albums, each of which is its own tale, exploring different realms each time – but ultimately, it’s the same storyteller.

III: Beneath Trident’s Tomb has an industrial tinge to it, which is quite clear on the brief opener ‘Lungs’. It has a noticeable Godflesh flavour and is rather atypical of what Twilight has done previously. It’s with ‘Oh Wretched Son’ that they beginning informing their present with a couple of cues from their past. The miserable tone of the guitars that grates on the listener could have been taken from the self-titled, and N. Imperial’s retching vocals sound all too familiar again. However, upon arriving at what is perhaps the closest thing to a chorus, Twilight throw another spanner in the works, with a towering call of marginally melodic vocals that borders on bombastic.

This may be the influence of Thurston Moore here, which wouldn’t be a stretch of the imagination, though it is unclear just how the songwriting credits weigh up among all the members.

However, it certainly appears that the band members have immersed themselves in some of the more leftfield and experimental bands of late, as there’s a scent of Deathspell Omega to be whiffed off some of these arrangements too, though slowed down and glossed with a sheen of Monument…’s melodic tendencies.

Such melody is counteracted by the likes of ‘A Flood of Eyes’, where noise-laden verses control the din and the murky trawl shows Twilight at their moodiest and most forlorn. III: Beneath Trident’s Tomb is of course a different album from previous works from Twilight, but maintains enough key traits so that it fits into a logical triptych of records. Perhaps people were looking for an earth-shaking epic and diverse album, and this isn’t quite it, though to say that it’s not diverse would be to do it a great disservice. This is Twilight at the best they could be, experimenting with new and old sounds to play out their final moments.