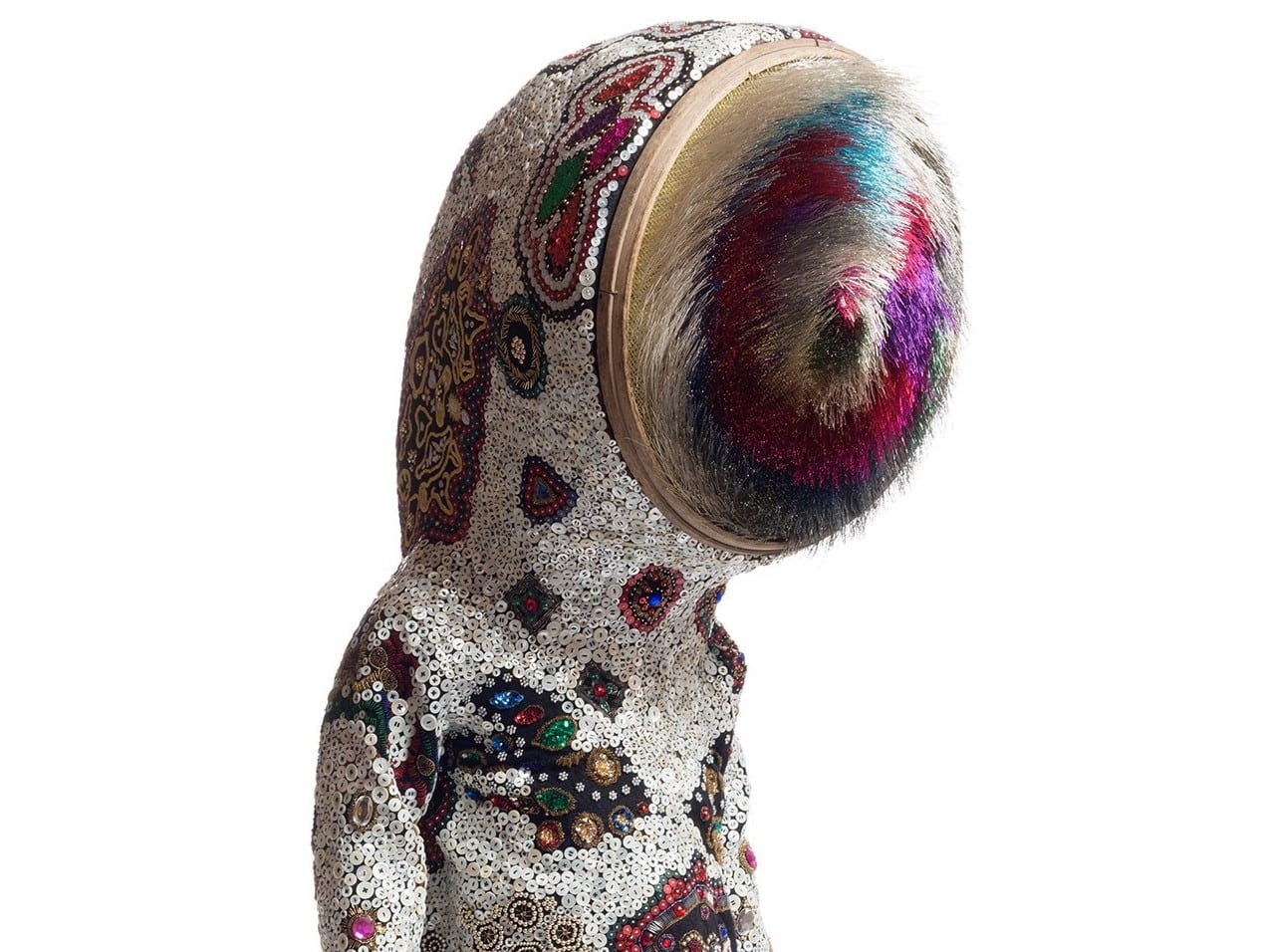 In The Black Fantastic, a new exhibition curated by Ekow Eshun at the Hayward Gallery, is a perfectly timed catalyst of excitement and encouragement for the future. Its merits lie not simply in the interesting display of Black artists who, among more well-known names, include those to watch and those whose attention is long overdue. There is an energy about the show that culminates in an inspiring future-facing outlook, fizzing with an energy and a reminder that there is so much more yet to come. This message is at the core of the Afro-futurist agenda.

The term Afrofuturism was first coined in 1993. It is speculative fiction; a future that finds its source material in the past, energised by memories looking to be rewritten and reimagined. At its core, it asks not only who owns the future but who is entitled to reason with, reckon with, and speculate about it. Initially deeply entwined with the African diasporic reasoning, it blooms with many meanings and resists monolithic typification. But at its very core, as a keyword, it seeks to uproot, take apart and reinvent the stagnant cliche of Africa, imagining a new, self-defined agency over a futurist ideal and image that explores the infinite, fantastic possibilities of Black futures.

I would love to know how you how developed the artist list? What were the beginnings of the creative process?

Ekow Eshun: I think with a show like this, the original list was very long. So, what I wanted to do is think about artists who are doing two things at once. Ones whose work begins from an awareness of race, as an idea and as a social construct. I sought to identify artists whose work then proceeds from that point, to offer their fantasies, constructions, and conceits. These works are given licence by the social construction and fantasy of race, so they articulate new fantasies and possibilities, and new ways of imagining Black experience and Black presence. I am looking to find new ways of drawing from Black histories, African-originated myths, and belief systems as well as spiritual practices.

So, all the works in the show, in one form or another, are drawing on some of that territory. And then these are also works, which give themselves licence to embrace beauty, as well as the fantastic, as well as the mythic. These are works, which I suppose offer a proposition of Black being that is unconstrained by a western imaginary, which often confines Black presence in particular ways. I am interested in the gaze as an idea that Black people should only behave or belong to certain places or certain ways of being. These are works that are unconfined in that way, and offer not so much even a riposte to white imaginary, but are intent on constructing their worlds in their ways of seeing.

Were there artists that you felt were completely compulsory to navigating these themes and these ideas within the show?

Ekow Eshun: Take Wangechi Mutu, for example – her entire practice has been about this embrace of myth and African-originated cultural identities and histories. Kara Walker, who in different ways, has been interrogating this territory throughout her long and storied career. Also, Nick Cave, for instance, whose work has this glorious, spectacular quality to it, but is based absolutely on an awareness, a grappling with the precariousness of Black experience in the everyday world. And we see that through his use of his Soundsuits. And through the history of how he developed those Soundsuits initially in response to the beating of Rodney King which has come to symbolise an awareness of the vulnerability of Black presence. Cave is determined to offer another way to move through the world as a Black person, which is how he came up with the Soundsuits, which are gorgeous and spectacular, but also speak to difficult histories.

So just even those three felt foundational to the exhibition, as so many others do too. I hope that within the exhibition you see these artists in conversation with each other. By placing them together in a group show, we come to illuminate different aspects of the artist’s work. Hopefully, the conversation provides a richer and fuller way of looking at each artist individually.

Historically, exhibitions of Black art in ‘the Museum’ has been curated through two frameworks that I like to consider as ethnographic and corrective. This show is an example of doing away with this limited outlook. As we look to the future, how important do you think it is, for Black artists to resist the canon? And to uproot the idea of categorisation solely on geographical, racial, and gender parameters?

Ekow Eshun: I think your analysis is absolutely correct. And actually, before anything else, before I say any further, congratulations on your New York show, Black Venus…

Thank you so much!

Ekow Eshun: I think your exhibition has a great premise and is doing something similar in that same way of absolutely interrogating and trying to push beyond some of these kinds of known constructions of Black historical presence and identity and relationship with an artwork. So the goal is about saying, look what happens when these artists reach towards artistic freedom, cultural liberation, the political assertion of self aesthetics, and self-fashioning. We tried to think about this show as a space of liberation, think about this as a space of inquiry.

The western or European gaze is still present because you can never really get beyond the structure or foundations of that. But here, you also have artists creating or articulating their worlds in their ways of seeing, that are to do with an interrogation of art, historical presence or absence, and political presence and absence, and testing the weight of the Black body, but also about saying, ‘let’s create spaces and scenes and moments of encounter that have their autonomy and agency to them.’

So if we think about Rashaad Newsome’s work – he is conjuring these collage works and form works with a Black body that is asserting itself in these imagined, constructed territories. These are territories where history is foundational, but where possibility, new forms of expression and interrogations of gender and sexuality, in his case, also come to the fore. So that what you see are considerations of an art historical context but also constructions of Black being and Black identity which reach towards the unseen or the unimagined.

One of the things I love about the show is how every single artist sort of headlines their own space. Can you unpack the curatorial considerations for this?

So, my envisaging here is that the Black Fantastic as an idea isn’t a movement or a genre, it’s a way of seeing. And so I wanted to illustrate and bring alive that proposition by demonstrating, I suppose, or illustrating, the different ways that different artists are approaching the same idea of embracing myth, or speculative fiction or fantasy, and how from room to room, you can have an entirely different approach, which is still founded in a similar territory.

The artists are grouped here under the gathering of the Black Fantastic, but each of them has a very individual feeling – which then illuminates the multiplicity and variousness of Black being and Black individual presence expression. This is about Blackness as multiple lived experiences. 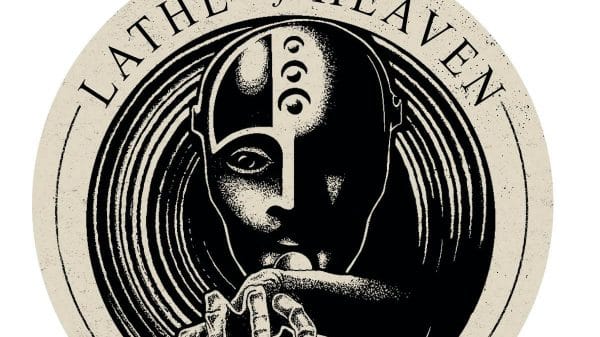 Experience the Unreal Post Punk Demo of LATHE OF HEAVEN

Right now, the 15-year-old me is crying tears of joy as I listen to the new Lathe of Heaven demo. This band has created... 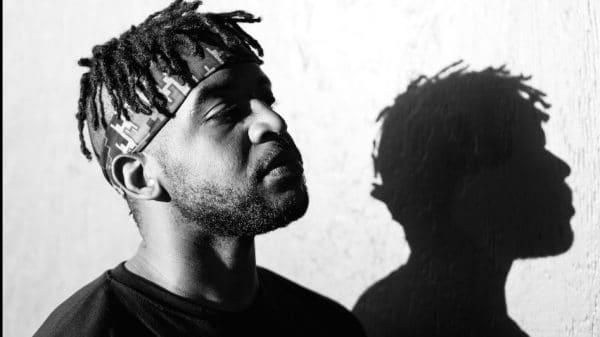 We are on the Freedom Side!
E L U C I D has something to Say