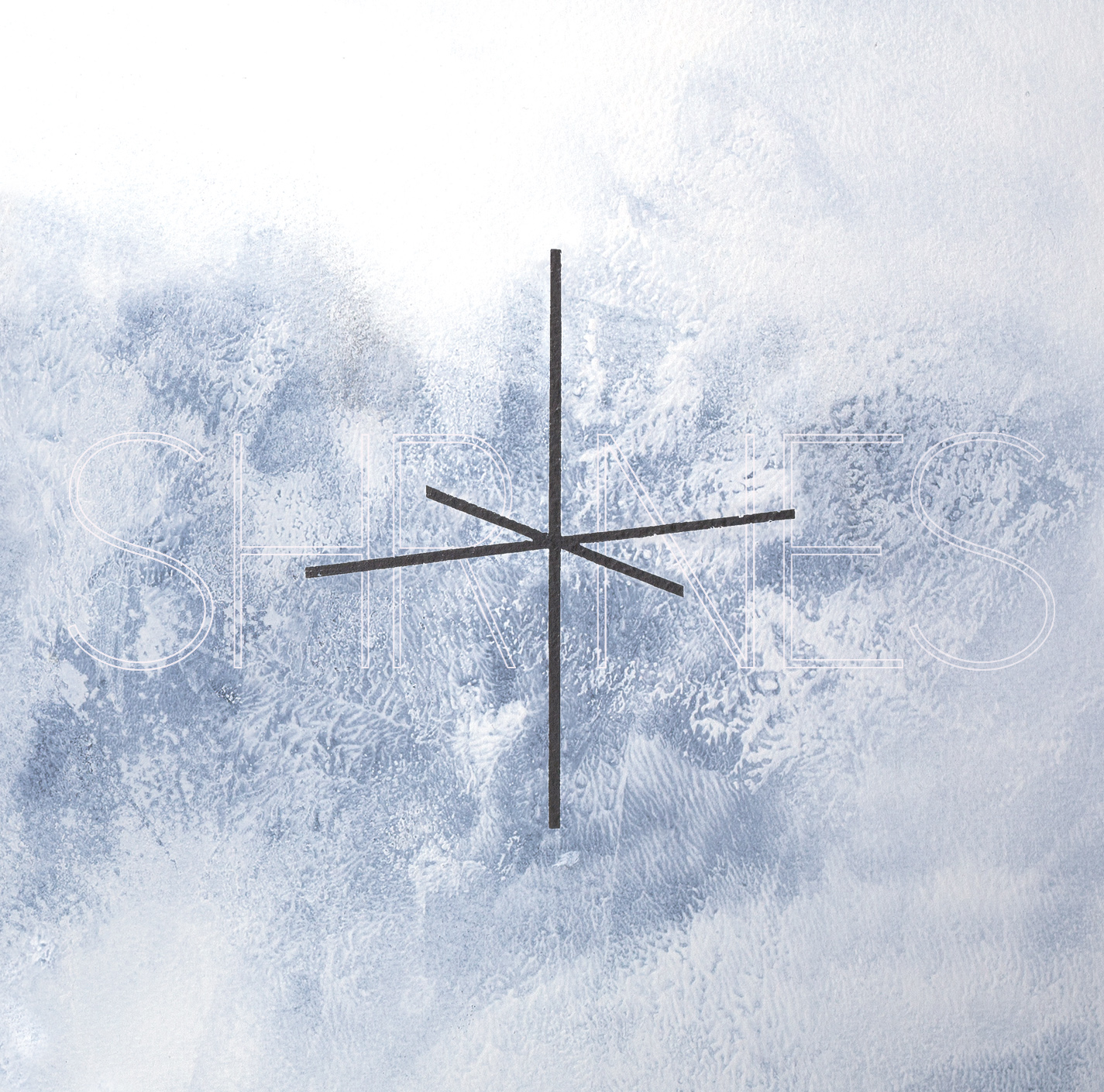 Experimental metal seems to be gaining more and more traction within the extreme ends of the genre, and Shrines are taking those twisted ideas and applying them to a sound that is as individual as it is intriguing. Bands are no longer afraid to try something new for fear of fans deserting them, and instead they are embracing being different and unique over sounding much the same as the next group. It’s much more interesting to hear bands within the underground breaking free of the restrictions of genre rather than hearing the same song ten times from as many different bands…and this is where Shrines come in.

Based in and around London, the Shrines collective have long worked in music and in one iteration or another, they have worked together. Headed by Sam Loynes (Voices, The Antichrist Imperium, ex-Akercocke), Shrines are heavy, soaring, shimmering and interesting – often all within the same song, “Eternal Return” being a prime example of their range and ideas and a song that marries the light and the dark in a twisted relationship of sound. Their self-titled debut is a record that is laced with a mature, professional edge despite their short time spent together as a group; yet through speaking to the band, it’s clear that Shrines is only the beginning and that more technical and provocative music is hidden in the depths of their collective psyche. For now, though, Shrines showcases a compelling, contemporary narrative that progresses through the album in both cohesive and enchanting tones. “Ariadne’s Thread” is a gorgeous, morose introduction that leads into “The Drowned and the Saved” and its off-kilter rhythms, crooned vocals (Loynes) and hidden blackness beneath the surface, before “Eternal Return” dispenses with any niceties and completely submerges its sound in devastating darkness.

The track moves into death metal territory, yet somehow retains Loynes’ characteristic, low-sung vocal. It’s a fascinating juxtaposition and one that pays off for Shrines, enabling them to take a risk or two later on in the record without it being too jarring or unexpected. “Multitude of Sin” is much more straightforward death metal in its execution, but it’s not without its eccentricities – again, something found in the vocal delivery – and the song takes shape around a pummeling drum beat (Daniel Blackmore) that barely allows times for breath. Shrines is a record unafraid to move into those shadowy corners of the bizarre, and “In the Manor” takes “Of the Wolf” by the hand and lures it into the pitch dark recesses of the mind. The former is a short, spoken word section that talks of becoming one with the wolf inside (whether in a supernatural, or more metaphorical sense) and the latter track is its natural response. Beginning on more subdued tones than other songs on the record, “Of the Wolf” moves forward on somber progressions that dip into gorgeous post-metal flourishes that clash with the harsher, colder landscapes that Shrines create here. It’s an instrumental piece that runs from a stepping stone of quiet to more bombastic hues without missing a beat or losing its way and giving the effect of change and the ramifications of that metamorphosis.

Shrines continue their unique and curious melding of modern blackened death and old style vocal leanings throughout the record, which allows them to explore the more exotic aspects of the genre they’ve called home. Modern metal has many different facets, and bands like Shrines are leading the way towards other avenues of sound exploration.

Shrines can be pre-ordered from Apocalyptic Witchcraft, and you can expect to see them live in London soon.