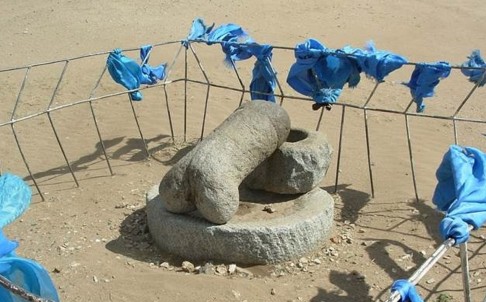 Wooden carvings of male genitals found in the hands of female mummies discovered in northwest China’s Xinjiang Uyghur autonomous region were part of an ancient ritual, not sex toys, according to a new study by Chinese scientists.

The phallic carvings measured as small as 4 centimetres in length and were discovered in graves at the Xiaohe Tomb complex in Lop Nur, Xinjiang in the grip of 4,000-year old female mummies.

They were smaller than expected and mostly painted red to highlight their sacred status – hinting at their use in certain religious rituals.

They were found by a research team led by Yang Yimin, a professor of archaeological science at the University of Chinese Academy of Sciences in Beijing. The findings have been published in a paper in the peer-reviewed journal PLOS ONE, run by the San Francisco-based Public Library of Science.

Phallicism, also known as male organ worship, was a common ritual in many ancient cultures, with archaeologists often encountering relics representing sexual organs in tombs and other excavation sites. The tomb complex ranks as one of the largest and oldest burial sites in the world for mummies. The bronze-age burial site dates back to 1980BC, houses around 330 tombs, and contains more than 30 well-preserved mummies.

It was officially discovered by Swedish explorer Folke Bergman in the early 1930s with the aid of a local hunter who had stumbled upon the site some two decades earlier. The site was then obscured for decades by desert storms that shifted the sands of the surrounding desert. In 2003, government-sponsored archaeologists in Xinjiang rediscovered it. They found that half of the tombs had been looted and the others undisturbed, with shrivelled corpses of both men and women well-preserved in boat-shaped coffins wrapped in cattle hides.

The archaeologists were shocked to find replica wooden genitalia in the left hand of almost every female at the tomb complex, suggesting an extreme form of phallic worship in this primitive Chinese society.

The females also carried leather bags attached to the right side of their waists, which included cosmetic “sticks” made from bovine hearts, according to studies conducted by Yang’s team. Chemical analysis of the paint on the sticks showed them to be hematite powders – hematite is a blood red-coloured iron ore – that matched other daubings on the faces, personal items and even phallic artefacts of the mummies.

“So using cattle hearts as tools to paint red marks on the human face, as well as on objects such as vertical wooden pillars and wooden phalluses … was a sacred and significant religious form of behaviour for the Xiaohe people,” the team wrote in the paper.

“The colour red was usually considered a symbol of worship,” they wrote.

“Using [the] heart as a painting tool may indicate that ‘blood worship’ was a signature of this socio-religious culture.”

Huang Shouyu, a historian based in Changsha, in central China’s Hunan province, agreed that the replica wooden genitals at the tomb complex were likely used for religious purposes.

“They may have served as both sacred items and sex toys,” he said.

“It probably would have made little difference to our ancestors.” 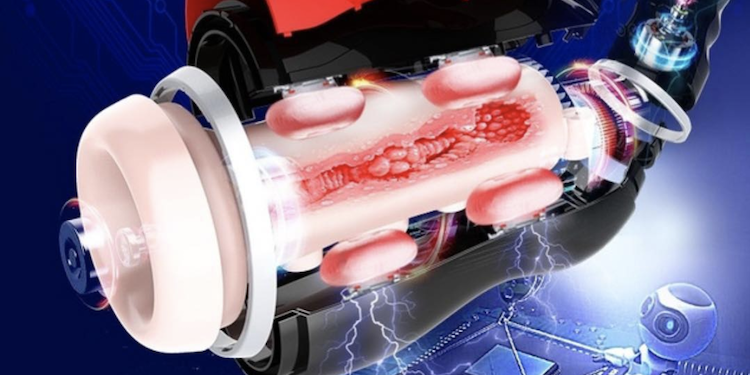 One of the things that’s awesome about working from home is that when a post from @dildonighmares pops up in my IG feed I... 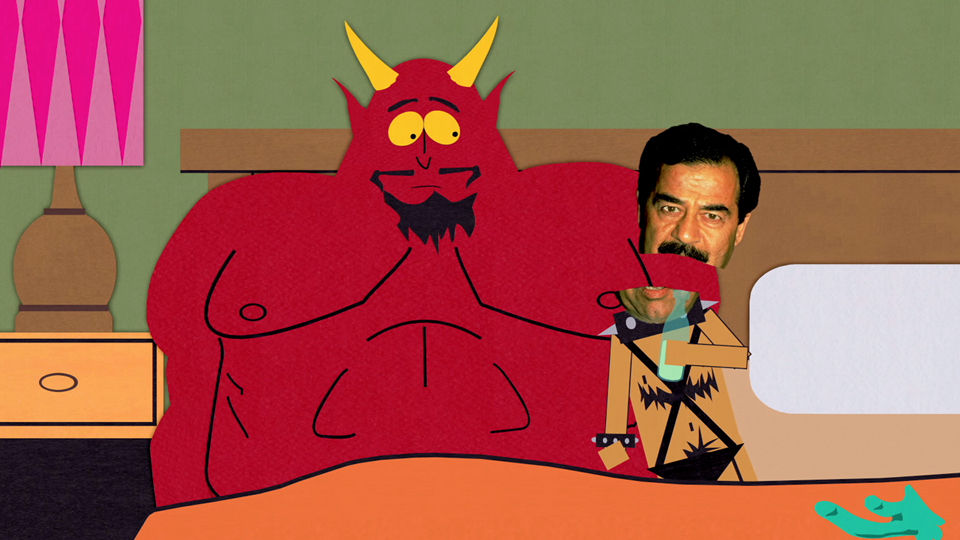 I was raised going to church and Sunday School, and while my parents luckily didn’t reinforce it at home, I was exposed to the intolerance of sexual...