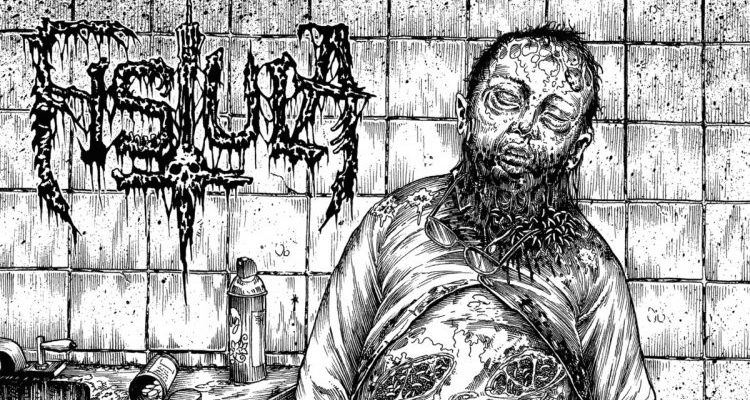 Filthy Scumbags – Drug Takers – Putrid Sludge Mongers are the kind of words that come to mind as I listen to FISTULA. This band kicks out the reeking jams with every recording, and their new split with Hemdale does not disappoint. Come a little closer so that you can hear the new FISTULA song song “Whore Cancer” below.

Dan Harrington of FISTULA states: “A few years back, an eccentric weirdo approached us about doing a release… I handled all the technical stuff and it came out great. He started taking on a lot of projects at that time; I advised him to slow down… I didn’t want him to get in over his head and be unable to deliver for his customers. Things started getting strange when he tried to interfere with a release that we had going on with another label. He was trying to remaster our audio (he has no experience in this field) but his attempts were ignored. Then he started taking preorders for releases that were not planned…. Then all was quiet until a hilarious, 40-minute emasculated rant appeared on YouTube. In this video, he starts a bonfire to burn all of his label’s releases and slandered just about anyone you can think of from his roster. The insane ramblings contained in that YouTube rant were then regurgitated into the lyrics of ‘Whore Cancer.'”

New Fistula vinyl is now available from PATAC pre-order HERE! New split 7″ with Hemdale has been released and is available on splatter vinyl (ltd/400) and clear vinyl (ltd/100).

Their split 7″s with Come to Grief and –16– have been repressed on two new colors: silver and gold, each limited to 250 copies. FISTULA are headed to Austin Terror Fest 2018 and select surrounding shows. Pick up a copy from us, for those not lucky enough to attend the festival, hit up www.patacrecords.com or request our music at your local record store. I’d say I’m hungover because I probably am but at least I had the good sense to decline Daikaiju’s invitation to party because –...