I’d say I’m hungover because I probably am but at least I had the good sense to decline Daikaiju’s invitation to party because – though I’m sure that would’ve been one of the more memorable mistakes I’ve made in the last few years – I had a pretty solid hunch that following Secret Man anywhere would lead me to prison or the grave and either option would be a pretty significant hindrance to rock and fuckin’ rolling today.

But the AC is blasting and I think I’m good with my scabs and so I turn on the TV which strongly suggests that I never go outside again.

Evidently, yesterday’s scorcher was nothing compared to today’s sweltering shitfist.

That’s the kind of whether that gets people killed.

Rumor has it these kids are local and generating a good bit of buzz with their fuzzy Cocteau dream pop.

I thought I heard something about doom, too but that doesn’t seem applicable at all.

Glimmering, slinking and breathlessly beatific, their music calls to mind those long spring afternoons spent lying in the grass making out and tracing clouds with the first person that would ever break your heart.

And, I mean, I like them all right. They play long, torturous tundra fires with a vaguely knowing wink and stolid art/punk ethos which is cool and brutal and all but without an ear acutely attuned to the dynamics of their tectonic shifts I can only endure so much of the landslide before absconding to the AC with the vain hope I might hear some Charli XCX (fuck you, she’s rad) which I don’t because duh but there are hundreds and hundreds of bodies packed out there in the sun, sweating and screaming along to the deterministically turgid offense and inasmuch as I yearn to be a part of the chorus I just can’t fuck with any real personal growth at the moment.

Everyone says I should stay for Bongzilla but I just fucking can’t. It’s too hot and too packed to lead to anything but a blackout pukefest and, besides, in the time between Thou’s last note and Bongzilla’s first two bands I don’t know in the slightest will have played across the street and I’m sorry CVLT peeps, but I really need to keep my Torchy’s down and go learn a few things.

Martial industrial ground from portent to wires and funneled, live and murderous, through the black tar sewers of Alphabet City circa 1989.

You think I was gonna miss this shit?

This is my big, bad hatefuck/creeplove jam, man.  Drums, git, noise and shouting drowned in red lights and served like a snitch at a Sing Sing riot. Fuck people. Fuck pleasure. Fuck pain. I’m gonna roll around in broken glass and kiss the wounds by name.

Sludge often suffers from a distinct lack of resources and the same can be said of doom.

It’s not always, but quite often, all balls and Les Pauls, crunchy-crunch, crush and vroom. Delicious, yes, but too often inimitable like HoHos or Swiss Rolls or Yodels and though the best bands of the (sub)genres can make an indelible mark on your psyche with feedback, drugs and caterwauls most present in your standard rock and roll formation.

Mountain of Smoke, however, have a pedal steel player and that, my friends, makes all the difference.

Sure, the band rock a righteous Southern death riff crusty as a gutterpunk high on bennies and blues and the meat of their crush would be enough to inspire, at least, a dozen jail piss tattoos but it’s that goddamn slide that’s got my third eye twitching with the spindizzy nihilism.

I don’t know what I was expecting when Dark Castle came on but it certainly wasn’t a death march along the Left Hand Path through the many triumphs and torments afforded the cultures whose blood spells out an unutterable script for the De libro Apocalypsis.

I mean, I knew I was in for the heavy and all but I really didn’t count on the teeth-rattling soulcrush this duo espouses and am really rather dumbstruck by the mammoth.

A little frightened, even.

Q. Is that a fuckin’ flute?

It should be noted, however, that the presence of a flute in Dreadnought’s sonic arsenal does not carry any of the lily-white suckitude commonly associated with the instrument’s inclusion in rock and/or roll. The flute, in fact, is used sparingly and as an accent to the ochre deluge of Dreadnought’s blackened prog doom much like the keys in the corner and foggy femme croons turning what could easily be another exercise in blast-first Berklee overcompensation into a curious and dynamic beast as at home in this sweltering room as at play in a field of poppies.

Before Panopticon take the stage, the rains come hard with wind and lightning and a consistent buzz of tornado warnings. Most folks run, some folks scream. The staff handles the bedlam coolly and professionally, ushering a fair portion of the capacity crowd to the safety of the Control Room before closing the door to the Garage.

The folks still here are stoked to be on the right side of the downpour but half of us are reasonably convinced this is where it all ends, another quarter are shit-can oblivious and the rest are pissed they have to wait on the reclusive Appalachian black metal luminaries to play. There’s a bar in here, though, so no one gets exceptionally salty except for a few kids lamenting the fact that they are presently without their friends.

“I mean, we were all fine under the door. What the fuck? We came all the way from (wherever, Midwest USA) to see Panopticon!”

“There are tornado warnings,” I hear someone authoritative say “and even if we don’t get a tornado, if the winds pick up like they’re saying that could fuck up the hydraulics on the door.”

“So if the hydraulics fail, that door is coming down anyway and a whole lot of people are gonna get hurt…bad.”

Comforted by consequence, the salty kids vape in silence.

Oakland Kara mentioned something earlier about how the storms were due to come during Alcest’s set and how that would be so perfect and we all agreed but now that the tempest has settled a bit and the real (albeit brief) fear of dying has subsided I’m so much happier it’s Panopticon up there riding the triumph of elemental violence.

Inspired in their working-class anarchy as Billy Bragg and just as singular, they ply an uplifting roar of defiance for the rights of the body, the spirit, the mind in a time of great tumult and torpor that makes the heart burst with pride and the eyes swell with longing and though their set is abbreviated on account of God’s laughter and not wanting to fuck with Black Cobra, they deliver an earnest and earth-shattering treatise on becoming that is worth every dime, every hour, every brain cell exhausted in wait.

The fact that I’ve seen Black Cobra twice this year and haven’t been hit in the head with a bottle once is a goddamn miracle.

Not that Black Cobra are the kill-or-be-killed type or that their fans are the hurting kind but there’s something so intoxicatingly manic about their blackened thrash gas-huffer doom attack that a body couldn’t be blamed for wanting to just fucking smash and in the frenzy of this pit I don’t know that I’d even really begrudge a fella for seeing me still, desperately trying to focus and deciding “hey, fuck that guy.”

Listen, man, it’s been a long three days with a lot of booze and a lot of heat and a lot of music that has alternately saved my soul and blown my mind and made me want to lay down in the cool drifts and die but Alcest are just too much.

I don’t know if it’s the immaculate hair or the faerie folk shimmers or the long spidery swaths of grey muslin punctuated by piquant trenchant crushes that seem to be purposefully fucking with my internal gaze as my consciousness fights against its final, inevitable descent into madness but there’s a keen disconnect between Alcest and me.

And I know that doesn’t  (and really shouldn’t) matter to the many, many adoring of the curious and furiously influential ether-world writ large by Neige over the last two decades because they are getting and, rightly, reveling in the full experience of the grand mysterical played at volume and I envy them like I do the dead, because while they are blissing I am kinda bugging the fuck out.

Maybe after so many long hours in the ugly, I just can’t fuck with this much lovely.

You want a piece of me?

Come fuckin’ find me, son. I’ll be the beer-battered sunmabitch freshly rejuvenated from giving his last fuck to the wrong cause and ready to hallow these goddamn halls forever if that’s what it takes.

With a mason hammer, two hatchets and some long screws for good measure I’ll be waiting sullen and bitter, shoring up my prison physique until I’m half man, half minotaur just waiting, sweaty and swole for the first insouciant little shit to get his prick up enough to brave the cave and then “CIAO, BELLA!”

I think I gotta go. 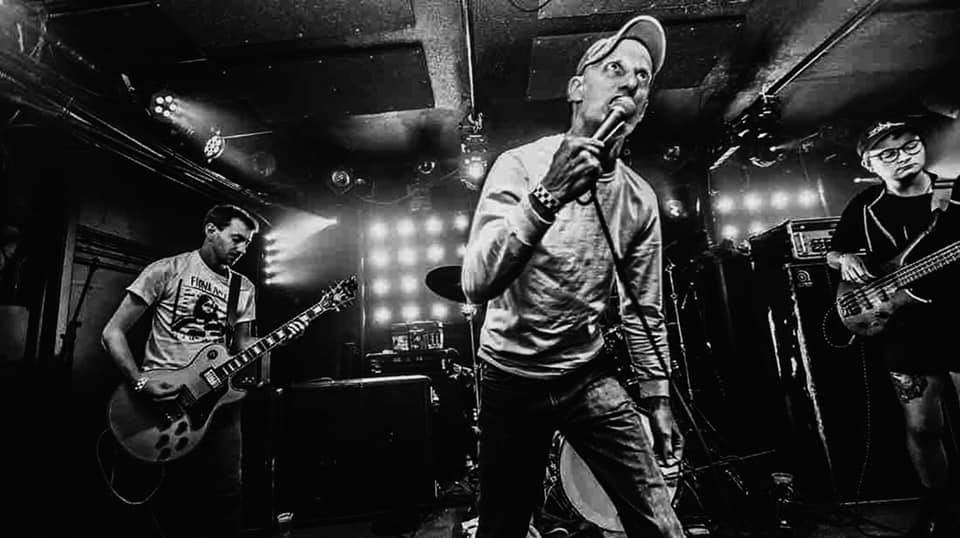 Austin Terror Fest is going strong in 2019, and they’re bringing the heavy shit to the raddest city in Texas! From June 7th to...