In their longing to be the most devoted and the most pious, some people go to extreme measures. It seems that in the feverish desire to reach Heaven, it’s mostly women who put themselves in agonizing situations to satisfy God. It’s hard to explain why it’s mostly women that tilt towards radical measures – are women more religiously radical or do they have a tendency towards divine delusions? Perhaps, as with most of their ambitions, the female way to reach sainthood is to suffer. The head of Saint Catherina of Siena, a known stigmata

To reach Heaven, you have to be put through trials and prove that you’re worth eternity. The stigmata are a well-known phenomenon. In the Biblical texts, the stigmata are Jesus’ crucifixion wounds, puncturing his hands, feet and side with nails. An extension of this is the crown of thorns, which Jesus also wore on the cross. These stigmata suffer in union with Christ, and share his suffering in the material world. Throughout the ages, there have been reports of people sporting puncture wounds, sores and marks in locations that correspond to the wounds of Jesus. A less gruesome method is fasting, where you give up all earthly needs to prove your love for the Holy Trinity. These victim souls do penance for us sinners, making sure that their martyrdom puts us in God’s light as well. Therese Neumann, a Bavarian Catholic, was only nineteen years old when she became partially paralyzed after falling from a stool in her uncle’s barn. A year later she became blind and bedridden, resulting in bedsores that rotted her flesh. Four years later, Therese suddenly announced that her blindness was cured, on the same day Therese of Lisieux, “The Little Flower of Jesus” and one of the most popular saints of modern times, was beatified. Our German Therese claimed that her saintly namesake had also cured her of paralysis and her bedsores. Like any other young adult, she took to her bed again and announced she was now suffering from appendicitis. Minutes before her surgery commenced, she demanded her family bring her to church to pray. Afterwards, she claimed she didn’t need surgery anymore and was rid of all disease. A year later she received a vision of Jesus and three of his Apostles, and when she woke, she had a wound above her heart. She received this same vision two more times, each time accompanied by the reappearance of the wound above her heart and a second wound on her left hand. One Good Friday, Therese envisioned the entire Passion of Christ and started bleeding from her hands, feet and eyes. Visitors did not see any bleeding in action. Neumann claimed she was suffering in union with Jesus, and she would utter phrases in ancient Aramaic. Neumann also claimed that she ate nothing but The Holy Eucharist for close to forty years. Therese was described as a hysteric and a sufferer of PTSD, and during the rule of the Third Reich, was a target of ridicule by the Nazi regime. She was tested multiple times by bishops and other curious researchers, who all called bullshit on her claims. The bleeding only happened when Therese was alone and she had a normal weight during her entire life, proving that she returned to normal food and drink when not under observation. Another great example of this delusional suffering is Saint Rita of Cascia, patron saint of the impossible, abused wives and widows. She was only twelve when she married her quick-tempered husband and bore him a child. Throughout their eighteen-year marriage, she endured his abuse, until he was violently stabbed to death during a feud with another family. Rita joined a convent and became known for her self-harming behaviour in her religious rituals – kneeling for hours upon hours, flagellation of the flesh and fasting. When Rita was sixty years old, she became particularly stricken by the story of Christ’s Passion. She locked herself away and prayed to Jesus to let her partake in his suffering. In humility, she asked for one of the thorns of his crown. After prayer, she developed a large puncture wound in the middle of her forehead, which grew so revolting that she locked herself in her cell for the next fifteen years of her life, where she suffered from excruciating pain. She called the maggots that started feasting on the wound ‘little angels.’ Upon her death, it was reported that the forehead wound emanated a ray of light.

A more contemporary victim soul is Marie Rose Ferron, who developed four puncture wounds on her forehead and suffered from such pain that she was unable to lay down. In the same era, Alexandrina of Costa jumped from her window to escape an attempted sexual assault and became paralyzed and constricted to her bed. In the last thirteen years of her life, she only received nourishment from her daily Holy Communion. When she was taken to the hospital to be observed, it was noted that she indeed didn’t eat or drink, but she did suffer and longed for food. Bedroom of the Blessed Alexandrina of Costa

These women, who are so hell-bent on getting to heaven, have had hard lives from the start. Whether they are being abused or are mentally/physically handicapped, they try their best to make their lives even more of a hell, in order to get close to God. They convince themselves that pain is the only way to be devout. Is this just the result of the fact that most religions have strict rules for women? Are they just following Biblical women in their suffering or do they truly care for mankind in such a way that they suffer for our sins? It’s hard to get into the mind of these women, especially in the modern, secular times we live in. Whether you are religious or not, the piety of these martyrs is impressive and almost hard to believe. Are they histeric religious nuts or did they truly believe in their cause? In any case, God does not have mercy on our mortal souls. Anne Catherine Emmerich, Saint of the Handicapped and the Stigmatists. Her visions of the Passion actually inspired Mel Gibson. 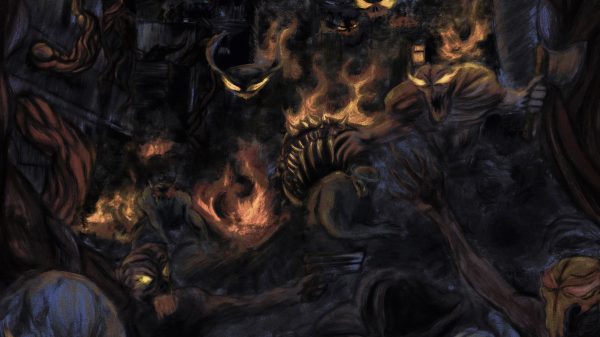 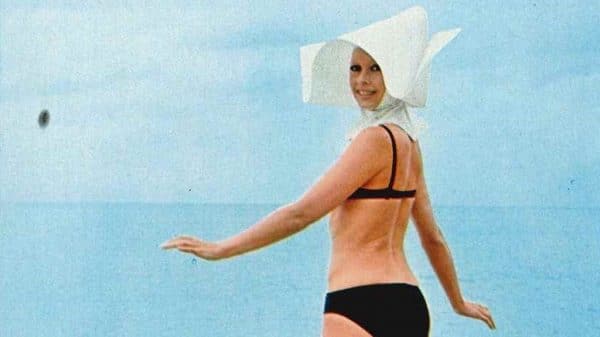