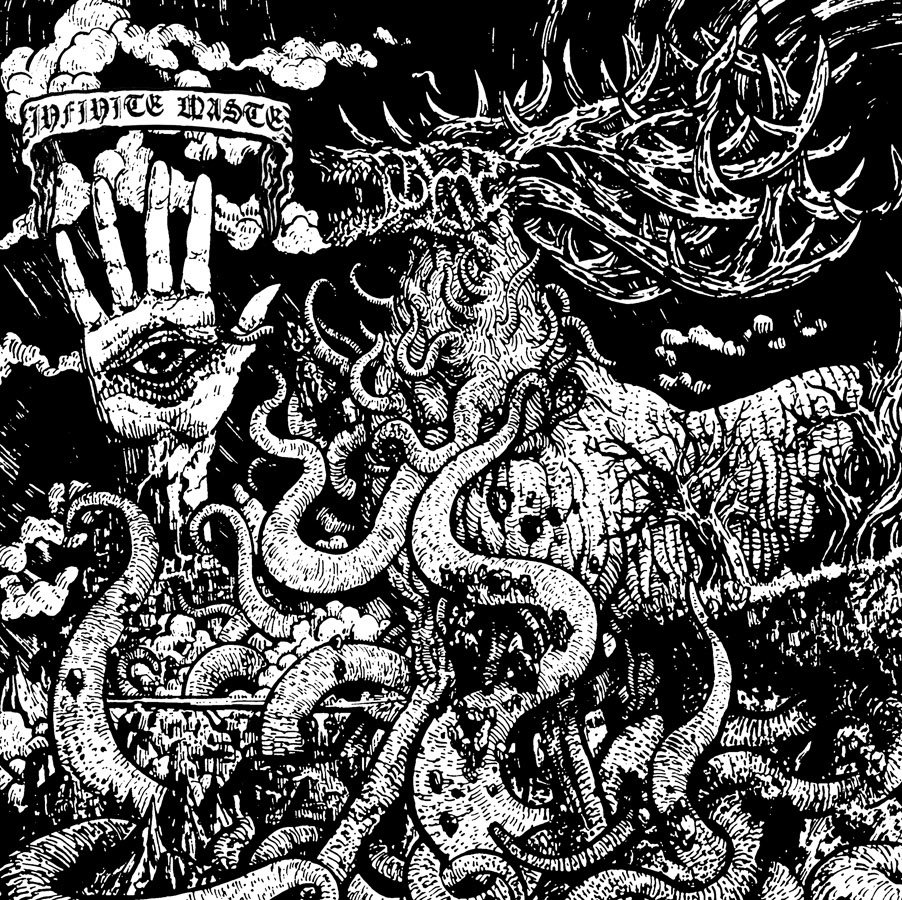 With the start of a new year, the underground has awakened from the holiday and turn of the year stasis and has been swarming with new releases from a ton of great unsigned bands. Here are the latest that we strongly feel you should familiarize yourself with:

Hailing from somewhere in the Midwest, East Coast and Canada, Haunter are a mysterious and cryptic black metal band that creates brainy music slashed open with echoes and ripples of technical death metal in the vein of Gorguts and Pestilence, and avant-garde and prog leanings that bring to mind Krallice, Deathspell Omega, and Enslaved. There is a rawness to these songs that keeps the atmospheres murky and sinister, but the execution and composition are so grand and ambitious that this debut opus of theirs, titled διαδήλωση, is constantly steered in the direction of a vorticose and hypnotic magniloquence that will suck your mind into a maze of sonic astonishment. Fans of cerebral and structured extreme metal will love every second of it. 2. LUNGS – As Dust Reaches the Earth

I remember playing a show with LUNGS some years back, and they were rad AF, both on stage and off. Rad dudes with sick riffs. With a keen sense of melody and grace injected into their post-metallic amplifier-worshiping sludge/doom, Lungs have created a solid addition to the post-metal legions, one that sounds ambitious and accomplished. Hailing from Minneapolis, Minnesota, Lungs have now finally released their new album, As Dust Reaches the Earth, a monolithic slab of melodic, hypnotic and proggy sludge that will surely please the palate of fans of Kylesa, Mouth of the Architect, early Baroness, High on Fire, and Rosetta. And here we go with some authentic violence. Two Bay Area bands – a newer one (Oakland-based grind juggernauts Infinite Waste), and a veteran one (San Jose’s Death Metal killers Cyanic) coming together to bring us a serious onslaught of speed and rage. Cyanic kick things off with their staple attack of swarming and winding technical death metal infused with elements of black metal, progressive dirges in the vein of Pestilence, and old school death metal in the vein of early Morbid Angel. If you like extreme metal played from the gut but aimed straight at the most remote areas of your brain, then Cyanic will surely be a harrowing surprise to you as they tunnel into your brain with their weird and dissonant compositions and batter your flesh with an unreal barrage of wrath and evil.

Infinite Waste completes the split by supplying two demented, schizoid, and completely deformed slabs of ultra-structured and rabid grindcore that will assault your senses and rip your flesh to pieces. This band brilliantly fuses two grind schools into one single chaos storm of aggression: the technicality and delirium of bands like Discordance Axis, early Criptopsy, and Cephalic Carnage with the blunt, raw and downtuned aggression of bands like Rotten Sound and Nasum. If you like grindcore, then these guys will stuff your skull with pleasure and adrenaline till your fucking head explodes. And now one for the more violent ones. Remember Dead Man? Dead Man (RIP) were the fucking shit, and now Hallucinator is carrying their torch. Featuring members of Dead Man, along with folks from other rad Bay Area bands like Caffa and Limbs, Hallucinator plays straight up vile, evil, and unholy thrash from the finest hour of extreme metal, when Scandinavia in the late 80s and early 90s was vomiting out the first seeds of black metal, and bands like Venom, Mayhem, Bathory, Darkthrone, Hellhammer and Celtic Frost were dominating the earth. Timeless, crude, ferocious and just fucking classic AF, Hallucinator deliver a leather-donned, spike-bearing, devil-worshiping ass-whooping that you will not easily forget, and that will leave you battered and scared in the wake of the invading hordes from hell! 5. WORSHIP OF KERES – Bloodhounds for Oblivion

Classic, timeless, grandiose as fuck. Immense, time-shifting and earth-shaking occult doom that will shake you to the core – Worship of Keres, hailing from the frost-sprinkled forests of northern/alpine California, have created one if the greatest classic doom debuts of the new year. Their debut EP titled Bloodhounds for Oblivion is absolute sonic dominance and complete aural mastery that perfectly bridges the magmatic and sulfureous dirges of Subrosa, the occult and witchcraft-tinged atmospheres of Blood of the Devil, Witchcraft and Uncle Acid, and the monolithic mantras of Castle, Witch Mountain and Acid King into a new and unforgiving sonic ascension of absolutely triumphant classic doom. Try and not to lose your mind against the haunting vocals of Elise Tarens and the godly riffs of Matthew Woods Without – good luck with that. Having this band go unnoticed would be a fucking crime against the human race. 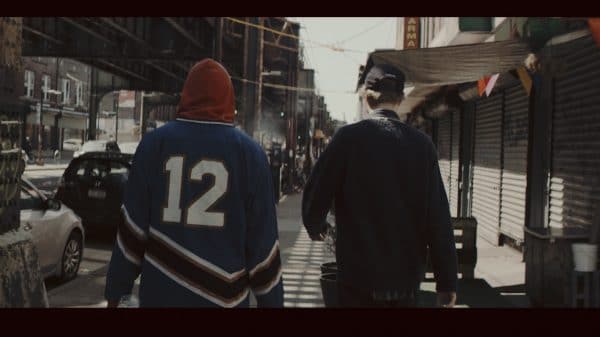 Sound Bombing Verbal Kung Fu Beat Chemistry — it’s time for y’all to look into the mind of a word warrior that goes by...