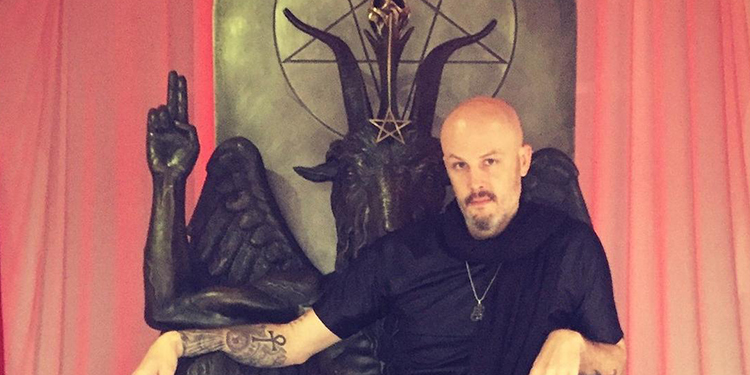 It’s no secret to most of our readers that we at CVLT Nation have strong political leanings. Much to the chagrin of some people, we don’t think of this site as strictly a place for music reviews and streams, any more than we think that music, or any art form, is strictly non-political. Telling an artist or a musician that their beliefs have no place in their art is ridiculous, considering the long and essential history of art and music in political movements. So while we are focused on music and art on CVLT Nation, we’re also focused on our political beliefs. At the root of what we believe are our anti-mainstream tenets. We do not suffer religion or mainstream political parties. We are not Democrats; we are not religious apologists; we do not support the racist, genderist, sexist ideals that our society has been built on. Traditions are meant to be ignored. History is something to learn from and the future is something to change.

All of this is a long-winded intro to why we support an organization like The Satanic Temple. Of any organization active in the United States today, they take the most disruptive stance on our current social climate. They aim to dismantle the social mores that define our culture. The LGBTQ community is under constant attack in the so-called “Free World,” most recently by the monstrosity that heads it. So the Temple’s move to make it known that they are a place for everyone with an open mind and a kind soul is very much needed at this time.

One of their members wrote an awesome piece on VICE this week that we want to share with you. You can read it in part below and in full on VICE.com. How the Satanic Temple Became a Queer Haven

The Temple is a haven for smart people with complicated identities that promotes benevolence and empathy.

Read the original article on VICE

In the early 90s, Ash Blackwood (who goes publicly by his psuedonym, Ash Astaroth) was an openly gay teen looking for community in his tiny Ohio suburb—and he found it when he stumbled upon Satanism.

With his piercings and blue hair, he found empowerment by embracing his own brand of weirdness—something that brought him routine high school bullying, but seemed to be embraced by the Church of Satan. Without a physical church to visit, he said he’d spend a few hours each day at his local library, logging onto online Satanic forums and chatting with like-minded souls. For several years, those virtual chats sufficed.

Ultimately, however, he became disenchanted by the Church’s insincere and aggressive tone, not to mention the bros who infected the scene with outdated machismo.

He nearly ditched Satanism altogether. In 2014, as he prepared for a life explaining away his Lucifer tattoos with a spiel about liking the literary archetype, he discovered the Satanic Temple, an unrelated though similarly-named group. It was actually an anti-Satanic Temple rant that drew him to the organization, posted to YouTube by Brian Werner, a former death metal vocalist in the band Vital Remains. “It’s become a very liberal, compassionate, borderline hippie-like outlook on politics and societal issues,” said Werner.

“If this guy is leaving the Satanic Temple for those reasons,” Astaroth recalls thinking. “That’s exactly where I need to be.”

A year later, Astaroth established New York City’s first Satanic Temple chapter, pulling an online community into a real-life group roughly 80 members strong, the first IRL chapter in the city. The goal: to make it “not just accepting of LGBTQ people, but an enthusiastically accepting atmosphere for LGBTQ people,” he said. In other words, the kind of group he’d longed for as a teen in Ohio. To wit, the first question on the New York chapter’s membership application asks for one’s preferred pronoun, which establishes a communal sense of respect while also acting as a safety net. “If someone takes the opportunity to answer it in a flippant way, they’re just not going to be a good fit for our chapter,” Astaroth said.

This would have been news to me six months ago. At 26 years old, newly lesbian, and navigating the tail end of a five year relationship with the man I loved, I didn’t know what to call myself aside from “confused.” Figuring I might as well lean into that untethered panic, I attended a public forum hosted by the Satanic Temple’s LA chapter. Held at a biker bar in the suburbs, I showed up wearing mom jeans and fit in seamlessly, and I’ve since become a member in good standing.

Since then, I’ve been consumed with all things Satanic Temple. As someone who identifies as both gay and queer—queer in the modern sense of rejecting binary thinking—I feel at home in its embrace of complexity. As it turns out, I’m not alone.

Read the full article on VICE