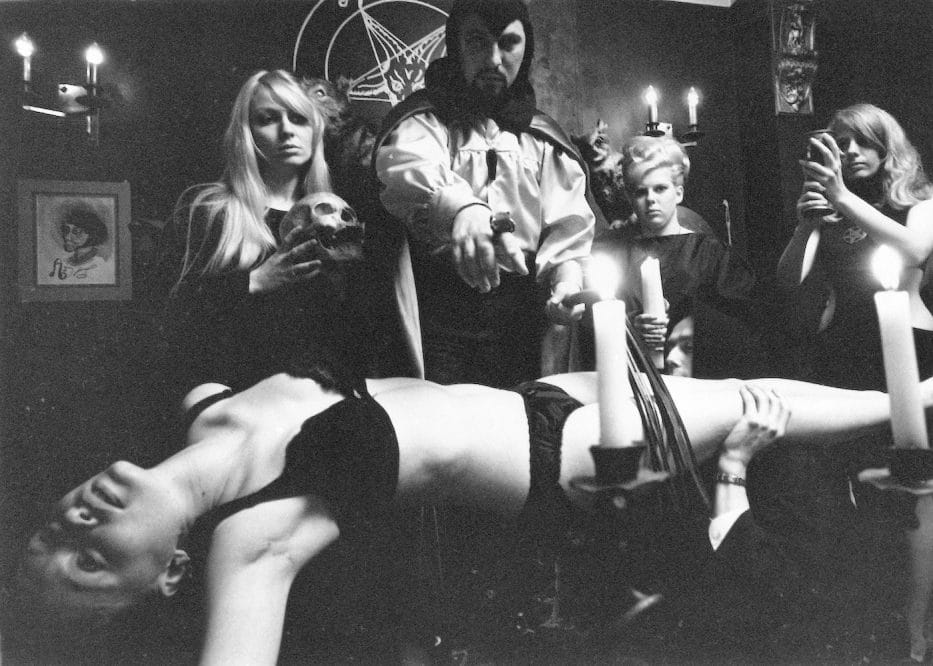 If asked what is Satanism in 2020, outward appearances might suggest it’s posturing in the comment sections of Facebook groups. This follows a boom in recent years, with media coverage giving various factions a higher profile. Social clubs aside, what is Satanism in 2020? In order to find the most comprehensive answer I am breaking this up into three parts. Right now, we are looking at the modern model assembled by Anton LaVey. The second part will cover the Black Mass and left hand path magick. The third part will delve into factions outside of mainstream with a more theistic slant.

Similar to my other forays in the occult here, this might not reflect the beliefs and views of Cvlt Nation. I am opting to play the Devil’s advocate asking what are other ways we might view Satanism in 2020. This topic is no different from the polarizing views of us vs them, right or wrong, where there might be more than two ways to see this. 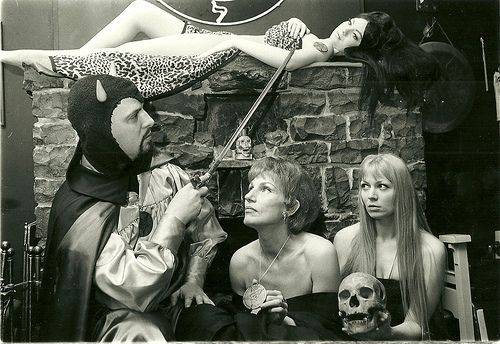 I bought my first copy of the Satanic Bible in the summer of 1986. Its philosophies influenced my worldview. The emphasis on self-empowerment inspired me to question everything and not accept any one person’s words as the absolute truth – even if that person was Anton LaVey. Earlier I credited LaVey for assembling, not creating, the modern model of Satanism. He did not come up with any of these concepts. LaVey collected them and re-marketed them – a skill learned from his days in carnivals and burlesque.

This is where followers of the Church of Satan might cry out, “How can you be a Satanist when you are violating the first Satanic rule of the Earth by offering your opinion?!” 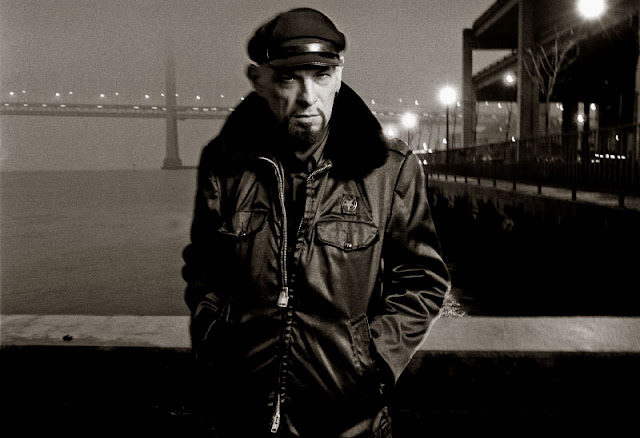 I’m not one to follow rules, even those set down by Anton LaVey. However, the first Satanic Rule of the earth says … unless you are asked. Consider this my blanket answer to the dozens of messages asking for my opinion on the current climate, those opposed can refer to rule 8 and not complain about anything you need not subject yourself to. 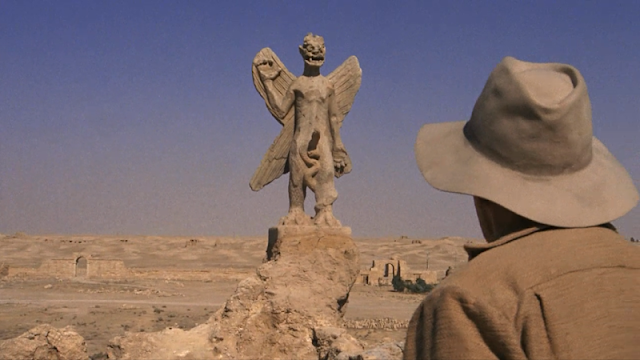 The old joke is, What do you call Satanists who believe in the Devil? The punchline: Christians. The false premise here is to assume the only archetype of the devil is a construct of Christianity. Wooden statues of devils discovered in Europe were carbon dated at 11,000 years old. There are even devils worth your time that go back to 4500 BC, the most notable being Pazuzu. Yes, the same one who gave Regan a hard time in the Exorcist. Blatty should have asked himself, “Why would the power of Christ be compelling to a being created before Jesus? And what version of Hell was his mother supposed to be sucking cocks in?” 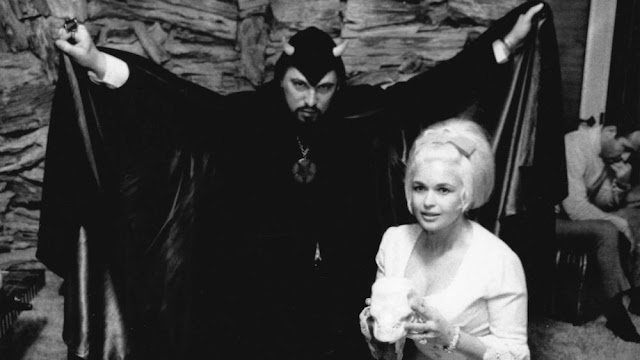 Satan, however, is an Abrahamic creation. So in defining what Satanism should be, the most obvious prerequisite would be a direct opposition to Christ/Jehovah and their system of values. In his description of the black mass, LaVey mentioned even back in the 60’s that Christianity’s power was greatly diminished since the days of the Inquisition. He went on to say blaspheming the beliefs en vogue would be more effective, and since this was the 60s, those were the liberal hippie movement. Fair enough, since Jesus was the original hippie, preaching about turning the other cheek along with other vapid sentiments of peace and love. So it’s obvious in 2020 that anything resembling hippie beliefs should go out the window in order to create a paradigm opposing that of the Jehovah myth. Self-empowerment, rather than helping the meek inherit the earth.

In order to know your future, you have to know your past. The roots of Satanism that influenced LaVey’s take on it go back to Europe. Not one to relinquish any credit to be taken, it is significant that Anton gives a brief shout out to these roots in the chapter on black masses. Granted, he throws ample amounts of shade at the same time. He traces it back to France, a fair enough start if we are just talking about Satan. He fails to mention Gilles des Rais, who was not only an occultist, but the inspiration for Bluebeard and skips ahead to the mystic heretic Jeanne-Marie Bouvier. Bouvier was too tied into the Church to be called a Satanist. It’s Catherine Monvoisin, who performed Black Masses in 1666, who better fits the bill. Obviously LaVey also admired how she marketed her services to the aristocracy as the best poisoner money could buy. 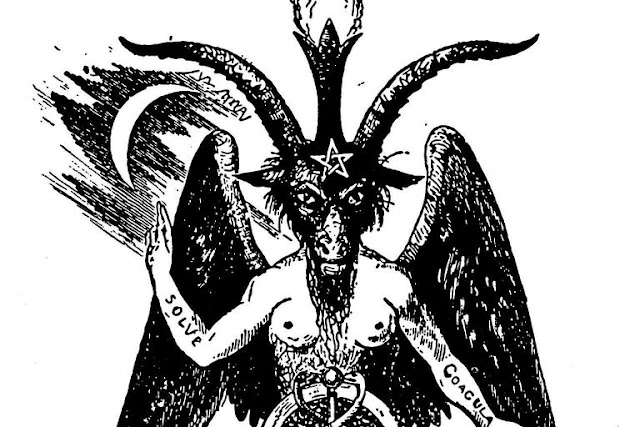 LaVey also refers to Francis Dashwood’s version of the Hellfire Club as Satanism for fun and games. First founded in 1719 by the Duke of Wharton, the Duke’s version was more fun and games than Dashwood’s 1752 club. Dashwood’s club interestingly adopted the motto “Do What Thou Wilt.” Francois Rabelais coined this phrase in his 1530 book Gargantua and Pantagruel, a phrase used by the monks in the book at the Abbey of Theleme, where the monks were referred to as Thelemites. If you have an interest in the occult this might sound familiar. Borrowing from other sources is nothing new for occultists, so LaVey learned from the best or in the case the Beast. LaVey also refers to the era of Eliphas Levi as Satanism being white-washed. Levi – an occultist, not a Satanist – knew the value of symbolism. He created the image we now call Baphomet. Unless you are an organization that existed before 1856, I would not try to sue anyone over copyright infringement over Levi’s Goat of Mendes.

In this same chapter, LaVey questions the validity of other post-Levi occultists Macgregor Mathers and Crowley, neither of which ever claimed to be Satanists. LaVey commonly dismissed early European occult work as being too wordy and not accessible to laymen. This misses the point, since the word occult means “hidden.” LaVey did value them enough to dress up John Dee’s Enochian calls that were found in Crowley’s books of the Equinox with diabolical imagery.

We will get into the nuts and bolts of black magic in part two. In how this holds up in 2020, what has endured was a legacy created by LaVey’s strength in synthesizing these varied elements. He was particularly adept when trying to meet a deadline for Avon Books. This resulted in perhaps a more liberal use of “Might is Right” and Ayn Rand to flesh things out quickly. LaVey laid the ground, but did his Church evolve in the way he wanted? After his death in October of 1997, his partner Blanche Barton took over. She later stepped down and Peter Gilmore took her place. Gilmore’s version of the Church seems to focus on being the one “true form of Satanism,” leaning away from the more metaphysical elements of the Satanic bible and holding firmer to being atheists/ humanists. 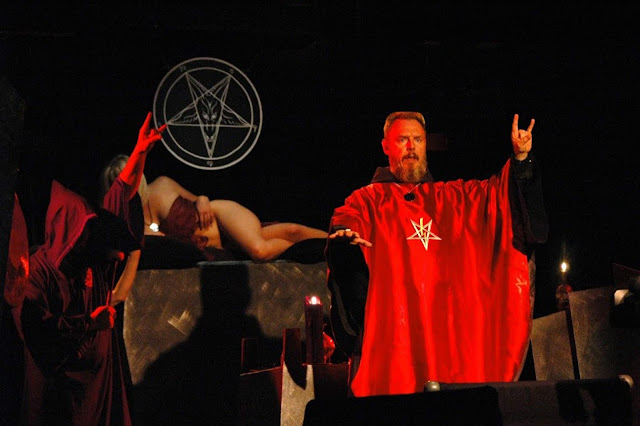 The Church’s followers not only fall in line with the one true Satanism sentiment, but show a decreased sense of autonomy. This feels less than Satanic, considering following the groupthink of a dead man’s words feels like the kind of sheep-like ways of Christians, rather than seeking a more iconoclastic approach. Regardless of the current crop of followers under Gilmore’s watch, LaVey laid the groundwork for giving the devil his due that still burns brightly today. How did his magic hold up? We will get to that next time…

In this article:anton lavey, Satan, satanism, the Church of Satan, the occult