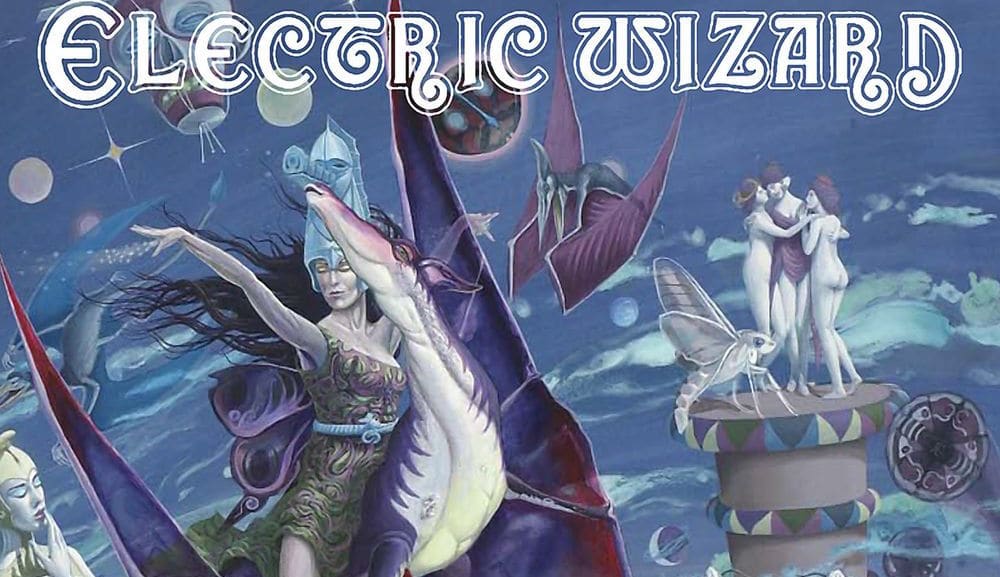 With Dopethrone turning 20, it feels like a good time to explore the rest of the Electric Wizard records to see how their particular brand of monolithic horror-doom has developed. Today, we start with their gloomy self-titled edition.

Electirc Wizard is a loose, jammy record, with a softer psych aesthetic compared to later outings. It’s curious, explorative and not too dissimilar to the early Floyd or even some of the prog rock records of the 60s, but with a darker tone. The sense of exploring vast vistas of space is achieved by the thick guitar layers, the interplay of the lazy bass groove with guitar effects scraped over a lifetime and the interstellar plod of the drums.

“Stone Magnet” sets things up, dragging out a chuggy cro-magnon riff whilst Jus Oborn drawls over the top. “Mourning Prayre” builds on this, a little faster, the riff a little more intricate before stuttering out. “Mountains of Mars” is a significant break from this, exploding into a trippy, dreamy, explorative track, reminiscent of “Interstellar Overdrive” but on different drugs. It’s here that the record flexes its psych muscles in a way that we haven’t seen before.

Switching back to the battle riffs on “Behemoth,” present the most antagonistic, belligerent riff yet; however, when they dissolve into whispered sections halfway through, the psych elements interrupt the flow somewhat. At this point, it’s clear what their influences are and they they’ve not quite managed to successfully marry all of them, though the build up back into mass and volume in this track is masterful, exploding into a chaotic blues solo. “Devil’s Bride” and “Black Butterfly” are both big riff affairs, both dripping with venom and contempt as the guitars wail out, the album’s misery gradually escalating.

“Electric Wizard” starts with an almighty crash, allowing the guitars to ring out before the chuggy riff builds up and things take off a bit. Oborn’s sprawling vocals about wizards and dragons by now form part of stoner mythology, just as Sleep’s do; here there’s a clear link to the psychedelic imagery that would come to make them famous. This track has a tighter structure than anything else on offer here, adding a dash of discipline. “Wooden Pipe” is a few seconds of watery build before Illimitable Nebulie emerges form the swamp, again leaning heavily into gloomy, watery psych. “Mourning Prayer Pt 1,” capping off the 2006 re-release, is a little busier on the drums, adding a little more vitality to the cut and thrust of the record as it comes to a close.

Here, the approach to stoner doom is loose, with plenty of melody – a great starting point for more exciting, devastating material to come.