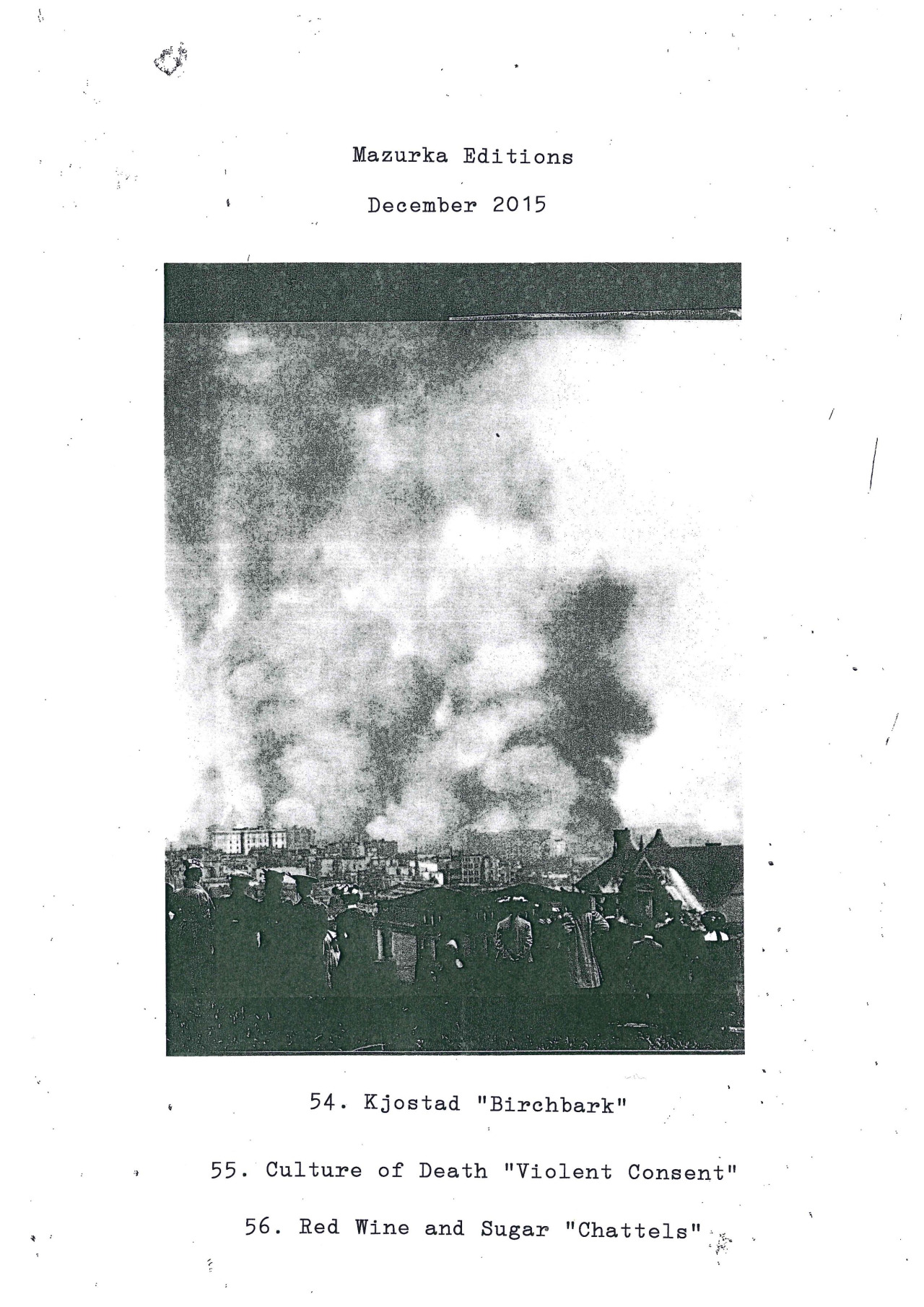 Mazurka Editions caters to tasteful stagnation. The Australian tape label has released Pleasure Island, V. Sinclair and Purity of Essence that all connote its “Post Industrial Malaise.” Jarrod Skene, the artist behind Mazurka Editions, can’t quite articulate what all this is after.

I really couldn’t say that there’s intent to produce a feeling – of unease or otherwise – in the listener. Certainly not a conscious one. If it happens, it’s a symptom I have no control over.

‘Post Industrial Malaise,’ the compilation [A Well Full Of Water That Will Heal Nobody] and another one set for release during early 2016 entitled, The First Thing That You Want is the Last Thing That You Need, have poetic and associative value for me. ‘Post Industrial’ might be taken a bit more literally as a referent to genre perhaps, and this is an area I think a lot of the work represented on Mazurka falls into. Terrain vague to be sure, but full of sickness, malaise, isolation. “Terrain vague” – the post-industrial tag, as pretentious as it reads, caught hold – yet how tightly is unclear. It came after Throbbing Gristle’s Industrial Records that released SPK and William Burroughs. It was Nine Inch Nails. It was also Taint, Merzbow, Godflesh and Inade – the endless variations on an intangible theme. The crematorium at Auschwitz; its withered monochrome facade that marked Industrial Records was probably the best symbol for the music’s impetus. To be sure, its relevance has decayed still more at the end of 2015. Mazurka Editions cultivates industrial music’s half-life.

Mazurka’s music is sparse. It’s populated by field recordings, drones, pulses. Still, these are spaces sometimes resembling rusted chambers, but truly the void. The void of the almost empty space pockmarked with what once was, and now harkens emptiness.

I began Mazurka Editions during June 2013. The idea of curating a label was one that I’d been thinking about for quite some time. It’s still a work in progress, but the intention is to develop, refine and promote a visual and sound aesthetic. The artists I work with are coordinates on this map, and my visual sense is its garb.

Formally, I have a background in modern languages and art/literary history. Though, over the years, design and visual culture have come to dominate my preoccupations. Mazurka is the chief outlet for this.

What challenges language can still be articulated by sound. Skene chose Mazurka for this reason. The bevy of artists expand on its meaning.

The choice of name relates to a very visceral response I have to certain words. Their form, shape, feel, physicality – distinct from any sense of communicative meaning. ‘Mazurka’ has always fascinated and attracted me in this way. Its associative shape also attracts me, in that it refers to something with classical or folk connotations, perhaps, which sets up an opposition or tension with the sounds on Mazurka, and which appeals to me deeply.

You see, I believe that each release is a statement of some kind, the essence of which remains a mystery to me. I’m drawn by these sounds and I can’t clearly articulate what they share or what they reveal about their creators or me. What I can say, though, is that for me the curative act is one grounded in intuition; it’s enigmatic, amorphous and full of a strange strain of doubt.

Mazurka is close to reaching the end of its initial stage, and while cassettes will remain my medium of choice, I intend to commence a vinyl-only presence, Les Vases Communicants, during 2016. The first two artists I’ll be working with on this are Remnants and V. Sinclair. Les Vases will be a departure of sorts, visually, but will remain an amputated limb of Mazurka.