Capturing the beauty, bravery and profound impact of people who have narrowly escaped death, photojournalist Emily Goddard has revealed a unique project named ‘When death leaves his mark’. Born from her morbid curiosity with the ever real possibility of our own mortality, the compelling series presents a variety of injuries which serve as a reminder of each powerful story.

The raw representation of the marks in the images is intentional, often scars are something we are taught to hide or cover, but Goddard says she feels “lucky” in the fact that her participants were so willing to bare all. It is this willingness and confidence that was a further confirmation that they should be seen as “warriors” who have won a battle rather than victims.

Jamie’s scars resulted from an aircraft fire and it took him three years to come to terms with the way he looked and the way people then looked at him. Still he has found a way of joking that he now knows what it feels like to be a B-list celebrity. Ben hardly ever thinks about his head scars other than when he goes to the barbers. But when it does come to his mind, he runs his fingers along the “trench-like” space from the top of his head to his ear – a reminder of how serious his surgery was. Mike shows his scars to friends in the pub, transforming the scars from his injury into multiple works of body art. Ben’s casual drag on a cigarette, Mike’s almost superman stance exposing a large cleft on the stomach and the look of acceptance on Jamie’s badly burnt face, the strength of the subjects in the images challenges the stigma of flaws and rejects society’s obsession with perfection.

From frontal lobe lobectomies and aircraft fires to the fresh incision left behind from a close call with cancer, Goddard’s lens captures the physical impact of the tragic life changing events. We spoke to her to find out more.

What drew you to the subject ofscars, particularly ones that have resulted from near death experiences?

Emily Goddard: I have always had an inquisitive fascination, in the most innocent way, with deformities and scarring. It started when I was a child and my godmother’s late husband had some type of large spherical growth on his cheek. I remember it being quite shocking. Similarly, without wanting to sound too peculiar, I have a morbid curiosity for death, I find it enthralling and terrifying in equal measure.

As for this specific series, I wanted to highlight that near death experiences come with dramatic scars that are both emotional and physical, only you can’t see the psychological ones. I called the series ‘When death leaves his mark’ because he clearly does in a number of ways. For instance, Jamie spoke to me about feeling suicidal and wanting to die following his accident, but this would never be apparent to anyone meeting him now as he is such a spirited character. All the people in this series have escaped death narrowly and while this is amazing they did not escape totally unscathed. They are all just incredibly brave and strong people, that sounds insincere and patronising but I hope you know what I mean.

People often say that every scar tells a story, what are the stories behind the images you captured?

Emily Goddard: The stories behind these scars are widely varied. For instance, Ben, who had the frontal lobe lobectomy, developed a deadly brain infection after having sinusitis, Gezz battled testicular cancer and thought it had gone before being told it had spread to his stomach – all this had happened by the time he was just 31. Most dramatically, Jamie, a private in the Parachute Regiment, basically was burned alive to within an inch of his life in an aircraft fire. He was flying solo, had no parachute and knew his only chance of making it out of there meant slowly lowering what was a fireball of a plane and jumping out when he was 15ft above ground and at a speed of 30 knots. He suffered 63 per cent burns to his body and was given a five per cent chance of survival by doctors in the US where the accident happened (in Florida). He spent six months in a drug-induced coma and has since had more than 55 operations. Following on from this he has completed marathons, climbed Mount Kilimanjaro, cycled across the US and completed countless expeditions across the globe. He also took part in the first Invictus Games in London. Mike, meanwhile, had a serious moped crash and was not expected to recover.

Scars are quite personal and a lot of people have hang-ups about certain scars they have. Was it difficult getting people to bare all?

Emily Goddard: I am particularly aware of this and feel truly grateful that these people let me shoot them at what can only be their most vulnerable. Taking off your t-shirt in front of the camera would most likely feel intrusive even for people who don’t have scars. I am very lucky to have found people who were all exceptionally open, willing to talk at length about some harrowing experiences and be photographed. I hope the photos do them justice.

There’s a certain vulnerability to exposing your body and your scars yet the people in your photos do not look uncomfortable or defeated. Does the strength in the photos reflect their feelings towards their injuries now?

Emily Goddard: I don’t think for a second that it could have been easy for these people to not only show me everything but also let me record it visually in a permanent way. I hope I made them feel comfortable. I think it also just goes to further underline the bravery of them all. They most certainly don’t feel like victims, more warriors who have won the most challenging battle of all. I believe their strength really shines through. I particularly love the look of dogged determination on Gezz’s face; it highlights his strength of character. He smiled an awful lot when we met for someone who had been dealt what could be considered as a really bad fortune and particularly considering he was only just six weeks post-surgery. He was given the all-clear days after I took that photo.

Head over to Dazed Digital for the rest of this Feature! 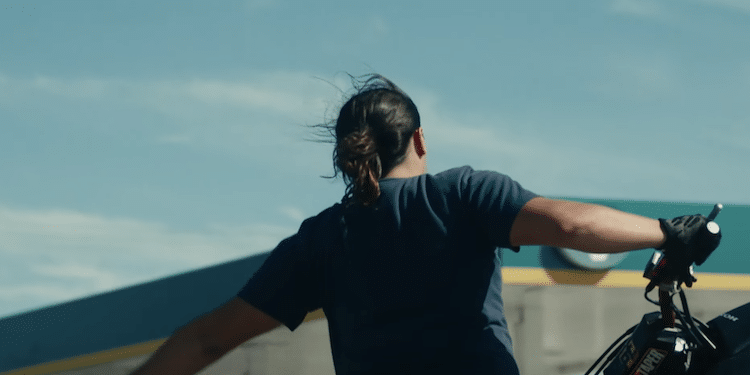 Bikes Up, Guns Down, A must see Mini Documentary

Via Dazed Digital On a suburban road lined with palm trees and bungalows in Miami, Florida, a group of bikers rev their engines before...

New York is the supposed the city of BIG DREAMS, but it’s just as likely the city of nightmares. I know what it means...