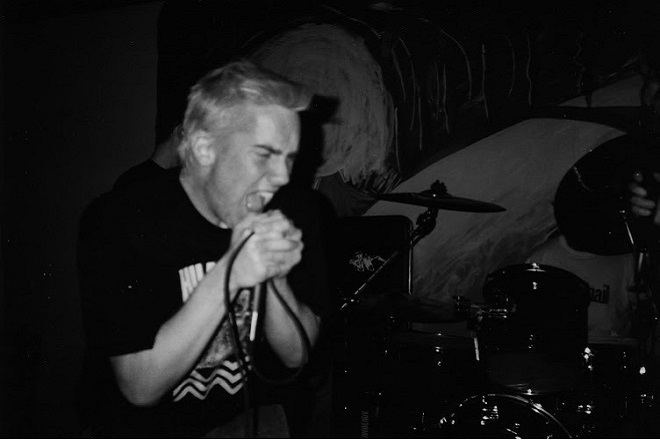 Marking its 20th anniversary since being released, this legendary split from Ottawa and Jihad has been set in stone as a classic of the 90s DIY Hardcore movement. Ottawa managed to mesh blast beats and infusions of hardcore to form a sound akin to the famed Tolkien “Uruk-Hai” Orcs battle cry. The music assaults the listener, while duel vocalists rained  down vicious explosions of political commentary. They were based out of Dearborn, Michigan, which to this day is a blue collar neighborhood where the Ford auto company also claims its home. Jihad, on the other hand, lumbered forth from the west side of the state, claiming  the college town Kalamazoo, Michigan at their home turf.  With a churning, bass-heavy sound and glass-swallowing vocals, Jihad was the perfect soundtrack to a man being set on fire, clawing his way across a concrete sidewalk while fighting for his very life. Separated by about three hours, on opposite ends of Michigan, they were brought together to form a colossal split album, which when released was met with glowing reviews. Even to this day, both sides of this release stand up to the test of time. Still managing to maintain the anger, brutality and relevant socio-political commentary that has become a hallmark of hardcore music.

To commemorate this milestone, I was able to track down the dark wizard who summoned up this unholy piece of vinyl. Currently calling Philadelphia his base of operations, Eric Kane formed the label Abiology Records while still living in Michigan. He was more than generous to offer a glimpse into the forging of this often-referenced and hard-to-find split LP.

During the year 1994, you had just graduated High School, correct? While most people would have been enjoying their summer before college, you decided to undertake what must have been a massive financial investment at the time. When did the idea of doing a split with both bands form? Was this self-released, or more of a communal investment by yourself and both bands?

It didn’t turn out to be that huge of a financial investment. It was a split release with Council Records, so the cost was shared there. With scammed copies for the covers and inserts, alongside the standard practices of the day – such as soaped stamps and phone dialer s – we were able to keep the costs way down.

Detroit, Ottawa’s stomping grounds, and Kalamazoo, Jihad’s point of origin, were sister scenes to each other back then. Coming from Detroit, we would make a weekend out of the trip by going to a punk show and stopping at a place called Radio Killroy for record shopping on the way home. Even though they were across the state from one another, a lot of people would come out for each others show quite often, and a lot of friends were made that way. Considering the amount of material that Ottawa recorded, say somewhere in between a seven inch and an LP, it seemed economical to do a split, and Jihad were good friends and a good fit. If I recall correctly, the photos used for the release were taken from the famous Heidelberg Project, located in Detroit. What made you choose this location and its various sculptures for the album’s artwork?

The Heidelberg is an amazing project that has been been around a long time. My earliest experiences with it were pretty formative in how I came to see Detroit as a city. The fact that someone took a decaying neighborhood and transformed its streets into an art project is pretty powerful. I had taken a lot of photos there, and showed them to everyone when we were discussing the artwork. I supposed it meshed with the spirit of DIY punk to just take control of our environment and create something expressive in the cracks. While the original artist would talk about an overwhelming Christian theme to his art, there was definitely a strong undercurrent of political commentary in what was on display. Plus, the weather-beaten mannequin and doll heads nailed to an upside down flag created an image that meshed well with the ugliness/anger/politics of the bands that were on the record. Ottawa turned into something of a mystery after this release, as they had only played six shows and had broken up by the time of the album’s release. Did this present any problems or concerns? Or did you know that regardless of their status, that this record had to be put out?

That’s not really anything that we had considered when putting this out. Putting out records in the 90s was a lot different than any other period I’ve experienced. There were a ton of DIY distros and a tight scene that, for the most part, supported and communicated with each other. My least favorite part of putting out records was always the selling them part. This was mitigated in this environment by being able to trade and get to know the people who were running whatever distro in whatever city across the globe.

We had decided to go with pressing at Archer Records in Detroit to save on shipping costs, more so than on any practical recommendation for quality. This was a bit of a disaster in the beginning. Maybe we should have taken it as an omen when on a tour of the plant, we spied the current project being produced was something called “Sir Mister Big Dick” (porn vinyl? I still have no idea). The first pressing was littered with vinyl of varying thickness, from sub-standard to some that would flop over if you held them upright by the edge. The customer service around the issue of not being satisfied with 12″ flexi discs amounted to being told to fuck off. Obviously, it eventually worked out, and 3,000 records were printed across 5 pressings, and along the way 4 of them mysteriously appeared on green vinyl.

The Ottawa side was remastered years later, and then sat on for a long time until re-released by our friend Jordan at Residue Records in late 2010. Upon release, the album was showered with positive, if not perfect, reviews by underground zines such as HeartattaCk. In looking back at it, I feel like this was a monstrous release for the scene at the time. Comparable to “Fifteen Counts of Arson” by “His Hero Is Gone” and “…To Reduce The Choir To One Soloist” by German legends “ACME” in regards to its impact and long term meaning for the DIY scene. Do you have any sentiment on its lasting impressions over the years?

I was really glad that this record had positive reviews and has been looked at as a great record by many, but I don’t know how to gauge if it has had some grand influence over the genre. It’s always meant a lot to me because of my personal involvement and it being made my people who remain to to this day my best friends.

I think the origin of Ottawa is an interesting piece of hardcore history here. Ottawa was actually a side project of the band Current. Maximum Rock N Roll was the defacto publication for punk and hardcore and had been for a long time. They had just started to refuse to review records based on a loose criteria of “not being three chords and pissed off” and Current was brushed off into that category. As a reaction to this rejection, Ottawa was born. I actually contributed to the “controversy” by writing a letter to MMR/ Tim Yohanna. It basically said that the policy coverage made sense and that they could decide to publish what they wanted and if there was a gap in coverage – people should start their own magazine. Like HeartattaCK did for a good run. Looking back, it was  damn good decision for MMR overall, I mean where would they be if they had been watered down by bands like The Promise Ring and all that bullshit. I think the point for Ottawa was that they were pissed and proved that they could make that music if they chose to. Finally after all was said and done, what changed in your mind in regards to the DIY movement after this experience?

I can’t say that much changed in my mind about DIY culture. Putting out records was a logical extension of involvement in punk. It had started with making my own silkscreens, then I put out this record, that started a record label and distro, I did a zine for years, friends bands needed shows so I ‘d book them, all in addition to being in bands. These things are just small pieces of what makes DIY punk work, this is the shit that people are doing every day. Not to get all “Glory Days”, but the way the scene worked together back then made it pretty easy. Which should really read as me having a lot of respect for the people who still run DIY labels and distros and who book shows.

Thanks so much for your time Kane, and also for digging those Ottawa photos up. 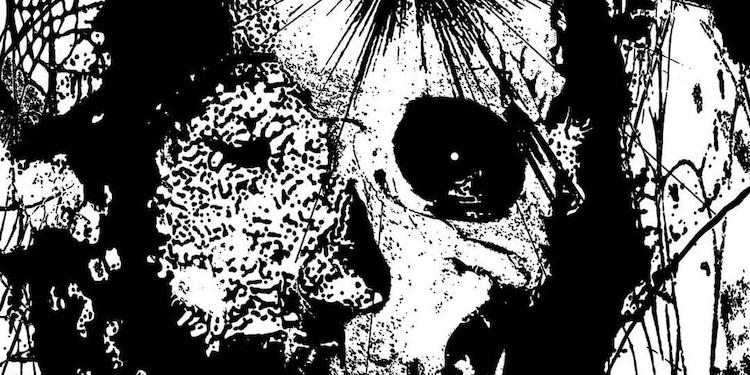 Get crushed by the MORATORIUM ‘Night Mothers’ EP

When I hit play on the new EP from MORATORIUM, the steady groove of the drums and the heavy warmth of the riffs had... 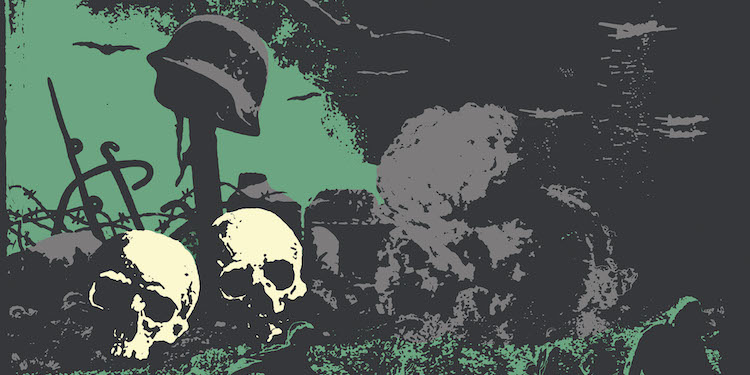 Get High with SAINT KARLOFF “At the Mountain of Loudness”

The minute I hit play on this video from SAINT KARLOFF for their song “At the Mountain of Loudness,” my brain was screaming “YESSSSSSS!”... 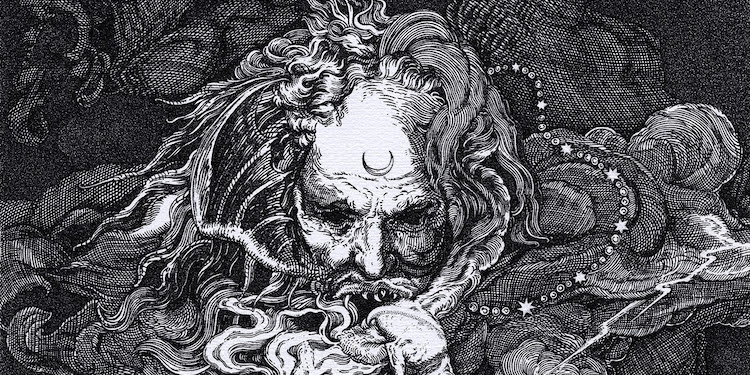 Hear these depraved new tracks from EGGS OF GOMORRH / SARINVOMIT

Do you know what pure pain sounds like – the grinding of cartilage and crushing of bones, the gushing of blood and tearing of... 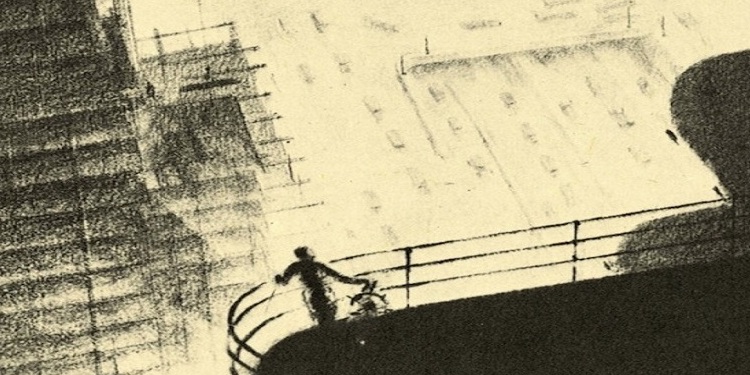