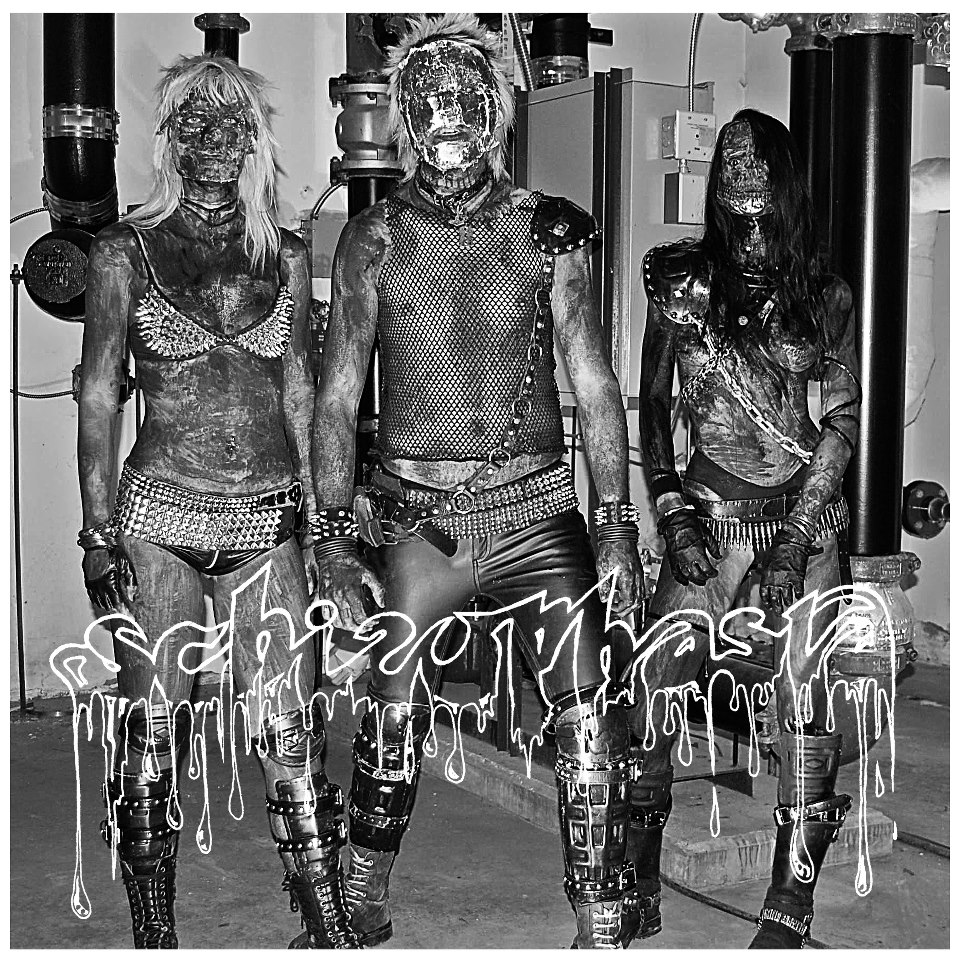 Deathangle Absolution, the newest incarnation of Satanic Skinhead Propaganda, just released 5000, an anti-fascist, anti-racist album by Canadian noise punx Schizophasia…on purpose? Schizophasia claims that the head of the label, Antichrist Kramer, had no idea of their political views when he asked them to record an album for his new label, and Schizophasia, instead of saying “Nazi Scum Fuck Off” said “Sure!” and proceeded to record an album of scathing anti-racist songs (read the lyrics below) with song titles written in Arabic script. Once the album released, the band put out a statement to that effect, encouraging people not to support Deathangle Absolution and to buy the record from their own Bandcamp instead, with all proceeds going to anti-fascist activist groups. Of course, there’s a lot of bleating from Antichrist Kramer’s supporters – “he likes punk!” “he’s got Asian and Mexican friends!” “he doesn’t ONLY release racist music!” – and some speculation that he knew what he was doing. Supporters of the label are calling Schizophasia boring, wimpy PC heads, but I’d just like to point out that anti-facists/anti-racists aren’t all peace and love, they hate racists and facists and want to destroy them – plus they’ve got a bigger crew! I’m enjoying this release immensely! Check out 5000 below, plus the band’s statement… Beware such scene parasites as ”DEATHANGLE ABSOLUTION RECORDS”. They are a neo-nazi record label formally known under the names ”SATANIC SKINHEAD PROPAGANDA” and ”AUDIAL DECIMATION”. Most of their catalog is NSBM or racist power electronics but now they are trying to move into releasing punk. It came as a surprise that label-boss Antichrist Kramer asked Schizophasia to release a record on his label. Being the pranksters that we are, we agreed and then proceeded to record a ten-track anti nazi record masked by undecipherable vocal effects and hidden by way of our tradition of writing our song titles in Arabic. Schizophasia has no hatred for any race, sexual orientation, gender or anything of the sort. Schizophasia fully supports confronting racism, homophobia, sexism (to be consistent with your previous 3-point enumeration) and ideologies which advocate for any totalitarian regime. The black triangle with a black bar on the front cover of the LP is the symbol that anarchists were made to wear in Nazi Germany concentration camps. Had Antichrist Kramer brushed up on his history instead of jerking off to the idea of the next race war, he would have noticed that we were up to something. We call out to people not to buy releases from these labels and to actively boycott any Neo-Nazi bands and labels. Don’t purchase this record, unless directly from the band! All proceeds collected by SCHIZOPHASIA will be donated to anti-racist and anti-fascist work. THE JOKE IS ON YOU ANTICHRIST KRAMER/DEATHANGLE ABSOLUTION RECORDS. LONG LIVE ROCK N’ ROLL! LONG LIVE FREEDOM! DEATH TO FASCISM! DEATH TO NAZIS! 04 bash back
this fag aint no wimpy boy
watch your face,youll get destroyed
think you can upset this tranny
think again,shell beat your fanny
this dike wont take no shit
watch your face cause youll get hit
youve just messed with the wrong queer
now you know the meaning of fear
bash back