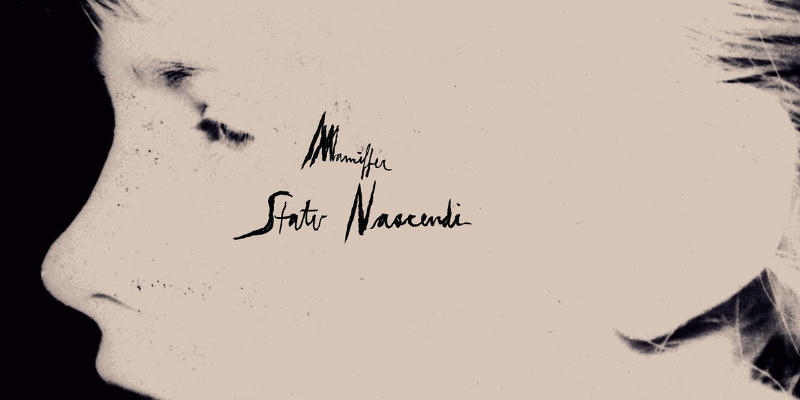 This album made me sink. I hit play and it immediately drugged and sedated me. It’s like a constant flow of morphine, endorphin and psychedelics blowing like a cosmic wind through every cell of your body and causing permanent changes in your consciousness and perception. Every note played, every whisper, every hit of an organ key unsettles you, makes the adrenaline seep out of your flesh and your imagination spin out of control; ultimately, it drowns you in your own dreams. Faith Coloccia has been at it under the moniker Mamiffer for a minute now. She’s been crafting some of the most unbelievable and mesmerizing minimalist ambient post-rock currently in circulation for nearly a decade now, and in this brand new opus of hers titled Statu Nascendi you can hear every ounce of the experience and skill this project has generated within the imagination of Coloccia and of her partner in crime, Aaron Turner (if you don’t know who he is, maybe you should come out from that rock on Mars you’ve been living under for the past twenty years).

Once again, Statu Nascendi sees the duo obsess over their staple brand of lengthy, oozing, and celestial ambient soundscapes that have the texture of ether but the weight of a black hole. The sounds are beautiful and soothing, but the atmospheres are tense and austere. The baritone guitars draw solemn and stern striations of metallic droning, while the organs and field recordings collide and clash in the background, creating a daunting and nightmarish backdrop to a captivating but unsettling sonic dream. There is darkness and loneliness in this music, and you feel it. You feel the walls closing in and the world distancing itself, as isolation surrounds you and seals you off from existence. Only Coloccia’s mesmerizing and angelic vocals are able to keep the breath of life in you and a window open to the world so you can keep grasping at existence. They are your savior and only hope in this otherworldly, desolate, motionless and grim sonic ooze that Mamiffer have carved out for you and placed you in the center of. Fans of Dead Can Dance, Thisquietarmy, Lustmord, Sutekh Hexen, King Eider, Common Eider, Godspeed You! Black Emperor, Jesu, Sunn O))), Death In June, Tim Hecker and the such, take note of all that has been stated within, as in the realm of experimental post-rock, ambient and minimalist noise, this album is a gem that shines of a rare and ungraspable light that must not be overlooked.